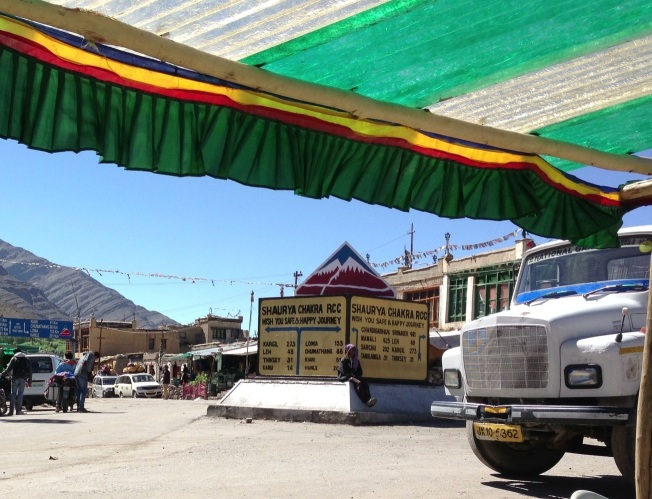 Crossing the river Indus at Upshi represented, from my point of view, the real start of the journey to Manali. The scenery changed quite radically as the road weaved through canyons towards Tanglang La. About 60kms from Leh we made camp by a river. I was impressed by my Swedish companion’s stamina. As a novice cyclist he had completed a fair distance without any major difficulty. 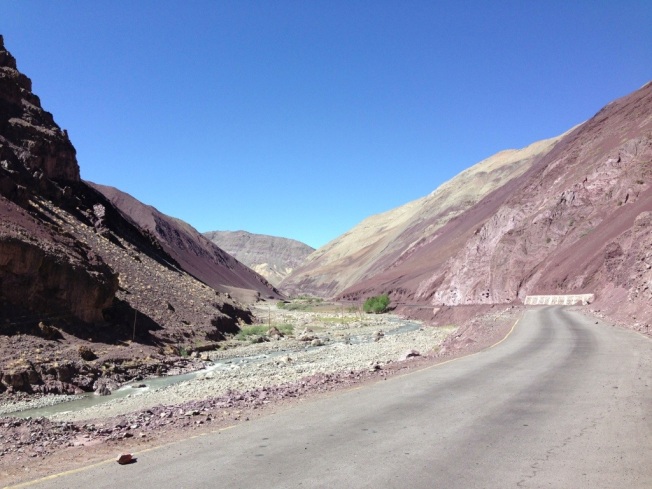 The valley widened and the road passed through the Ladakhi villages of Rong, Gya and Rumtse. A stop for tea and then off again. 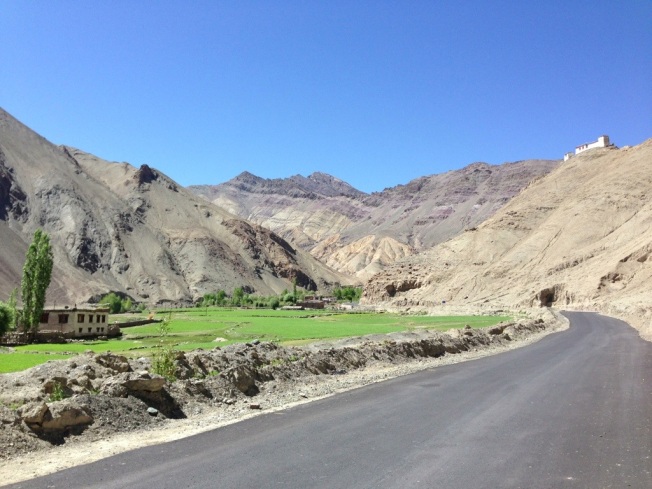 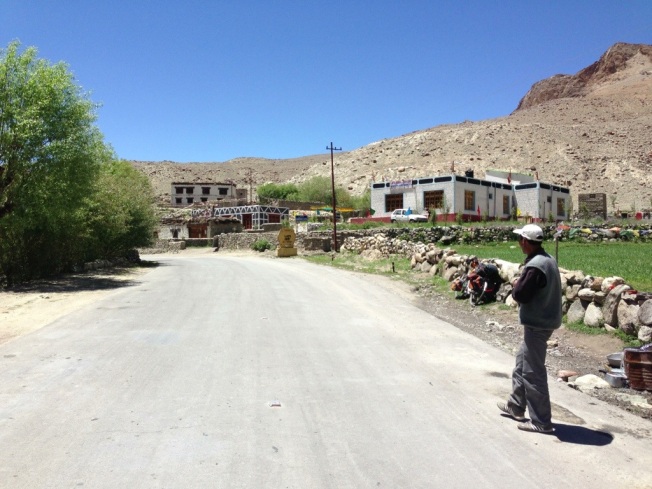 My intention was to ride beyond Rumtse (4,100m) and get as close as possible to the main ascent to the pass. At 5,328 metres the Tanglang La was to be the first and highest pass to cross. There were two main considerations and which also applied to the other passes: Firstly the altitude. I felt it important to further acclimatise before attempting the climb. The potential combination of exertion and altitude sickness could become a serious problem. Secondly it is important to avoid crossing rivers and streams in the afternoon. The snowmelt greatly increases flow often turning gentle streams into raging torrents of water crossing the mountain roads.
With the pass within striking distance I set up camp just short of the start of a major and somewhat daunting ascent. The road snaked up and towards the deep snow through a series of loops. At 4,700m it became the ‘basecamp’ to rest and acclimatise before tackling the Tanglang La. I decided it would be sensible to stay camped at that altitude for another night.
The night was bitter cold and ground water froze. I realised my ‘3 season’ Mountain Equipment Dreamcatcher 300 down filled sleeping bag was barely adequate. Waking early the following morning I walked up the valley across a thick blanket of snow and took a long view at the pass towering above in the distance. Tiny looking lorries wound their way slowly along the road. It felt like a massive task to join them.
Returning to camp I was delighted to find myself sharing my route back with a large herd of yaks. Two herdsman had brought them down from a side valley to graze in the grassy meadows. Once the morning sun hit the valley everything quickly heated up. I sat with the brothers and shared their salty tea made with yak butter. In return I gave them rice which they cooked for their lunch. The yaks spread some distance down the valley. By late afternoon they began to walk back up and without any persuasion from the herders or their dogs. 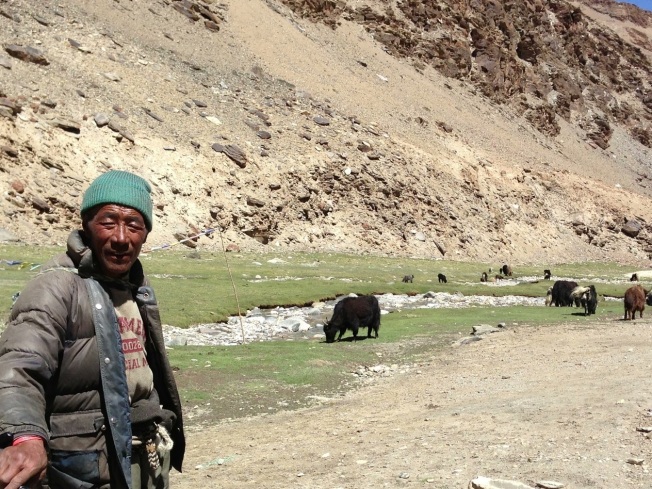 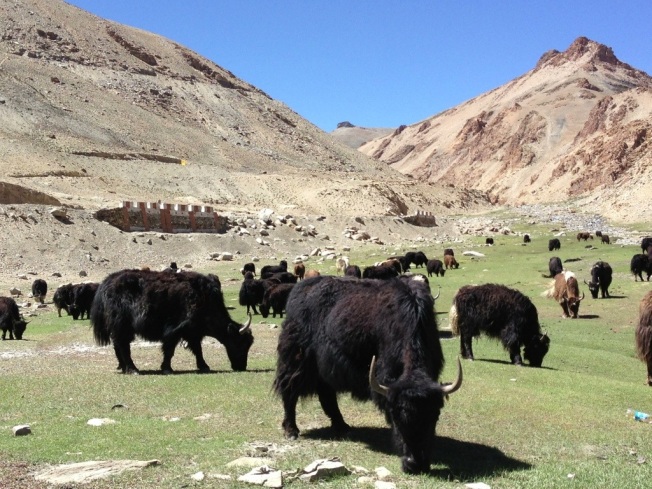 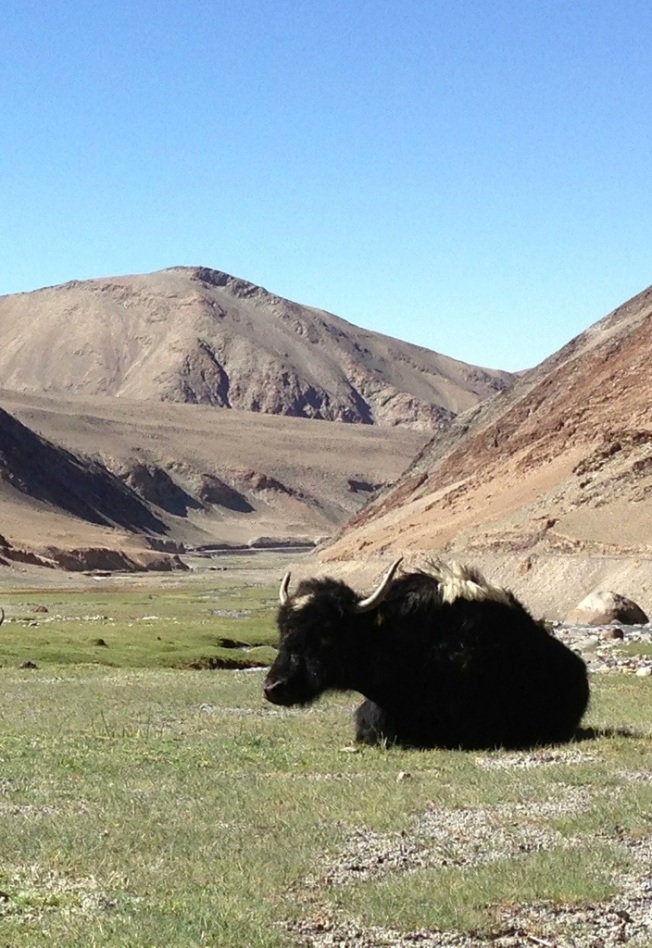 The next day went well. It was an early start before the sun could begin to makes things uncomfortable. The long haul through the loops took us up past wet stony broken roads. Road workers laboured to shore up the worst parts. Thick frozen drifts of snow created high walls alongside. After many hours cycling, the road arced up hugging the mountains until finally reaching Tanglang La at 5,328m above sea level. What a morning! 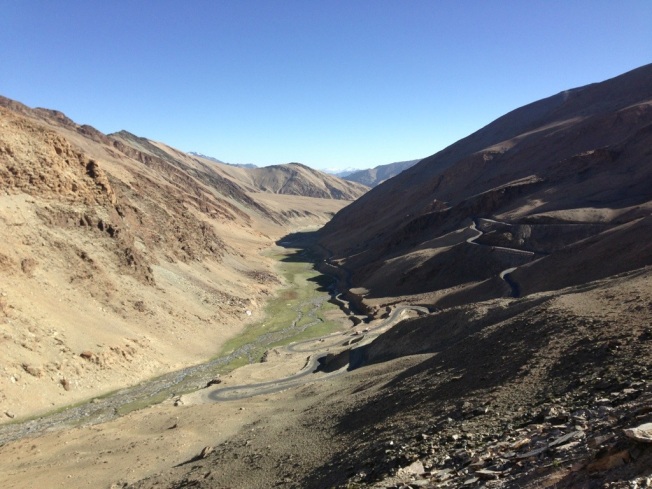 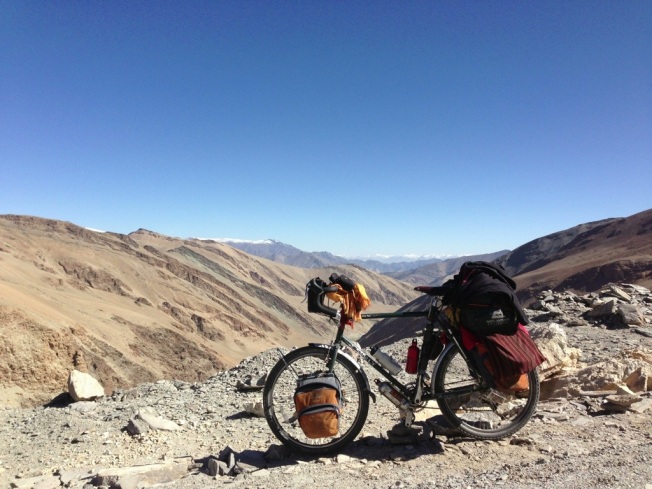 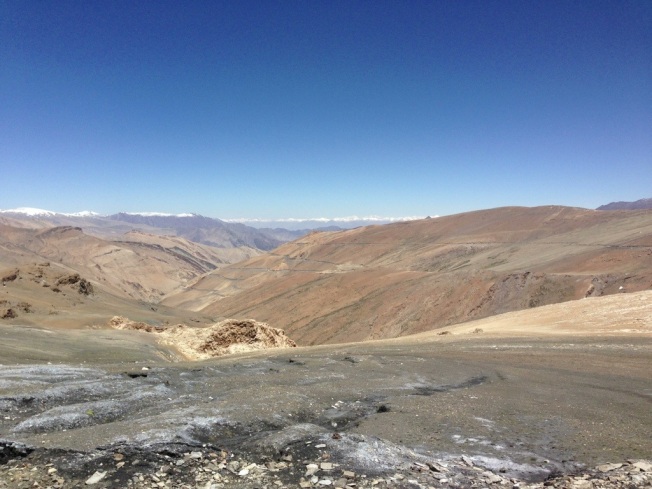 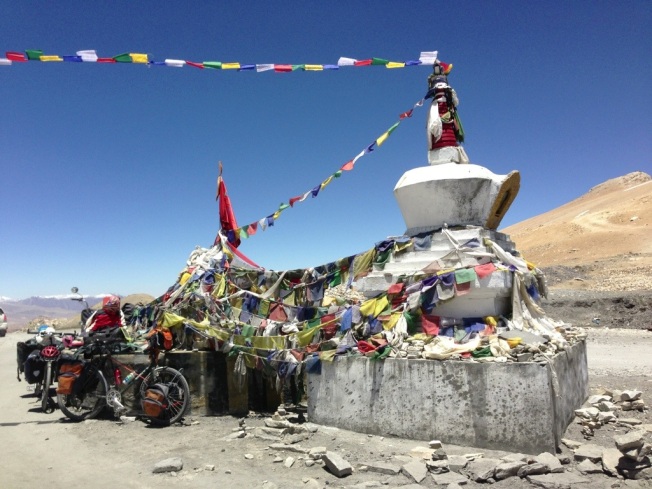 At Tanglang La I made a celebratory fresh coffee using my paraffin fueled MSR dragonfly stove and mocha coffee pot and enjoyed the view from the second highest road pass in the world. It tasted great. 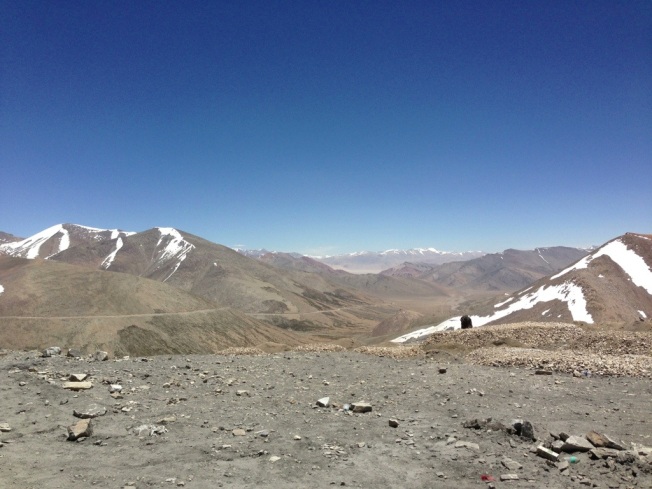 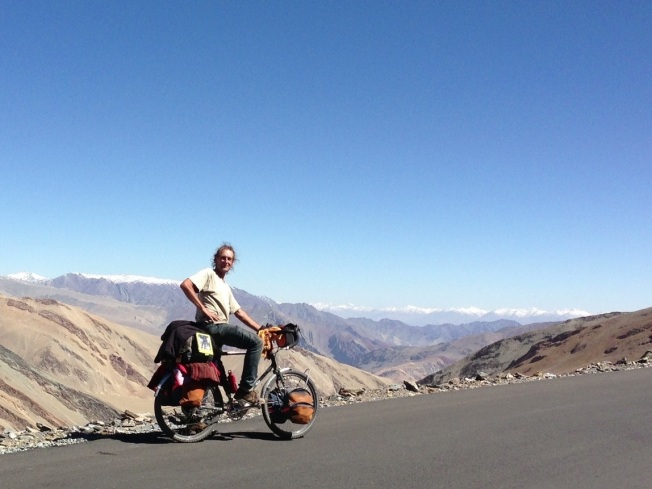