Walking East of the Kasbah En Nouar along the Talaa Kebira main passageway into the Medina led me to The Medersa Bou Inania. The religious and most extravagant monument created during the Merenid period was completed during the 14th Century.  The cost of producing such a beautiful monument were so great that on completion the Sultan Abou Inan threw the accounts into the river and declared that such ‘a thing of beauty is beyond reckoning’. It certainly is a sight to behold even now and has been partially restored to its former glory including a wooden ‘water clock’ of 13 windows with overhanging struts perched above the main entrance in the passageway and also pictured in my previous post. This monument is regarded as the ‘Taj Mahal’ of Morocco. Somehow I slipped, accidentally, into a prayer hall that was supposedly off limits to non-muslims and sneaked some shots. Oops! 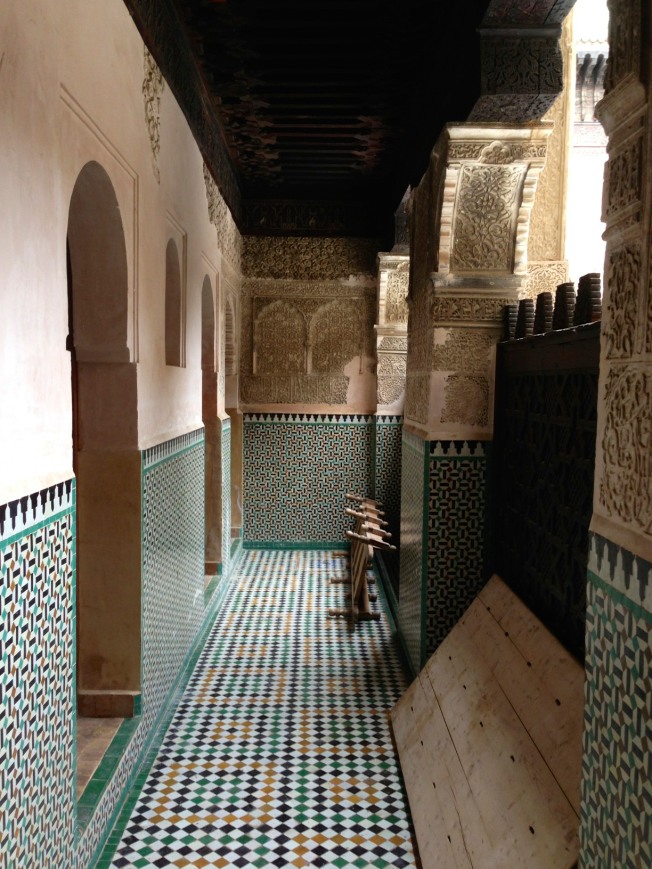 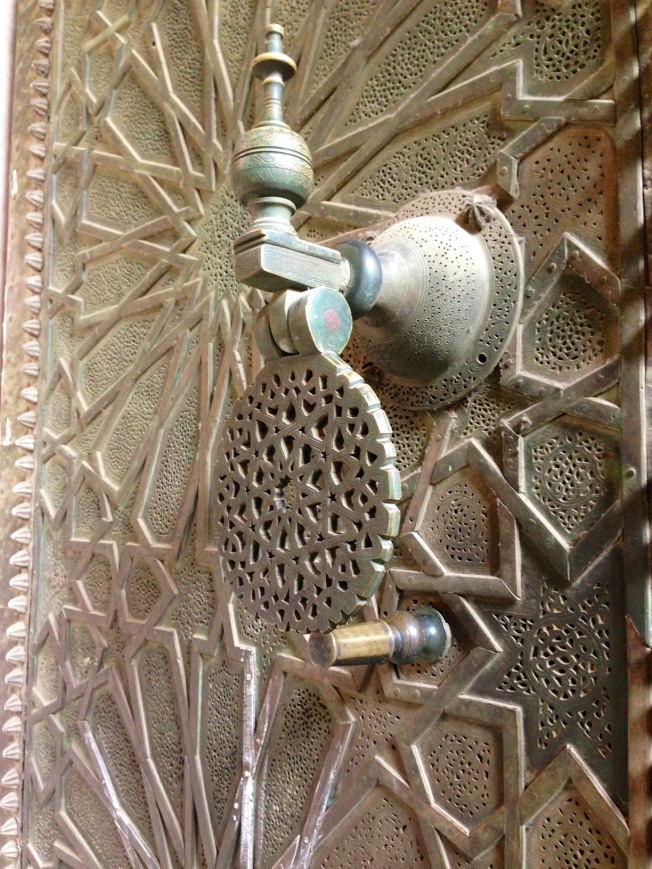 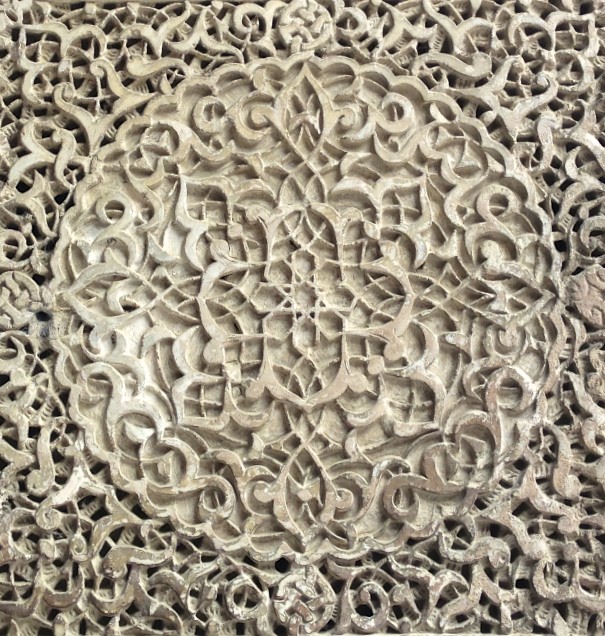 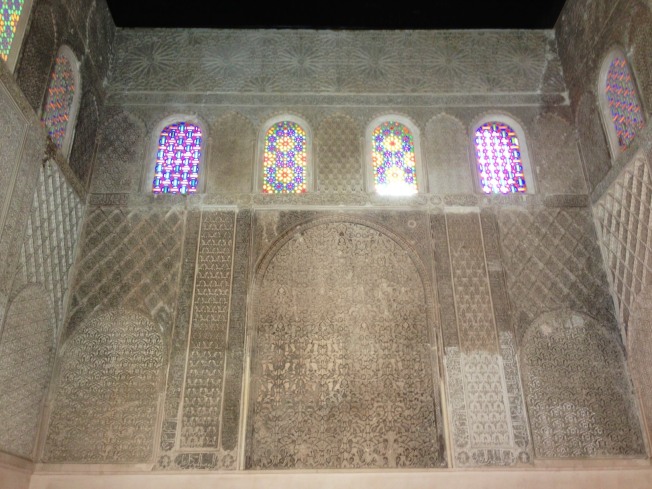 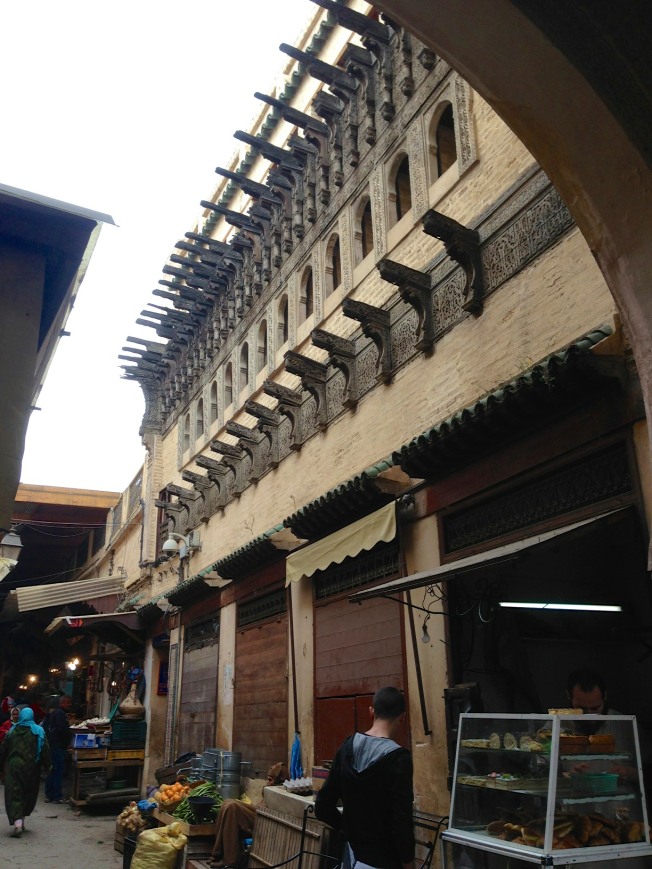 My 3 day stay in Fes did not all go as planned. I was keen to try out different foods. One less than palatable thing was a salted rancid butter. I bought a little and forced it down..with a little bread. This turned into a bit of a horrorshow experience. My guts turned into a portable water cannon and I was so faint with dehydration that I could barely stand. The salty sachets of medicine I got from the nearest pharmacy tasted horrible too. I lost my third day in Fes laying in bed and trying to get fit for the next stage of my bike ride. My fault I guess. I imagine that the rancid butter  I ate had been teeming with bacteria and given me food poisoning. Anne, at home, suggested that maybe I had contracted dysentery and it was not something that she would like brought back. As a nurse she is always so caring… However  I improved sufficiently to feel fine  (and stand without falling over) about cycling to Meknes.

I left early and made my way to the gate Bab Mahrouk. Swallows filled the air and swooped low. The main walls have small holes in them and swallows use them for their nests.

Once again I felt a little sad to leave. It is difficult to leave such amazing, magical places. Despite the tummy complaint Fes had been a wonderful experience and most of the people I had met one way or another had been very friendly. 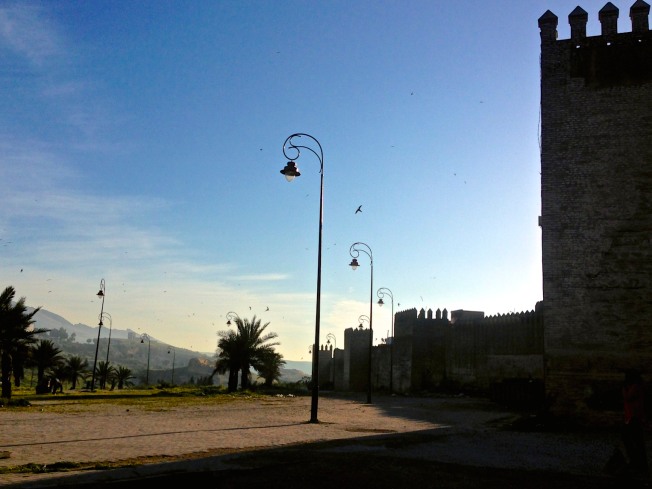