My last day in Rabat and Morocco involved a little last minute shopping. Once again, and without my bike, I trudged around the Medina. There was plenty of amazing looking seafood on display. Much of it still alive including freshly skinned fish which gasped and looked a bit unpleasant to me. One stall had a huge slab of shark meat (pictured) and the stall owner showed me a photograph of himself by the quay having caught one on a fishing trip.

I revisited the flea market in the old Jewish ‘mellah’ close to the quayside. A traditional ‘waterman’ was walking slightly ahead of me. A little like a boot sale or yardsale the open market consisted of a fair amount of ‘old tut’ and domestic detritus including broken electrical goods and unused pharmaceuticals. Items for sale were liberally scattered on the ground by people that looked a bit down on their luck. Established shops nearby display their own items  which they appear to put out every day with the hope that they will fetch their over inflated asking prices. But, and like any second hand market, there is the possibility of finding a bargain or interesting items amongst it all.

Below is a random selection of snaps of Rabat. The modern trams look pretty cool. The ‘Parc du Traingle de Vue’  in central Rabat is filled with exotic trees and plants and an oasis amongst the hustle and bustle of the city. Rabat is  full of wonderful buildings and architectural detail. It compares well to the more popular cities in Morocco visited by tourists. Thankfully the French had not levelled the old city Medina during their occupation as they had done elsewhere . General Hubert Lyautey insisted that the ‘Ville Nouvelle’ be built outside of the old city boundary created by the Andalucian wall. The biggest attraction for visitors as in other places in Morocco is the old city Medina with its fairytale passageways of arches and old doorways. And, of course, cats everywhere. It is a wonderful place for photography and my hurried snapshots do not, as usual, do it justice. 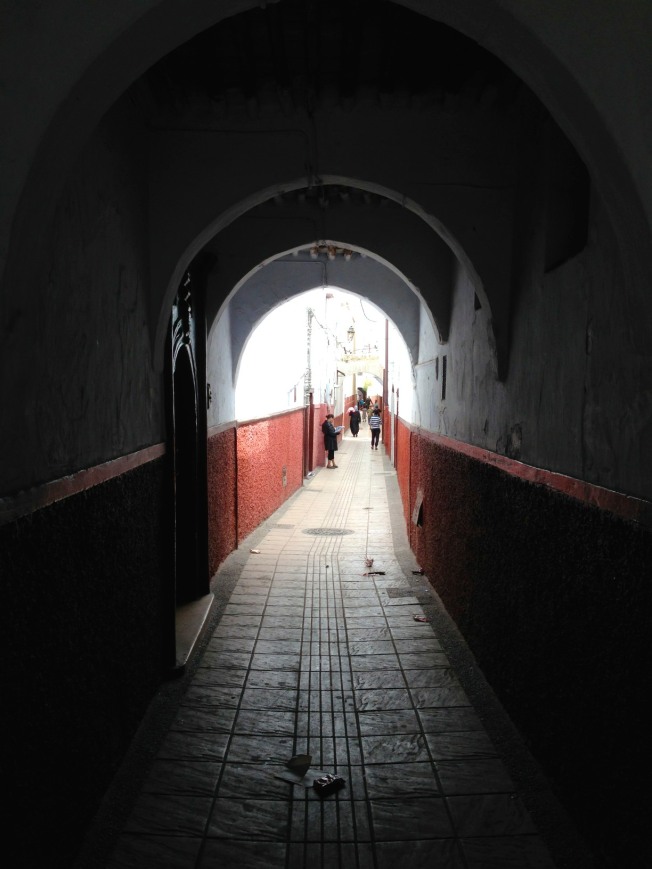 As in Fes tortoises are offered very cheaply for sale. They are sometimes sold to tourists and supposedly pre packed or boxed in a way that they would escape detection by border authorities in countries that have restrictions on their import. 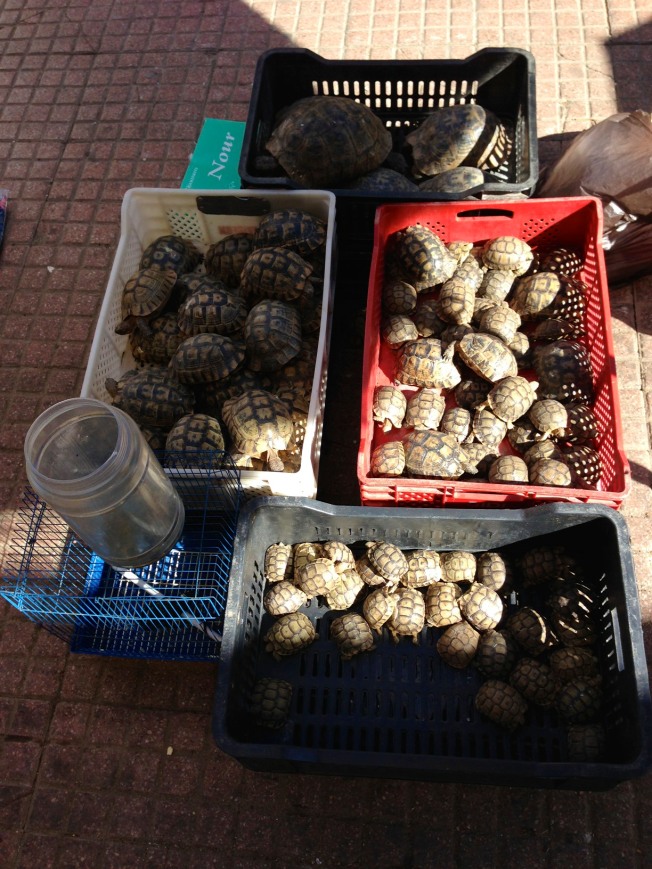 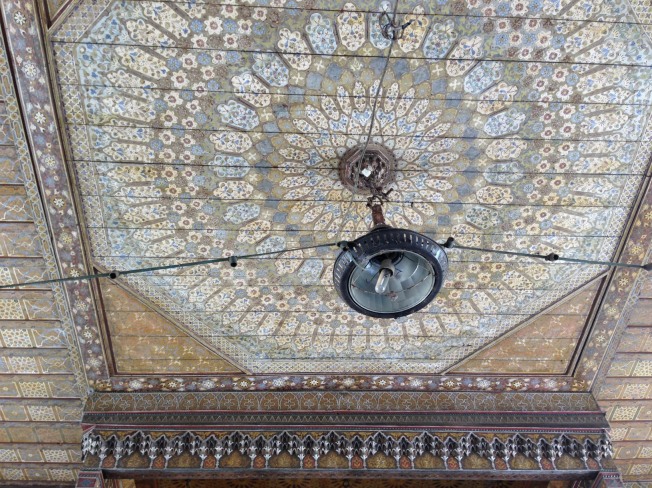 Time to leave: With my gear all packed and my ‘splurge’ hotel bill paid I was back in the saddle… thank goodness. I felt in many respects that my early return to Rabat was a a little too premature. I don’t ‘do’ tourism or cities too well and with the blessing of hindsight I should really have spent a little more time cycling and camping in the countryside. That said seeing the Chellah and the remains of the Roman city of Sala Colonia was a good experience.

I spent a few hours to cross the Bou Regreg river into Salé, buy food in its medina for my flight, and cycled inland from the coastal Kenitra road to the airport North East of Rabat. I sat in a park close to the Aeroport Rabat Salé and ate far too many bananas and strawberries. I wanted to make sure I had plenty of food on board before delivering myself into the hands of RyanAir for an unknown period of time..

My flight back to the UK was fairly straightforward although a bit delayed. As I was preparing my bike for the baggage handlers I was surprised to meet, once again, a Kiwi ‘physioterrorist’ whom I had met on my first arrival in Rabat.’ By coincidence she was on the same return flight as me. I gratefully accepted her offer to drive me to Cambridge from Stansted. That was providing her car would start having been parked for a month… and might involve the AA if not. Well yes.. thanks.. cool! We flew in to Stansted around 1am.People missed their connecting trains and buses as a result of the delayed flight. The car started no problem.  I was soon back as planned, safe and sound, in Cambridge again.  Bike too. I am not sure why, but this always amazes me.

In Morocco I managed to combine a great ride down the Atlantic coast to Safi, visited all the ‘must see’ cities and places I had on my itinerary and survived pretty okay on a shoestring budget. The High Atlas range provided the best part of my trip and exactly the kind of touring experience I enjoy most. It was a difficult choice to forego heading South towards the Sahara and  miss the ride through certain celebrated gorges but the joys of the central Nepal-like green valleys provided an extraordinary cycling adventure. I would imagine few people have cycled the length of the R302 to traverse the High Atlas but, given its breathtaking beauty, it may in time become a popular choice for touring cyclists.