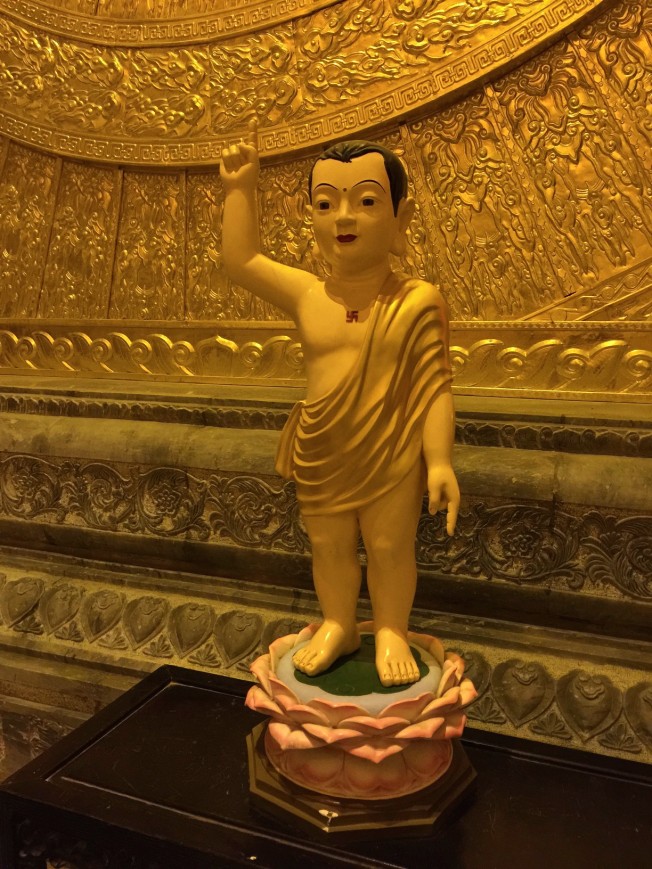 Situated slightly West and part of the Tràng An Landscape Complex; Bai Đính consists of multiple temples and a pagoda built on limestone hills (Bai Đính ‘mountain’) close to the Hoang Long River.  Although mostly of fairly recent construction it is built in a traditional style and on a grand scale. It consists of a gateway by a lake, belltower, covered walkways, a series of three increasingly larger temples and many record breaking Russian bronze gilded Buddhist statues. Bai Đính took over 7 years to construct and employed local craftsmen to produce a classical influenced religious complex of breathtaking proportions. It boasts of Asia’s largest bronze gilded Great Buddha Sakyamuni statue (10 metres high and weighing 150 tonnes) and also the largest ‘Di Lac’ or ‘laughing buddha’. It  also has the largest bronze bell at over 50 tonnes and the biggest pearl well in Viet Nam. The pagoda, which provides a focus for the complex, is the highest in Viet Nam.

I felt a little uncomfortable leaving my bike and gear with a stranger on the Bái Đính – Cúc Phương road but it turned out to be a good decision. I ensured that I was carrying all the really ‘must not lose’ important stuff in my backpack. Once past the perimeter fencing and into the grounds of the temple complex I climbed up a muddy track that led past workmen’s huts towards the pagoda. The garden around the pagoda was being landscaped with lots of newly planted trees. I joined some workmen and clambered over a stone balustrade onto the paved walkway surrounding the monument. The pagoda, Viet Nam’s largest, provides great views over the surrounding complex and lake beyond. Steps nearby lead directly down to an international conference centre. Above and behind is a huge bronze ‘laughing buddha’. From this highest point I followed a route down to the Tam The dharma temple and the three huge huge statues of Buddha within.

The three temples buildings are connected to each other via steps and walkways which drop down towards the lake. These covered walkways are home to hundred of statues of Buddhist Arhats or masters. Each one is quite unique having been carefully modelled on their original subjects. They were created by masons at a local village using Ninh Bình stone.

Shortly before the final gatehouse, shrine and interior walkways is a bell house within which is the largest, at 36 tonnes, crafted bronze bell in Viet Nam. To ring it would require a large tree trunk as a hammer! 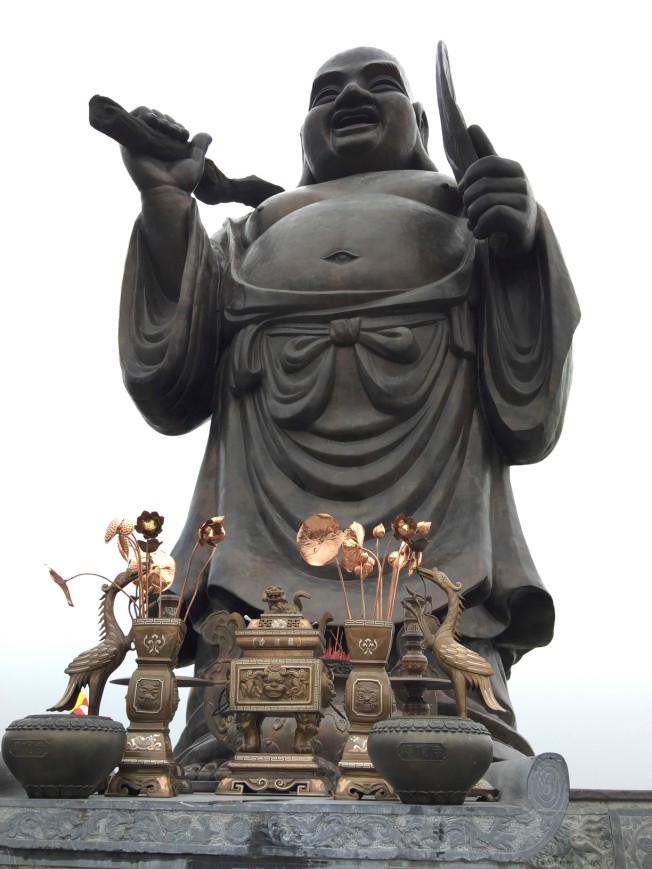 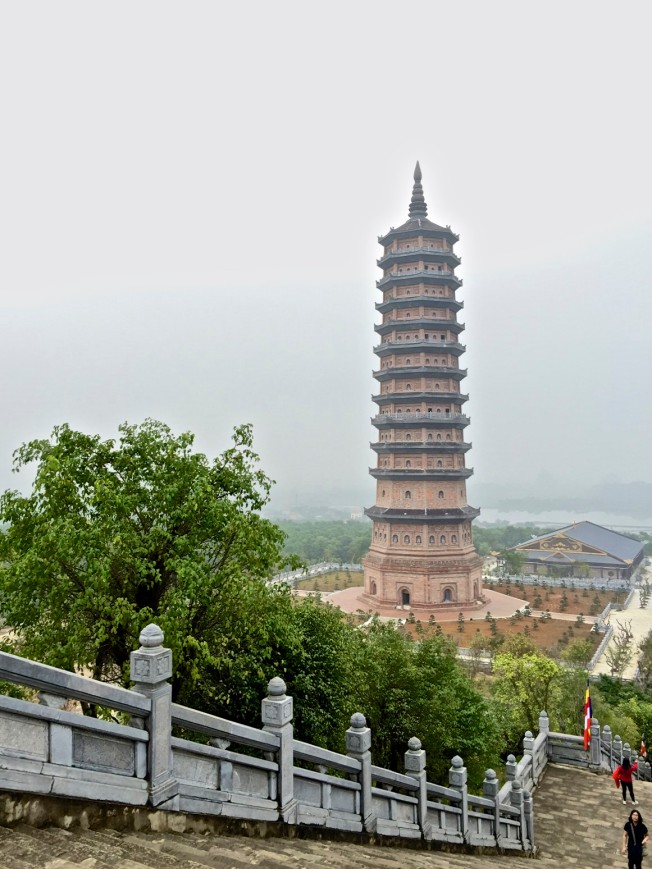 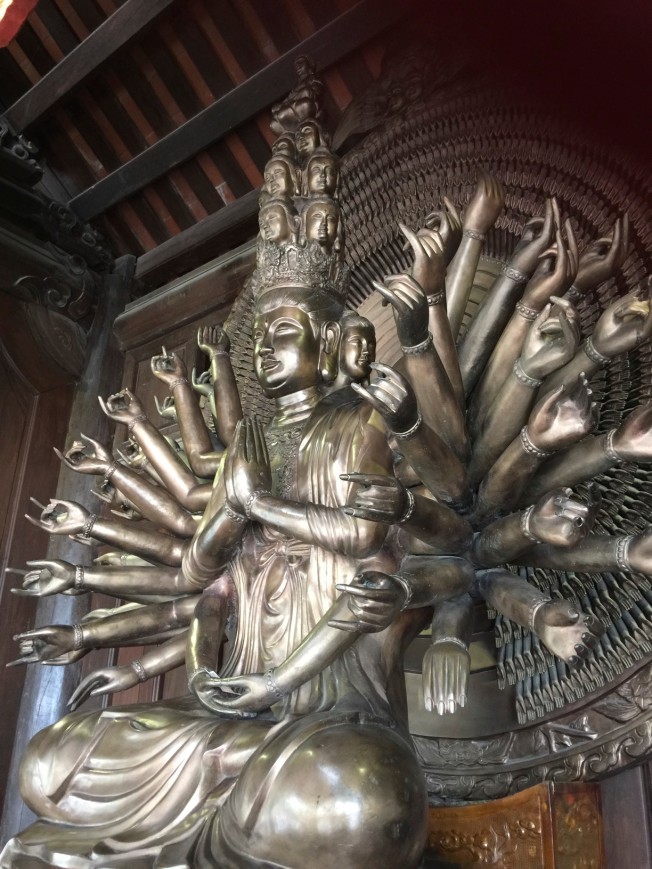 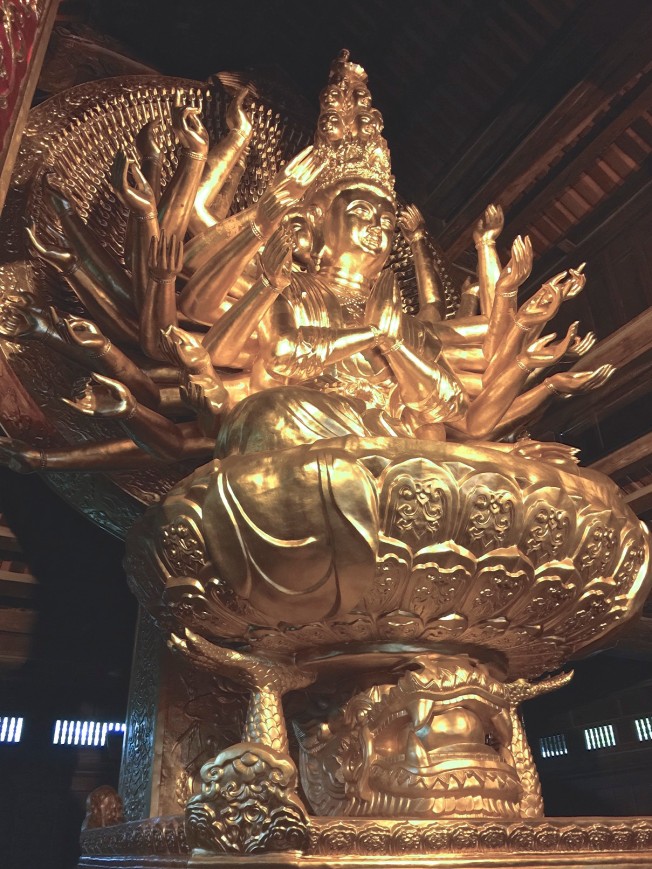 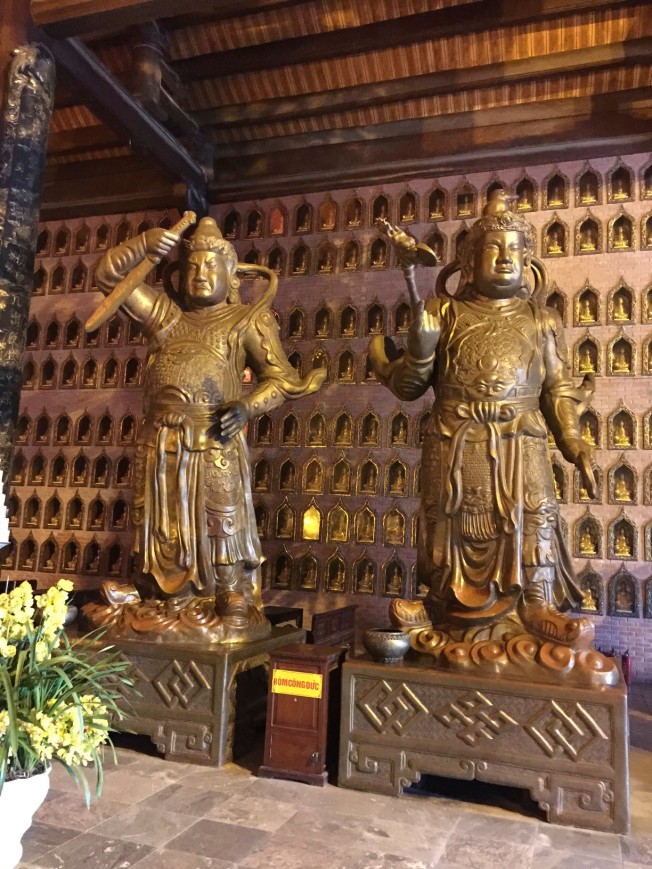 I climbed back up the hill past the ‘masters’ and returned to the pagoda. A little walk back along the lane, through a wood and I was back at the house where I had left my bike. All was good. The young lads sitting at a table out front offered some food but I was keen to get going to find the Ho Chi Minh Highway (QL45).. or at least somewhere to sleep. After a short while I found myself heading North on the busy QL 12b but then continued West on a smaller rural road towards the town of Phố Cát. Before the town I found a handy little bamboo forest stretching along one side of the road with fields and karst hills on the other. I pitched my tent and made coffee. It had been quite a day. 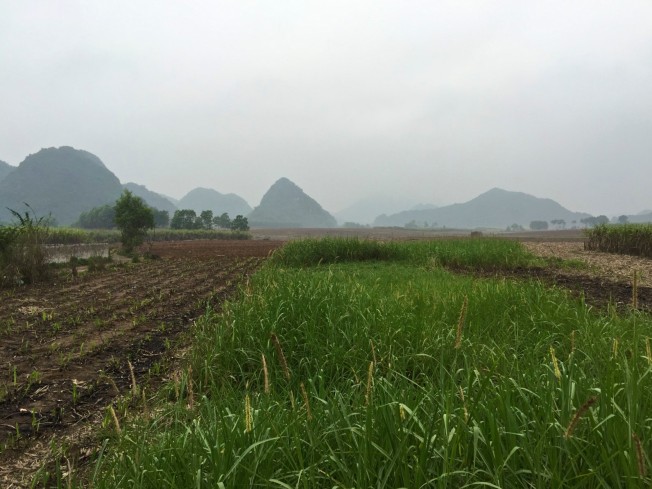 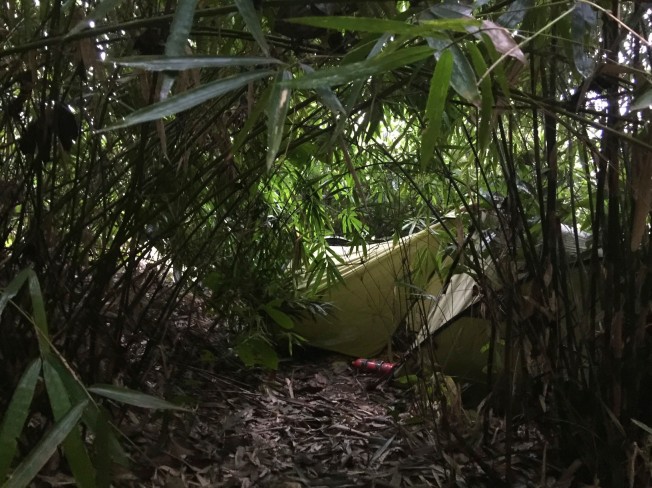 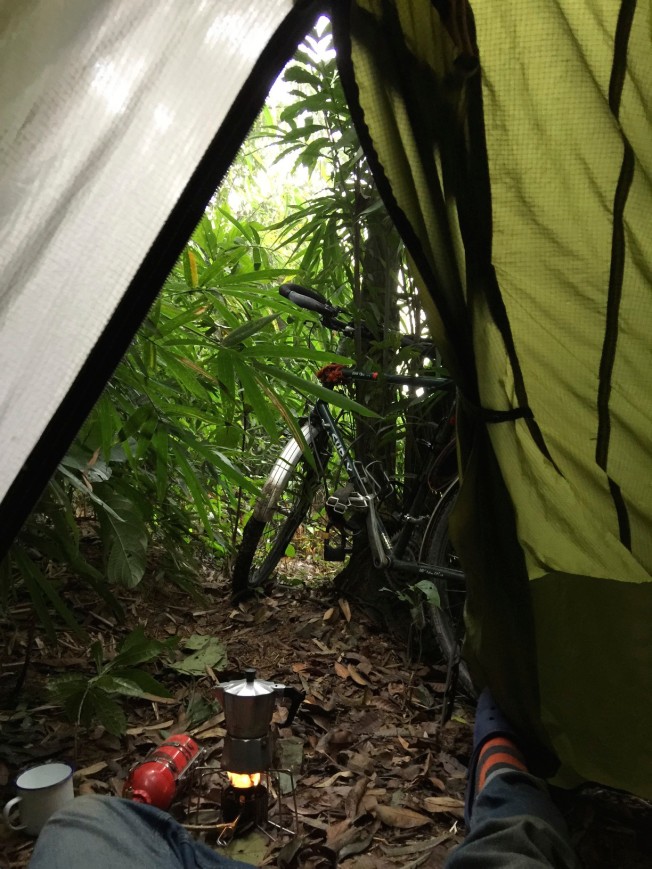