Before providing the usual blog entries and photographs of my trip to the ‘roof of the world’ I thought to create a short brief on cycling the Pamirs. I prefer to blog as I go but with rubbish connectivity in Tajikistan I simply batch posted a load of photos on FaceBook and left things till I got back home. I admit that I am still a bit blown away by trekking in Nepal the month before and found the visit to Tajikistan an anticlimax in comparison. But it had its moments and have, once again, a huge repository of photographs from the ride. It should, hopefully, give others a fair impression of what lies ahead should they choose to do a similar route.

The M-41 or ‘Pamir Highway’ in central Asia enjoys a reputation as being one of the ‘top three’ world rides for adventure cyclists. During the Summer months from June through to September, cyclists from all over the world descend in droves to experience the famous ‘Highway’ across the ‘Roof of the World’.

The typical ride begins in Dushanbe; the capital of Tajikistan and winds up into the mountains to the East before dropping South down to the town of Khorog. The M-41 then continues East across the Gorno-Badakhshan Autonomous Region of Eastern Tajikistan over several hundred kilometres of high altitude desert, before finally dropping towards the somewhat desolate town of Murghab. From there the road continues to the Northern border with Kyrgyzstan via Ak Baitel (4,655m). It is then a further 226km to the City of Osh in Northern Kyrgyzstan. The total distance is around 1,250 km. Large sections of the route are over 4000m above sea level.  Weather, altitude and remote conditions combine to make it a potentially difficult route. Timing is crucial. Without adequate acclimatisation altitude sickness can become a serious problem.

It is cited as the world’s second highest altitude international highway and, naturally, a compelling challenge to touring cyclists looking to experience the ultimate ride.

The ‘Pamir Highway’ strictly speaking refers to the section of the M-41 highway between Khorog, located in Gorno Badakhashan, and Osh in Kyrgyzstan. Built between 1931 and 1934 by Soviet road engineers, it supported the supply line between Gorno Badakhshan and the Soviet Union. The road followed the route taken by local herders and the caravans of traders travelling along a section of the ancient ‘Silk Road‘.  Once completed it connected with the road between Dushanbe and Khorog that had been already been built by Tsarist decree in 1912.

I had marked the highway as ‘one to do’ some years ago having enjoyed the Leh-Manali road and hoped to replicate the joys of that experience. However the trip had been shelved partially in lieu of a new bike build. The Pamir Highway suits a more expedition approach to cycling rather than the all singing all dancing classic touring arrangement that I have with my Surly Long Haul Trucker and panniers. I looked in particular at a more lightweight ‘bike packing’ setup. But when a friend invited me to join his group ride I couldn’t resist..  After all what could go wrong?  I had not done a great deal of research on the ‘Highway’ and happy to follow the lead. But, and as it happened, there were problems. Timing and the weather was particularly bad. Flooding and landslides created delays. Following an initial abortive attempt to cycle East on the M-41, I was forced to return to Dushanbe and plan my trip from scratch. However it all worked out very well and was glad to have had the opportunity. 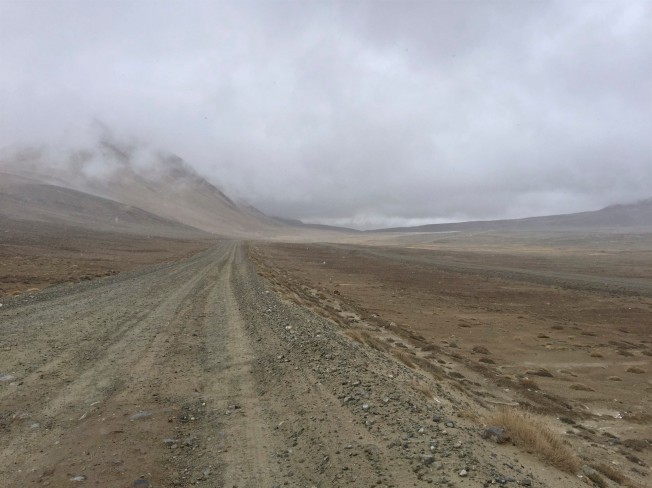 The definitive website for all things Central Asia including visa advice and up to date travel news is provided by the comprehensive website; Caravanistan. For cyclists the Crazy Guy On a Bike website (as always) provides an exhaustive source of information on tackling the Pamir Highway. It hosts a huge number of travel reports  and blogs by cyclists that have made the trip across the Pamirs and into the ‘stans. For those visitors that have time constraints.. and maybe less inclined to cycle certain sections, shared taxis (4WD) or ‘jeeps’ can be hired fairly easily at local bus stations or by arrangement through hotels etc.

Some cyclists take the ‘Southern route’ out of Dushanbe along the  A385 with a view to joining the M-41  East at Qal’a-i-Khum. The road is mostly sealed and the main route used by traffic including heavy goods vehicles.  However the road beyond Kulob towards Qal’a-i-Khum becomes quite tortuous as it clings to the mountain side and follows the Panj river alongside the Afghanistan border. Rockfalls and landslides are not uncommon and invariably cause delays. 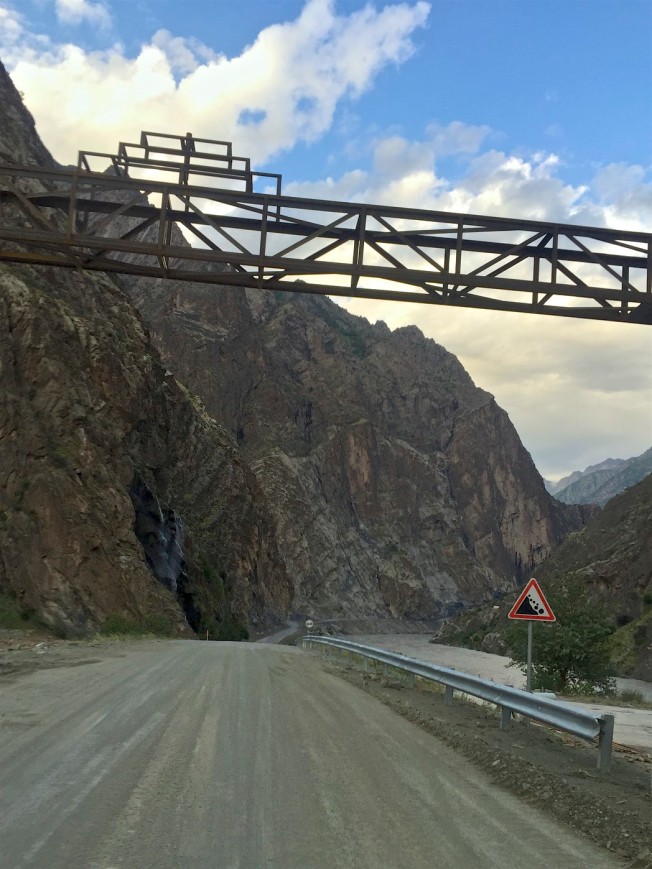 The shorter and more direct 520km route from Dushanbe to Khorog over  the Khaburabot Pass (3,252m) provides wonderful views and personally found it to be the most attractive part of the M-41 . However, and like the ‘Southern’ route, it is subject to regular landslides and flooding. Cyclists pushed for time choosing this route could realistically start their ride 140km East from Dushanbe where the M-41 crosses the Kyzylsu river. That would also avoid nasty suffocating traffic and, what is currently, a poorly surfaced (deep gravel) section of road. It is also the point where the ‘Highway’ begins to wind up through the mountains along a simple track with no traffic.. and where it all becomes one big glorious adventure.

One excellent option for touring cyclists is to continue on the road South from Khorog along the Panj river and down to the Wakhan Valley.   The Wakhan ‘Corridor’ (350km long and up to 65km wide) is a rather odd extension of Afghanistan territory running East to West and forms a political ‘buffer zone’ between Tajikistan and Pakistan. The valley offers superb unspoilt views, crumbling forts and beautiful villages all set against the magnificent backdrop of the Hindu Kush massif. 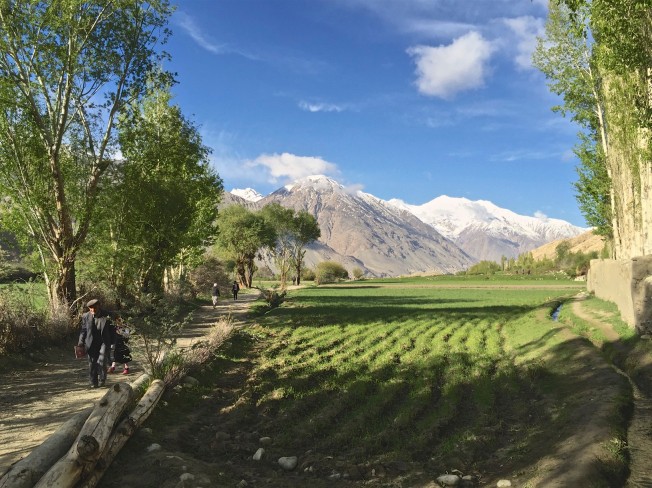 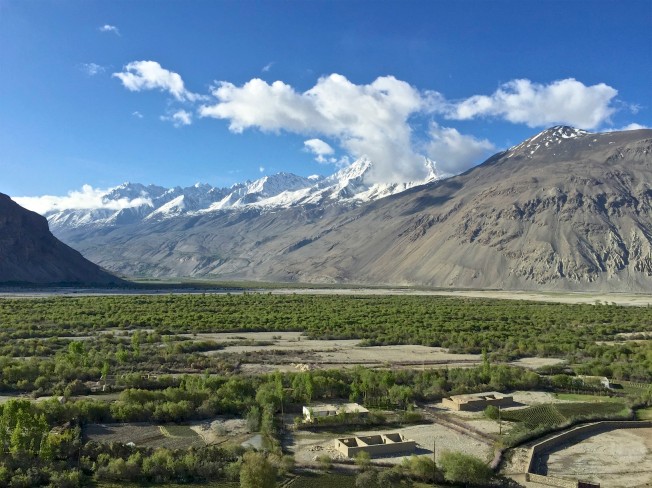 A few essential aspects of travelling in Tajikistan are worth underlining:

It is insanely CHEAP.

It is extremely SAFE.

You will find GOOD FOOD and plenty of it in towns and villages.

You will find GOOD PEOPLE. They will go out of their way to help you and are honest.

You will fall in love with the place and its people. 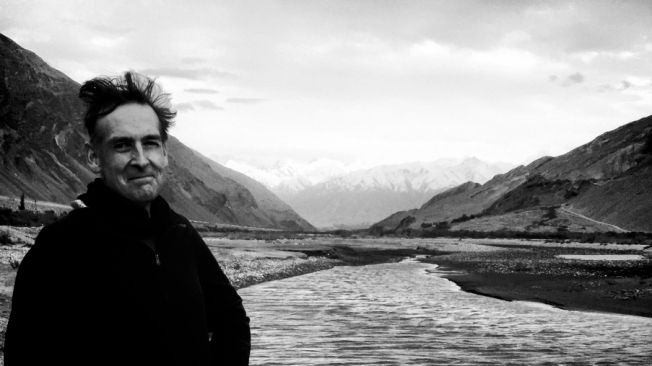