It was crunch time in Ooty. I needed to make a decision.  My options were to either continue South towards the Cardamom hills or head North and drop down towards the coast via the Western Ghats. I decided to take the R67 North which would bring me back into the subtropical forests of the Nilgiris Biosphere Reserve. 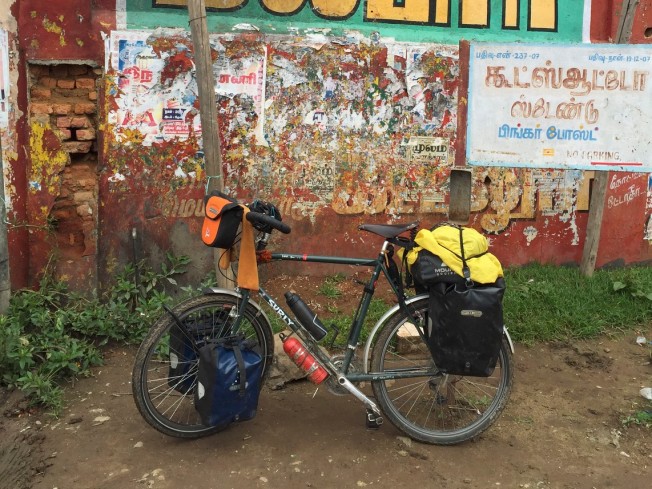 A quick shot of the magnificent machine at the top and I was off. I had looked hard and long at the map and knew that it was going to be pretty much downhill all the way.  I was surprised to see so many horses roaming freely on the roads. It appears that they are used in season for racing and for giving rides for tourists. However their owners don’t feed them but leave them to fend for themselves on the local roads.

Once past the Sandynalla reservoir it was a relaxed ride past extensive tea plantations and deep conifer forests. The mists were so thick I could hardly see the road ahead and stopped to attach lights. Being next to a tea plantation I couldn’t resist stepping inside for a closer look. A guide jumped out with a book of tickets and was keen to show me around for a fee.  I turned back; ‘No no.. thanks for the invitation but just passing..no time.. bye!’ Back on the bike.. 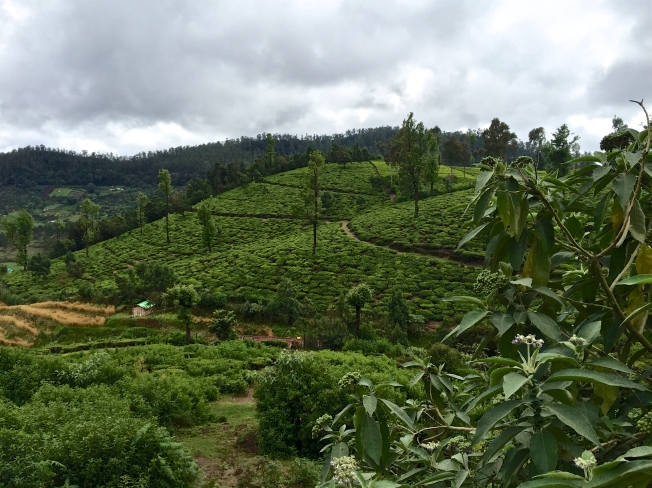 As I dropped down the temperate forests gave way to an altogether different world. I was treated to superb views and lush subtropical surroundings. It certainly felt good to be warm again.  Ooty had been so damp and grey. 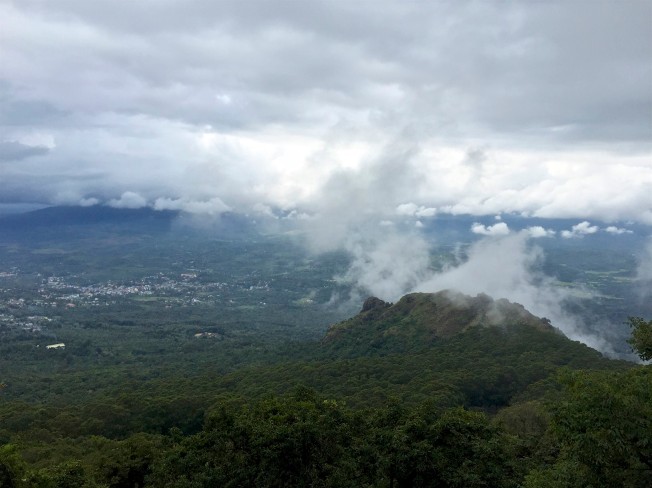 At Gudular I took the R12 west to the junction at Nadugani where I sat, drank tea, and met the local madman. He was harmless enough. I continued on the R28 towards the Amarambalam Reserve Forest and the border with Kerala. Yay! I was as pleased as punch to reach Kerala. It may have taken a while but I did get there in the end. 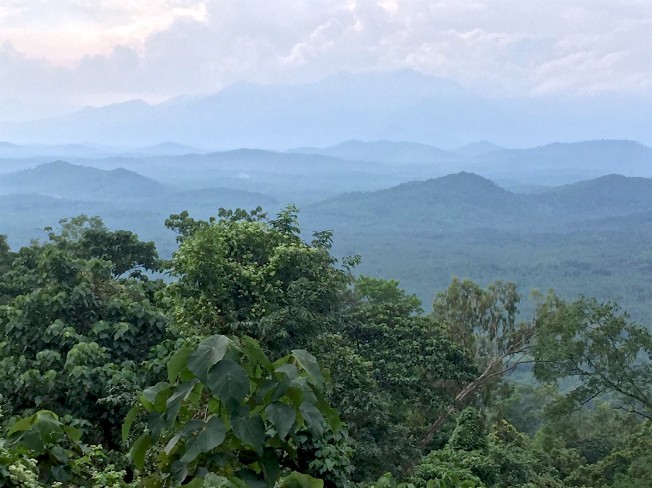 Given that the day was wearing thin I liked the idea of stopping early to set up camp in the jungle. It was an exciting prospect in itself but was also worried that, once out of the Amarambalam wildlife sanctuary and back into ‘civilisation’, I would not find anywhere discrete to camp. However the steep slopes either side of the road meant that there were few good spots to be had. I thought I had finally found a suitable spot on a ridge. But then noted animal tracks.. possibly elephants and, of course, the ground was covered with huge ants.  I didn’t fancy being trampled or overrun in the night. I had to move on. The monkeys weren’t helping either.

Finally, and having dropped down beyond the boundaries of the park, I did find a place to camp. Not quite the panoramic view that I had hoped for.. but not bad. The tent is aways good. 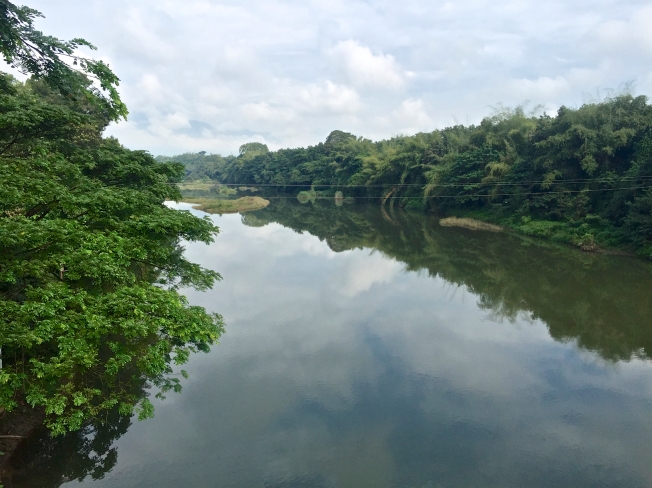 I was  now close to the village of Muttikadavu and the Punnapuhza river approximately 100km from Ooty. It had been a great, mostly down hill, day.
Only another 75kms and I would be able to dip my toes in the Arabian Sea. But first I had my heart set on visiting the Krishna temple at Guruvayur.