The route from Leh to Manali covers 475 kilometres of quite extraordinary high altitude scenery. It is, apparently, the world’s second highest ‘motorable’ road.
I was disappointed at Srinagar when, owing to heavy snowfall, I was unable to cycle to Leh via Kargil. Plan B had taken me South into Punjab and then East from Dharmsala to Mandi. On a wild impulse I had struck North to Manali and despite my intention to rest in the peaceful Parvati valley before heading home. Once there it became apparent that I could easily get a lift to Leh with my bike. To finally reach Leh and to have the opportunity to cycle back to Manali was a dream come true

It took careful planning. Altitude is a big factor. Acclimatisation is a must to avoid serious sickness resulting from the low oxygen pressure. Three of the highest passes were over 5000 metres For a large part of the journey there would be no lower altitude than 4,600 metres. I compiled a trip projection detailing distances and altitudes together with potential facilities.
Having already spent time at Manali (2,050m) and then at Leh (3,505m) I had made good progress in terms of adjusting to altitude. I did suffer some nausea during my first few days at Leh but had prepared a little by taking 125 mg of acetazolamide twice daily before my arrival. This helps with the alkalosis caused by an increased respiratory rate. To increase my cardiovascular fitness I climbed up to the Shanti Stupa in Leh early each morning. My first attempt was very slow and I had to take frequent rests. However, and within a week I was able to walk fairly briskly to the top without stopping. I did not cycle every day but made three solid rides that took me beyond Leh and provided some taxing hill work. After two glorious weeks in and around Leh I made preparations to leave. I was to be joined by a young Swedish chap called Joakim who, although had little cycling experience or knowledge, put his faith in me as a seasoned long distance cyclist to get him through. We had to find him a bike and panniers to rent. I turned my nose up at the crap mountain bike a shop tried to unload on him. But we found a half decent touring bike with good mechs and ortlieb panniers. I also persuaded him to buy warmer clothing and kit suitable for the trip. I could see no reason to deny his earnest request to tag along. He was a good bloke and had a decent tent. I set him a provisional date to leave.
Weather was a big factor too and, unusual for Leh, it turned quite wet and cold. Most of Ladakh resides in a ‘rain shadow’ which results in its distinctive powder blue sky. But the weather across all of Northern India was exceptionally bad and severe floods caused many deaths in Uttarakhand. The forecast revealed a window of opportunity within a further 4 days. The sun shone once again and I said my farewells to friends and acquaintances and set off to follow the Indus River. I felt a little apprehensive about such a major expedition much of which would be fairly remote with no available communications. However I felt that I had planned it well and that should serious assistance be needed there was a fair amount of other traffic on the road. Moreover there are, at least, temporary camps at set locations providing supplies along the way.

The initial part of the journey was like a pleasant Summer outing. It took in the towns of Shey, Stakna, Thiske and Igu before finally hitting the major junction and Indus River bridge at Upshi.
Shey palace and Gompa provided a wonderful distraction. It was all still part of the magical Kingdom that had stolen my heart. 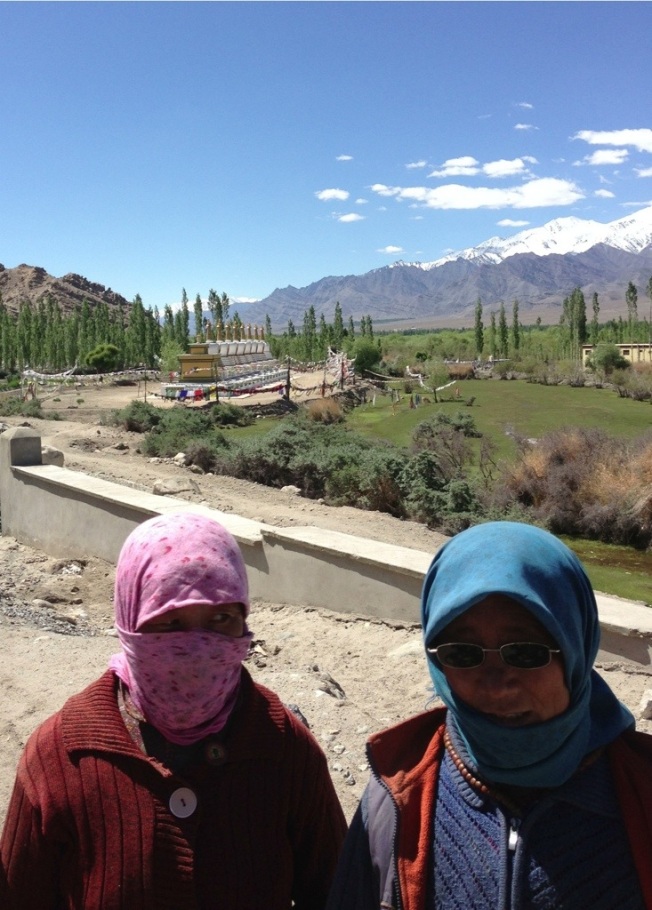 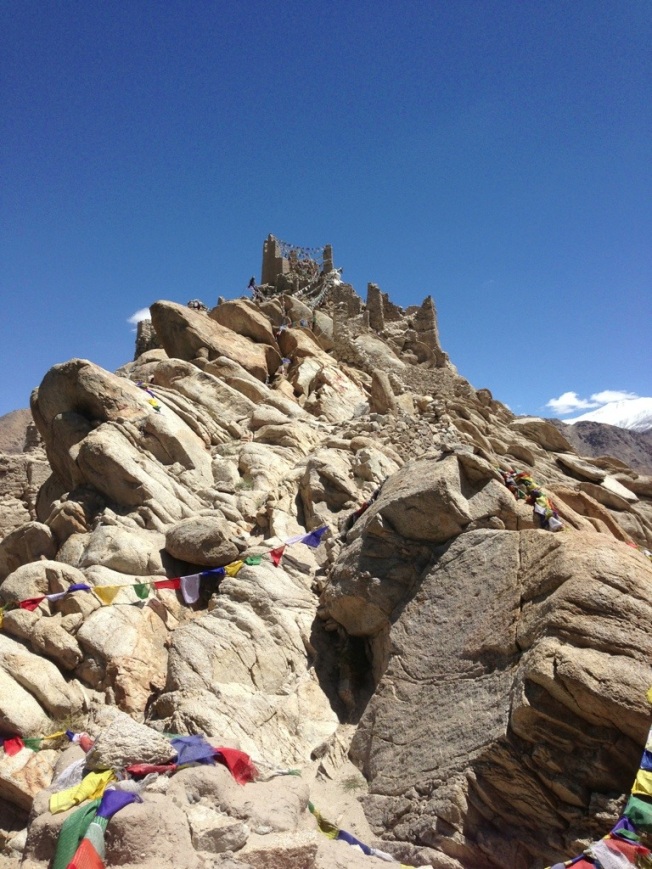 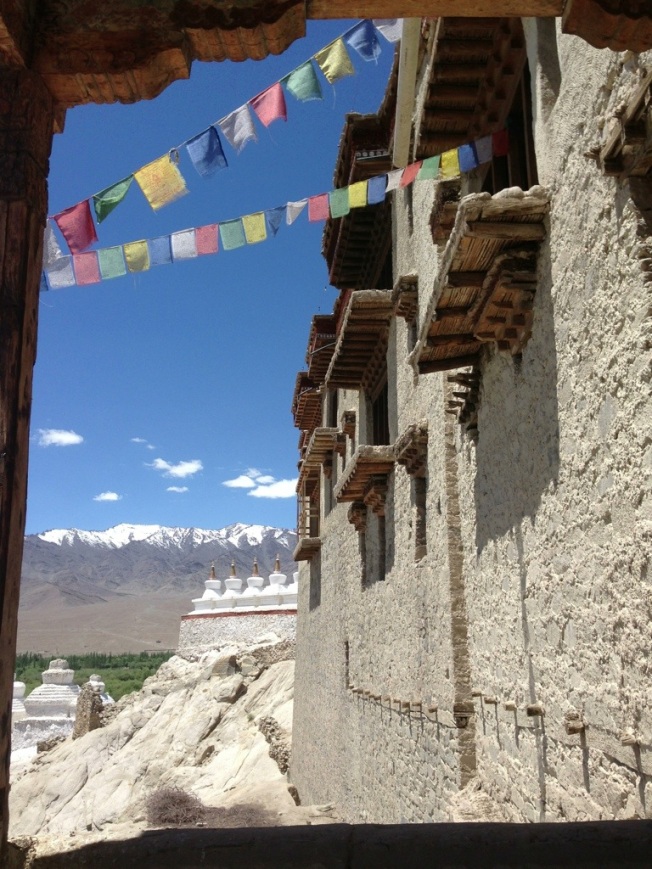 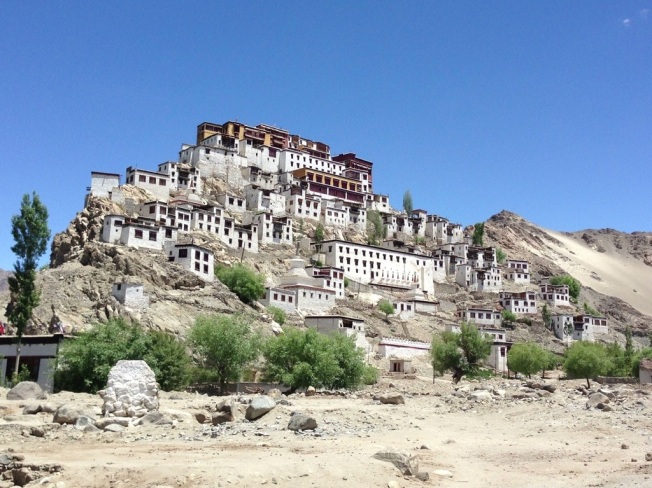 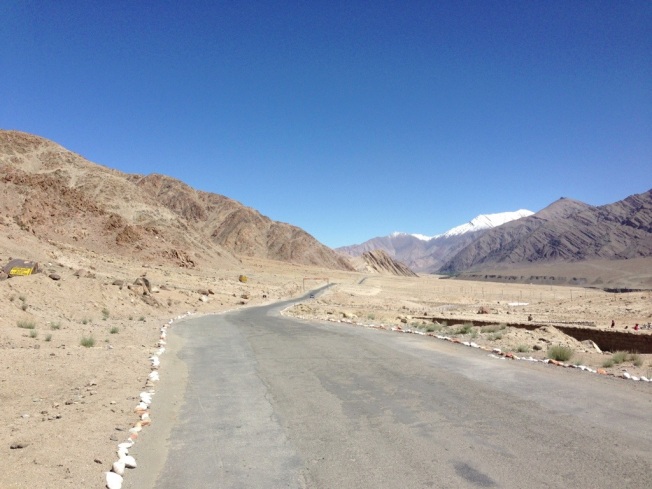