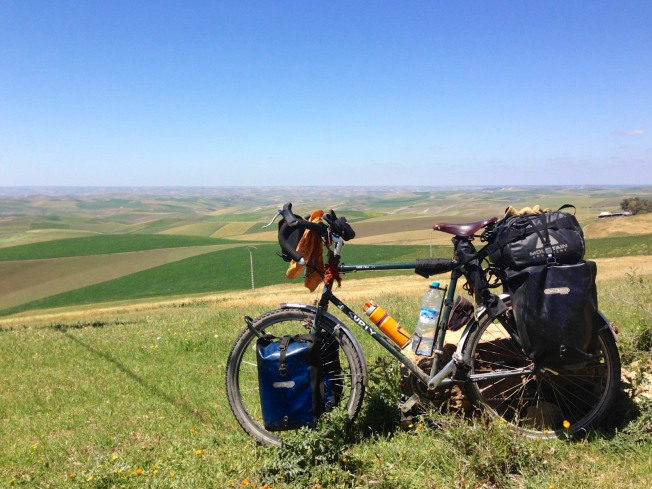 It was tempting to visit the Roman ruins of Volubilis North of Meknes. It figures highly as a ‘must see’ on the tourist trail. However, and having already researched the site on line earlier, I decided to give it a miss. Furthermore rather than follow the main roads back towards Rabat I pushed towards the Atlantic coast a little further North via the R705 and the Foret (Forest) du Garb.

Despite the missed opportunity to see the remains of Ancient Rome’s most Southern outpost I quickly realised the importance of Volubilis and the surrounding area to the Roman Empire. In every direction as far as the eye could see wheat and barley gently swayed in the breeze. I cycled past extensive vineyards and fields with countless lines of olive trees. It is one huge bread basket. 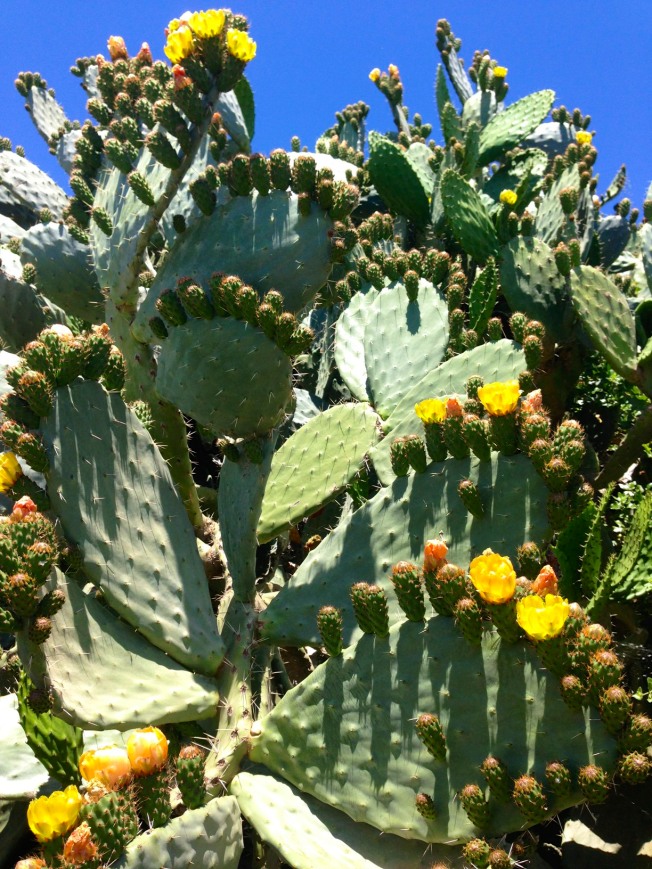 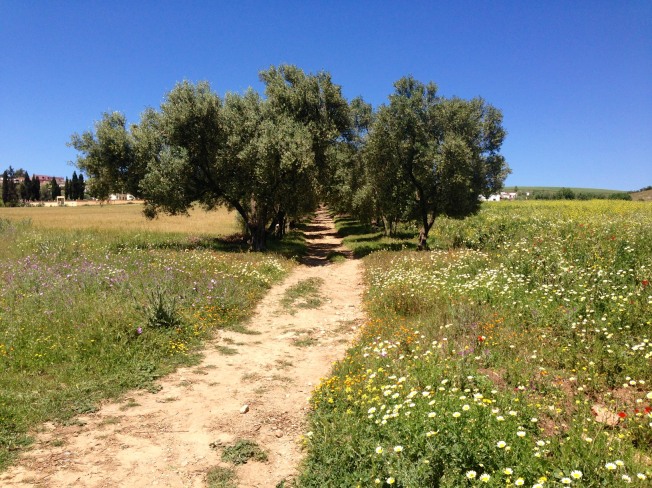 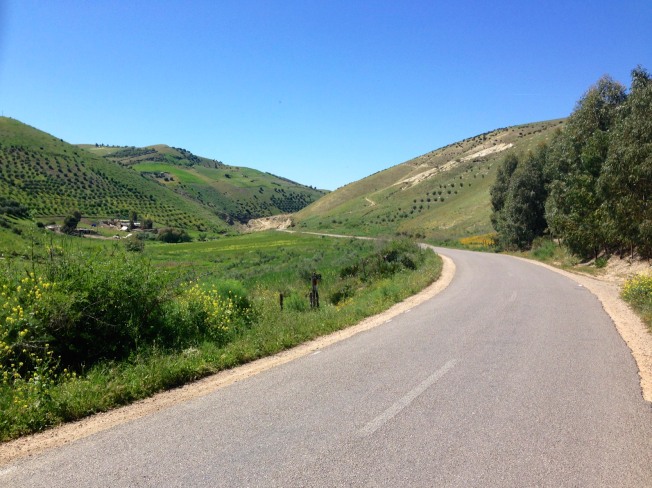 The R705 gradually climbs into the most Western hills of the Middle Atlas before dropping down towards the Atlantic  coast. I stopped in the city of Sidi Slimane at a cafe for yet another tajine cooked casserole.  Sidi Slimane is a busy modern city and administrative centre for the region. As I sat eating I noticed that cycling there was a popular form of transport.. more so than anywhere else I had seen in Morocco. People had pretty good bikes! 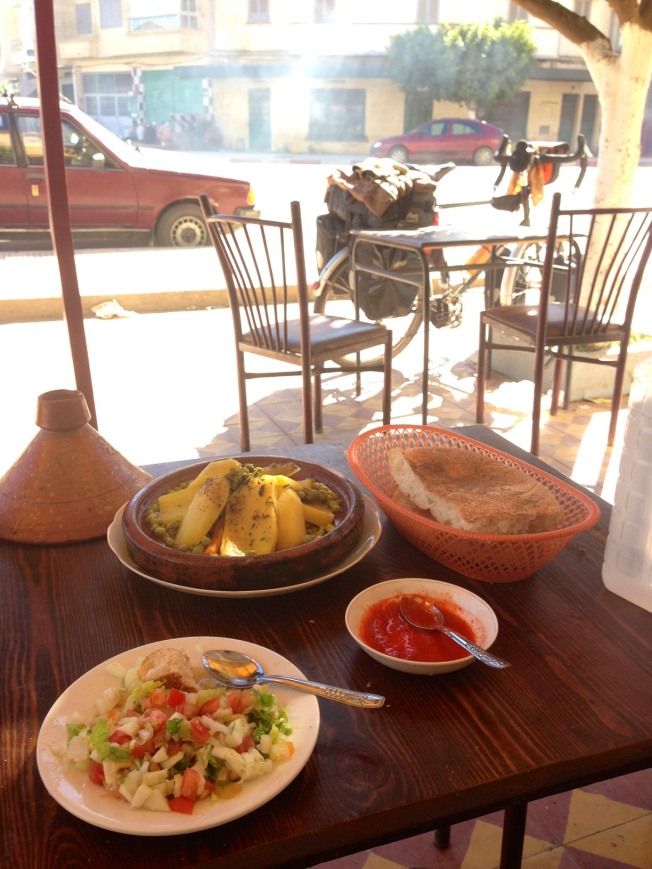 After dinner I set out towards the Foret du Garb which lies approximately 10 kilometres to the West of the city. I had noted this forest on a map when initially planning my trip to Morocco as a potential place to camp. The forest extends over quite a wide area and is home to a Moroccan airforce base.

I had hoped for a dense wooded forest to make camp for the night. I was wrong. The ground was mostly sand and the pine trees provided little cover.  After a bit of a trek pushing my bike deeper and deeper into the forest I found a half decent spot with some ground cover and a good view. But no sooner than I had settled in to my sleeping bag for the night than the tent became surrounded by noisy goats. Two herdsmen appeared and were curious as to my identity. After a brief exchange we shook hands and they continued moving their goats through the forest.  Its odd.. but it seems that wherever you are in Morocco, however remote,  you are never far from someone that will notice you. This certainly makes  solo ‘stealth’ camping difficult. I was a little worried that I may have had a visit from people attached to the nearby airforce base should they have been told of the strange foreigner camped in the woods. But the night was blissfully uneventful.

The next mornings ride took me quickly out of the forest and into Kenitra closer to the Atlantic. My plan was to camp next to the sea before  making my way further down the coast to Sale and Rabat. Once past Kenitra the road dropped down as it ran South following the line of the coast. It was a superb ride despite an increase in traffic. But my enthusiasm for finding a good place to camp on or near a beach led me back towards Kenitra via the seafront at the local resort of Mehdya. It was a pretty nasty little seaside town which had as much appeal as the worst kind of English equivalent. Escaping the horrors of Mehdya or Merde-ia as I renamed it took me past a large multi-hotel building site.   I backtracked to where I had left the main coast road. Giving up thoughts of an ideal spot to camp by the sea I decided to try and find somewhere to stay in Sale instead. 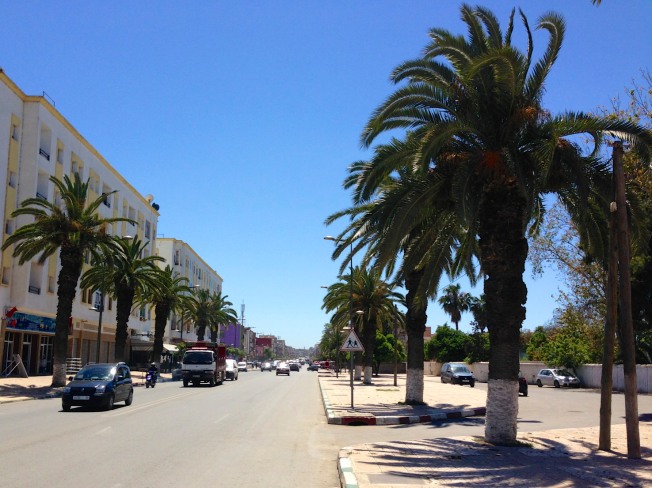 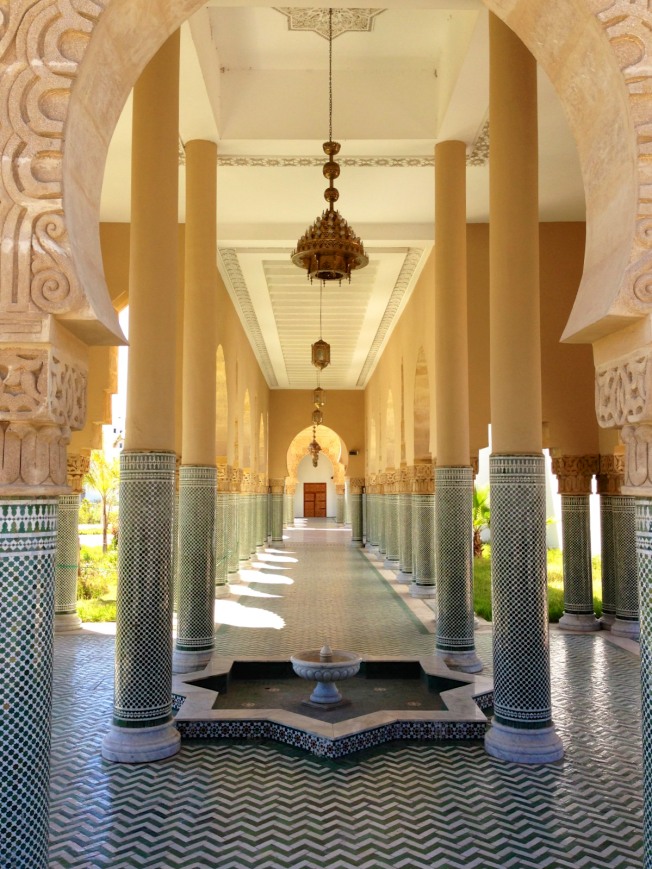 I cycled along the N1 South to Rabat through Sidi Bouknadel. The ride along the coast road reminded me a little of a similar road running South to Negombo in Sri Lanka. It had quite an exotic, yet local flavour with roadside markets and smiling people.    Once again I was making a return run having ‘done’ the distance and encircled much of a country riding my bike. 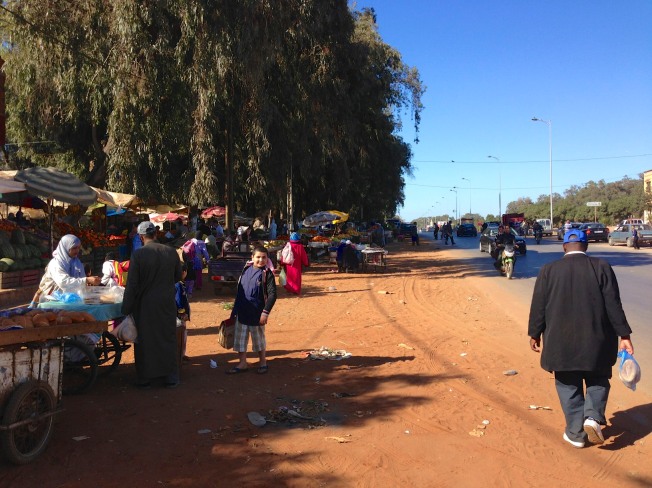