The road West towards the ancient capital of Polonnaruwa was the first major slog on the bike. It was a fantastic straight road that undulated far into the distance. But my legs are now up to it and arrived late afternoon. 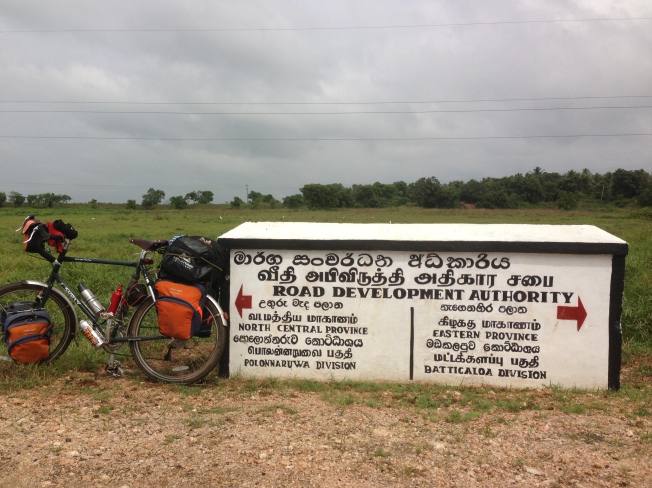 I stopped briefly to watch a local cricket match and saw the winning shot. The batsman (pictured second from left) hit a six high up into the stand of spectators. I joined the jubilant team and congratulated them on their victory. 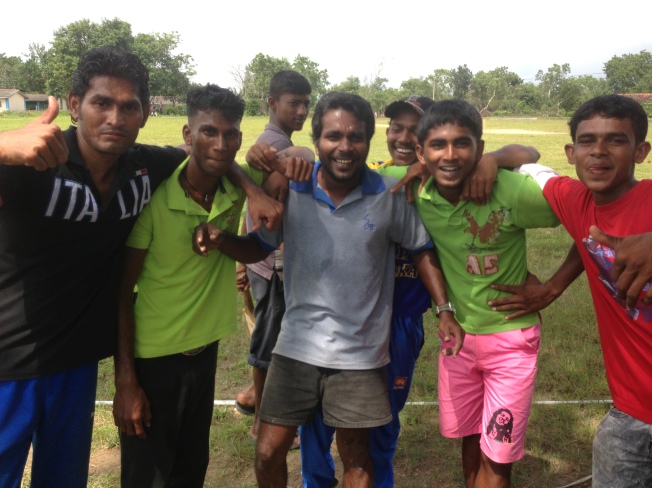 I stopped at a village fishmongers that was selling the largest king prawns I had ever seen. They were about 6 inches long from eyes to tail and about an inch fat. My mum would love these! I bought half a dozen to cook for my dinner.
My approach to the city took me alongside a huge reservoir or ‘tank’ where I met a young French traveller and asked him about his accommodation. 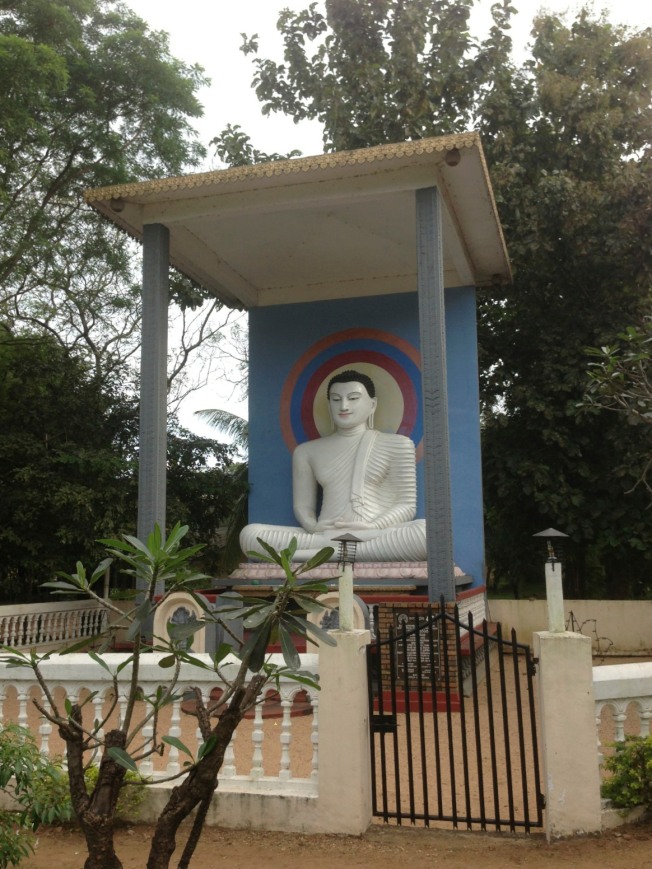 The Samudra hotel was easy to find in New Town and room prices were very reasonable having negotiated a good price. 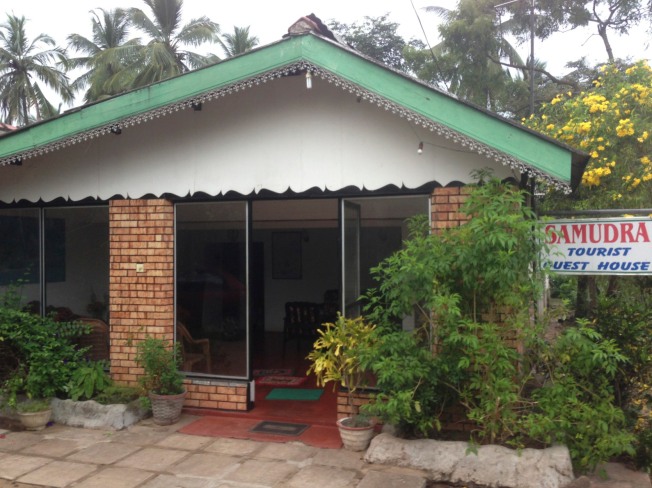 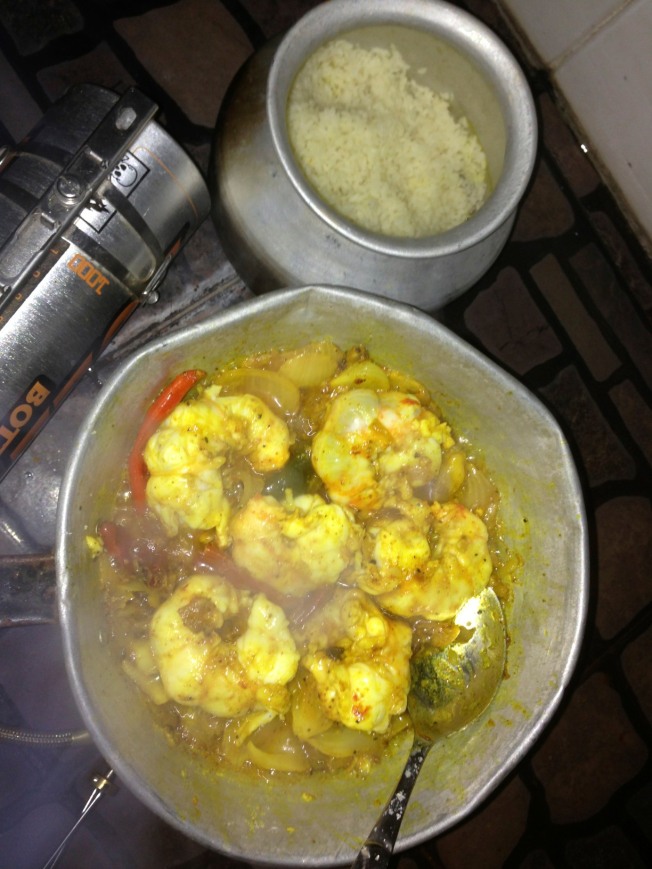 Sadly the hotel is situated next to a government rest hotel and bakery. I was awoken by machinery and enthusiastic shouting during the night and  which then kept me awake. The next morning I reloaded my bike to check out of the hotel and ride around the ruins of the ancient city. 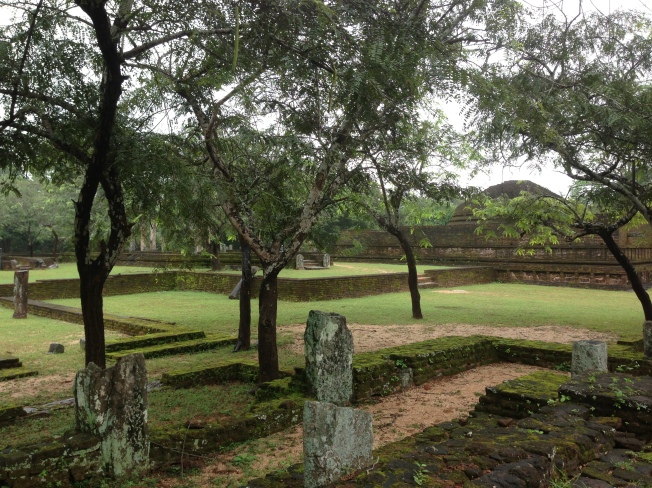 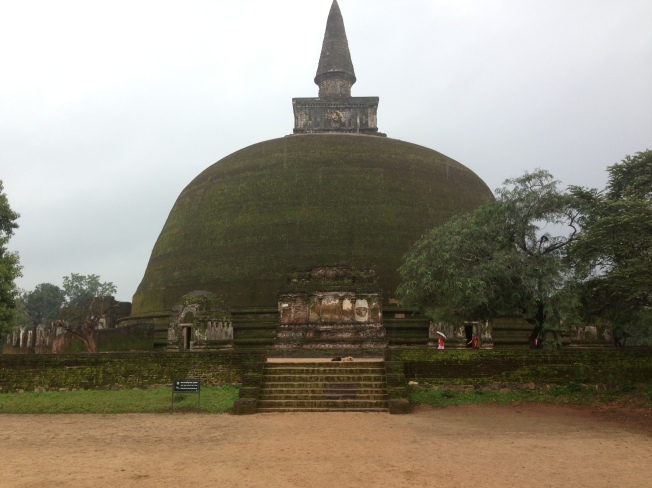 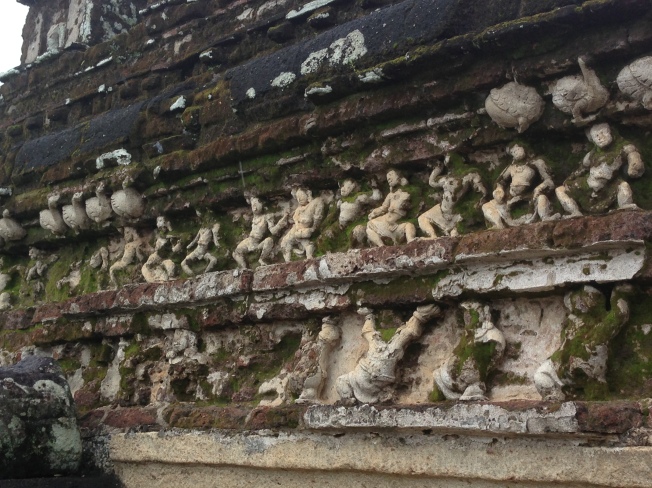 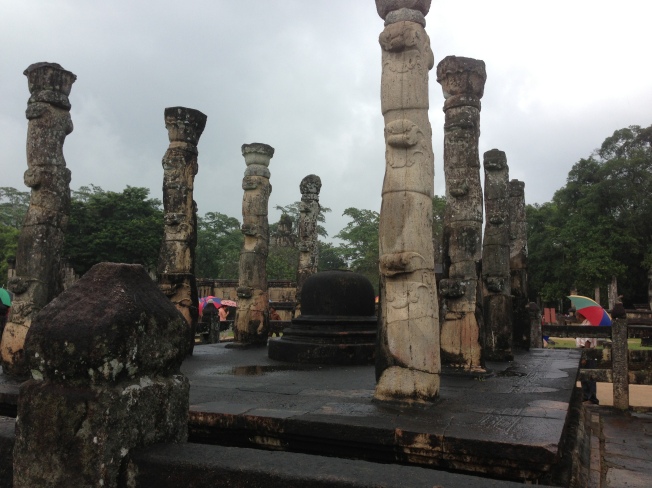 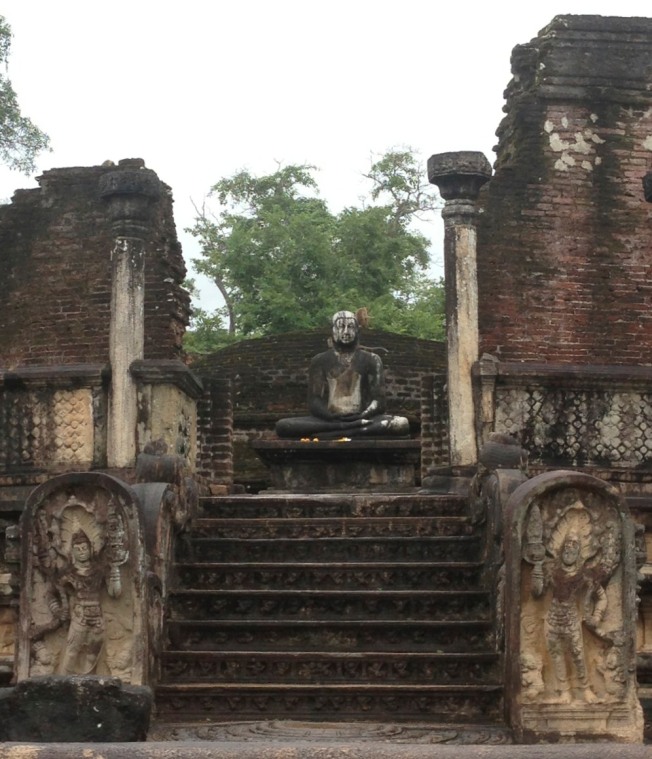 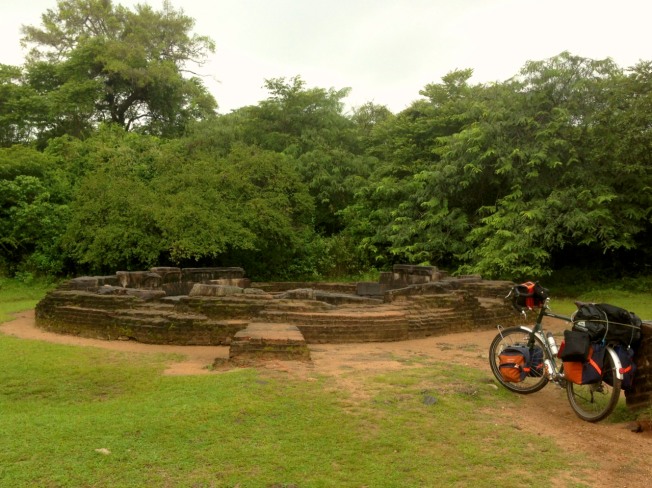 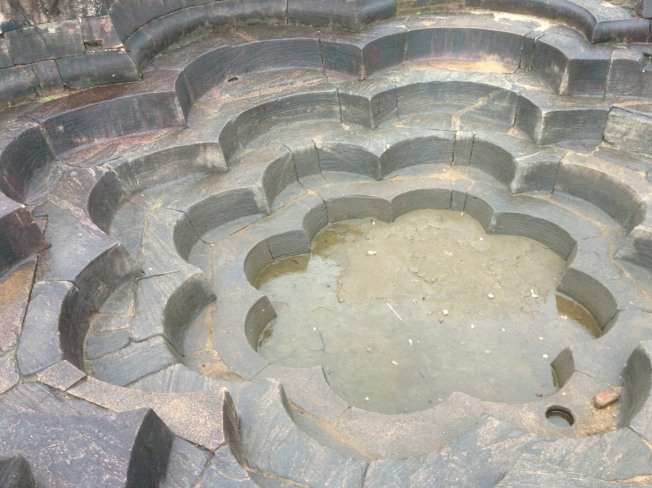 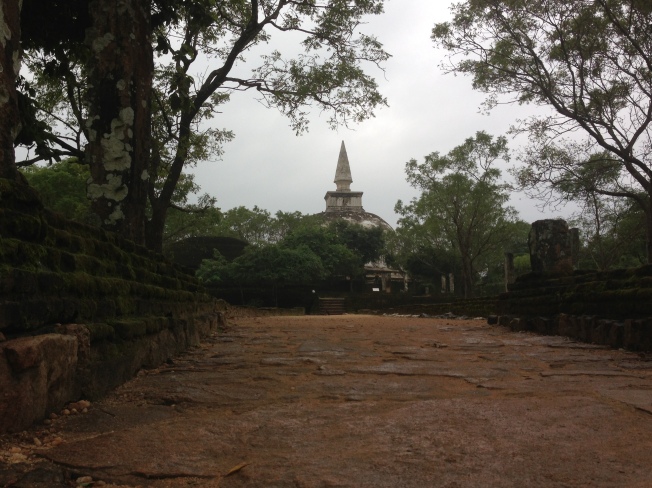 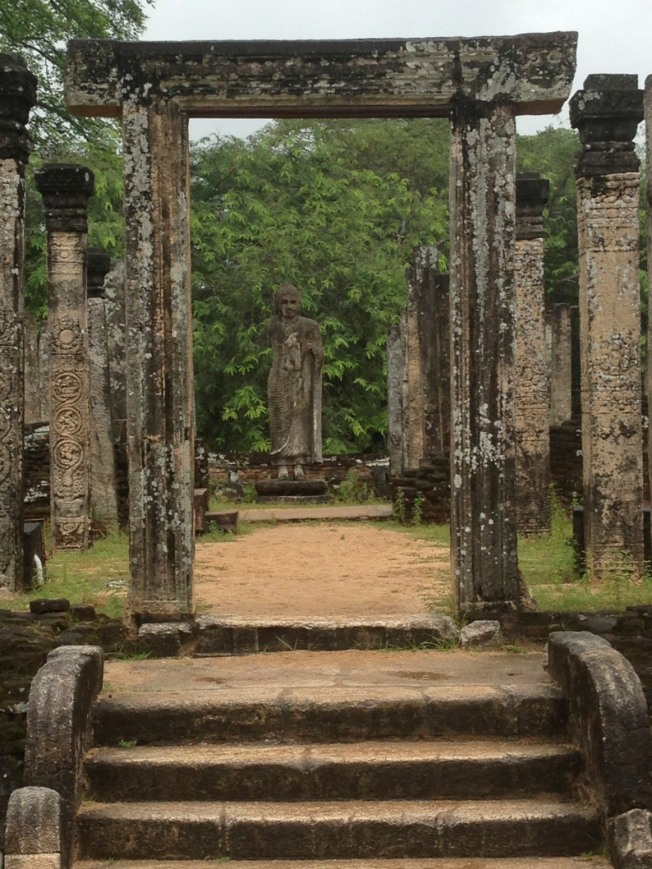