Dropping down from Patni Top tested my brakes. Traffic made it a little more difficult as I tend to move a little quicker and am forced to brake too much. .Roadworks and an overturned lorry allowed me to slip past queues and have the road to myself. The village of Kud has many shops selling Indian sweets to tourists and I stopped for a selection. The traffic caught me up but then a major bottleneck in the village allowed me once again to get ahead of the pack. I enjoyed the ride down but stopped at an Hindu shrine to devour the sweets I had just bought and restore some energy from my climb.
It had become a lot hotter on this Southern stretch of Jammu. The vegetation more sparse, less green and much is given over to cereal production.

As the area became increasingly populated and given over to private land it was difficult to find a place to camp. However I found a little spot next to the road which was hidden well enough to avoid excessive local interest.
At this point of my journey I had to consider wether I should visit Jammu itself. Detailed as the ‘city of temples’ the guidebooks are less than impressed I decided that I should cut the corner and keep moving Southwards towards the more temperate climate and hills of Himachal Pradesh. The other consideration was a visit to the Golden Temple at Amritsar and left this thought for when I reached Punjab.
It was a good nights sleep although a return to the fight against mosquitos and which I had forgotten about for some time.
My route took me through Udhampur and East towards Dharamkot, Parnala and Mahampur. The journey through the dry mountain range was quite beautiful. Camping is tricky on such a mountain road with little space next to the road. But I did find somewhere and was so arid and thorny it seemed like I was in Mexico. I punctured my thermarest sleeping mat on a thorn that pushed through the bottom of the tent and despite my efforts with additional layers to prevent it. 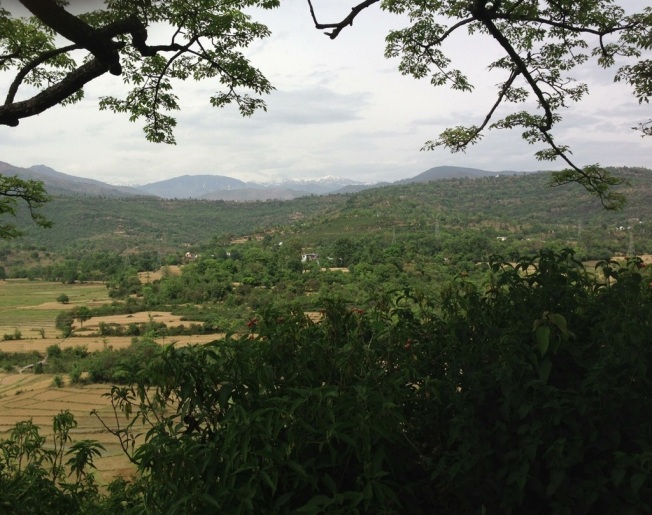 I cycled past spectacular lakes and finally arrived at the Ranjit Sagar Dam which is the gateway into the state of Punjab. I stopped at a busy row of tea stands and chatted with a young engineering student that was helping a relative out with his shop. Sadly whilst distracted in conversation my Eastpak backpack disappeared. This was a nuisance as contained some useful bits of kit; torches and trusty penknife, my raincoat, an e-reader, a little money and some personal items. A little disappointing and a low point for my trip but my documents were safe. It could have been worse. There had been a number of tourist coaches and vehicles that had parked whilst I had chatted and so entirely possible that it had been quickly lifted with my noticing. 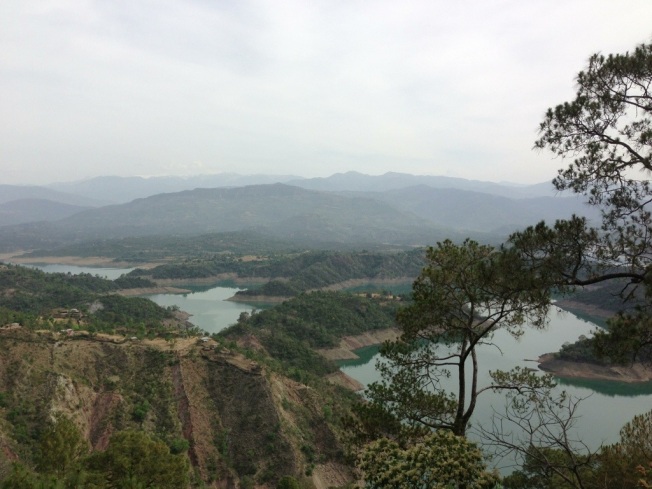 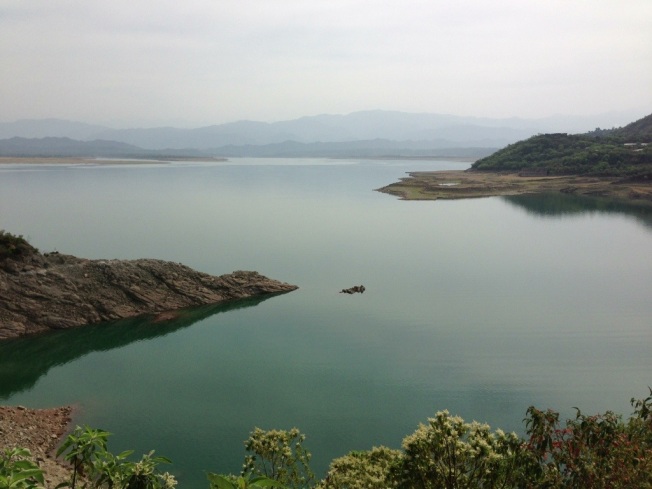 It was a very hot day and losing the backpack took a little weight off my back. Beyond the dam I encountered a checkpoint manned by smartly dressed turbaned police. I reported my loss, they took my telephone number and I cycled over the border into the state of Punjab. Next stop Pathankot!