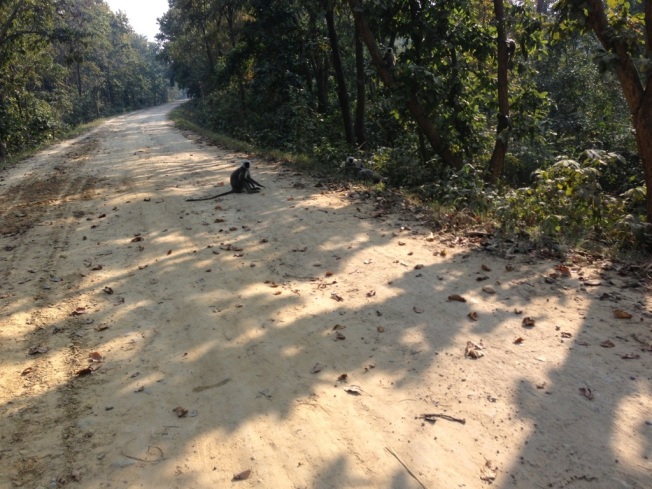 Once in the Lumbini region I thought carefully about visiting Siddartha’s (Buddha) birth place at the town of Lumbini. It is now a well developed world heritage centre with a large garden built around the Ashoka pillar which designates Buddhas place of birth. I had already decided to continue East and past what I regarded as a tourist attraction.
However I came across a local road sign for Kapilvastu. Recent archeological work has revealed the ancient ruins there to be of King Śuddhodana’s (Siddartha’s father) palace. It is the area where Buddha lived until he was twenty nine and where he ventured out beyond the palace walls before deciding to tackle the world of suffering that he discovered. The temptation to view the land, ruins and museum was too great. I headed off along a rocky road through woodland South towards Kapilvastu with monkey troops for company. The area is quite swampy in parts and the open land is richly cultivated by local families.
Once past a small village I was presented with a wide river to cross. A major bridge was in the process of being built and jutted out from the opposite bank. Meanwhile
people had to wade across the river.
I made three crossings to carry all my gear and bicycle and helped an elderly man with his bike.
Shortly I arrived at the small village of Tilaurakot. I had milk tea (made by a grumpy woman) opposite the entrance to the museum. I only had half an hour to visit before it closed. 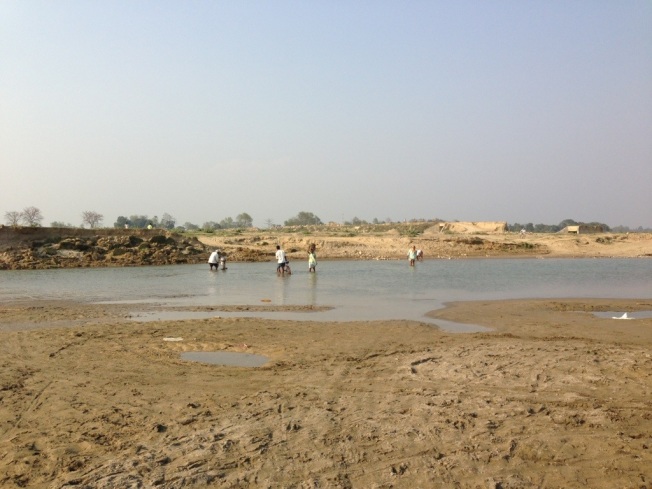 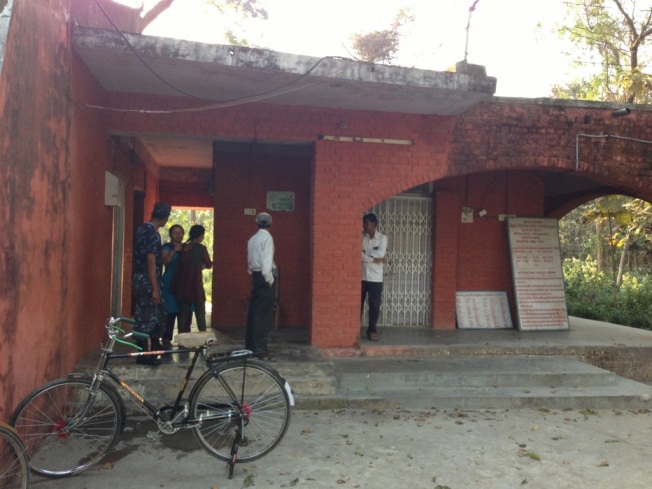 The museum is quite small but contains hundreds of artefacts including many coins and stone carvings. Outside is a garden of architectural finds and another open building with large stone exhibits. A short distance away through the village are the ruins of the old palace. They were impressive with the remains of long wide palace walls, buildings and large gatehouses.
By the entrance to the site I stopped to chat with several monks that lived nearby, one of whom was originally from Sri Lanka. He had a wonderful smile! 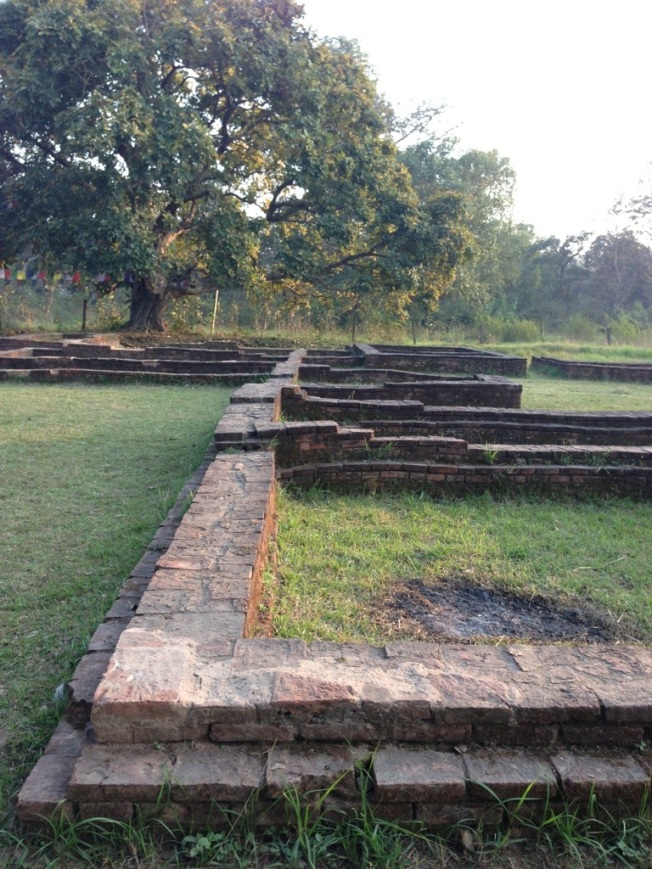 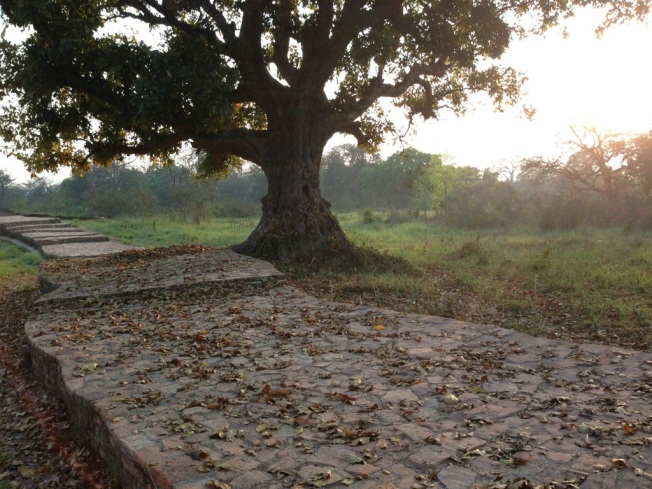 Possibly the Kapilvastu site is less impressive than the modern development and garden at Lumbini but I felt glad to have visited and seen the countryside where Siddartha spent much of his life before travelling.
After the junction at Tilaurakot I headed North with a view to rejoining highway 01. With the light fading and nowhere to camp I kept cycling along a long road through treeless wetlands. Fortunately there was a small shrine, Ashok pillar and deserted building by a lake. There were several empty rooms so I bedded down for the night and became a meal for the mosquitos that lived by the lake. 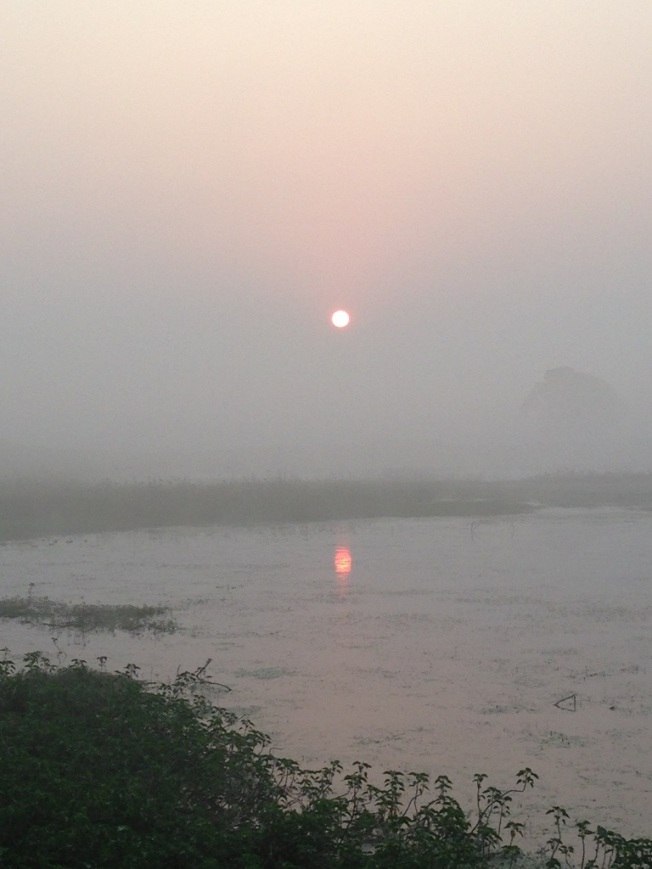 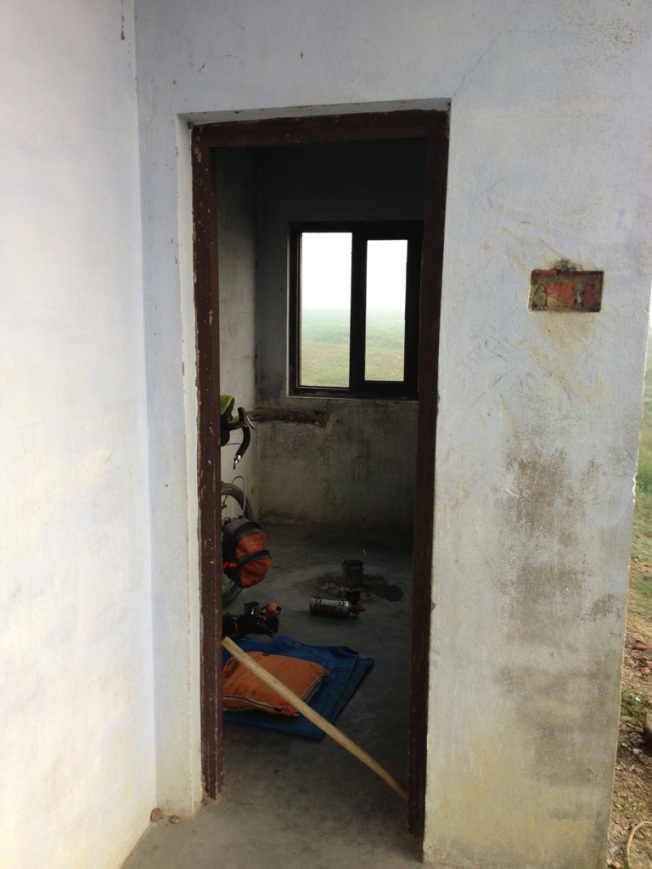 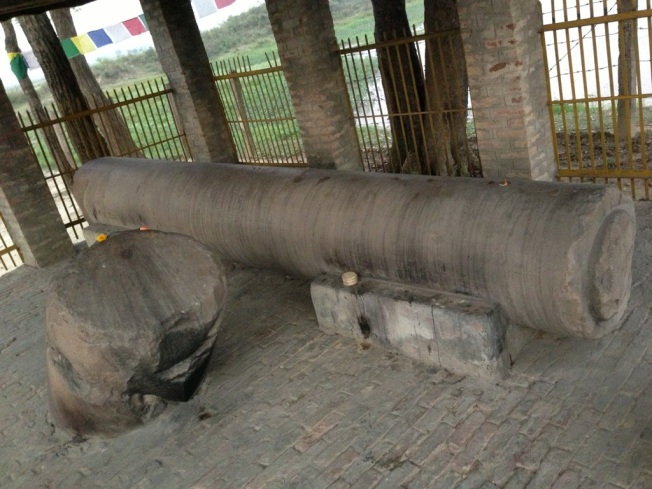 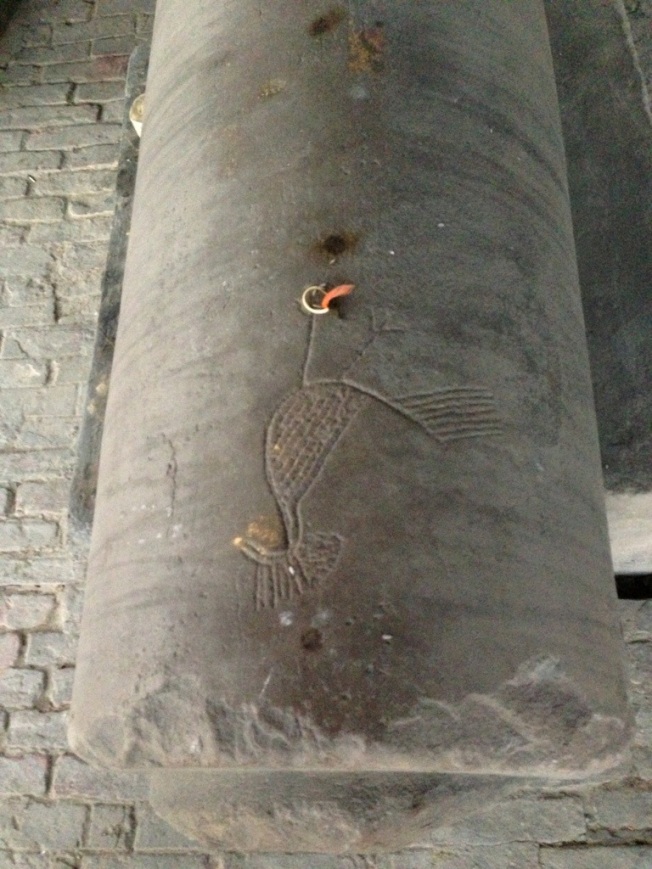 The next day was fun. I bought a litre of honey complete with dead bees for less than £2 and met a cycle mechanic. He showed me the wheels he built for cycle rickshaws. 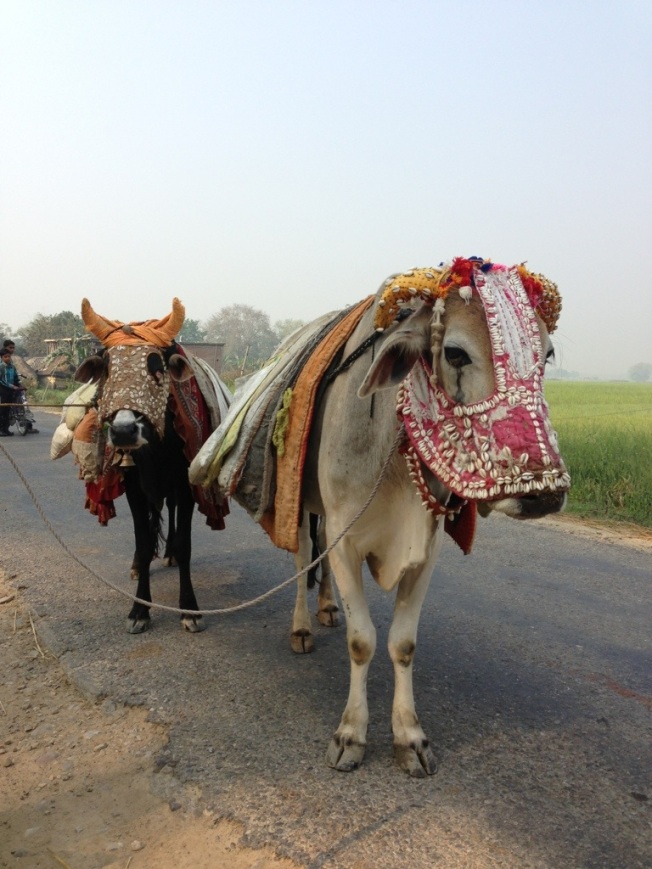 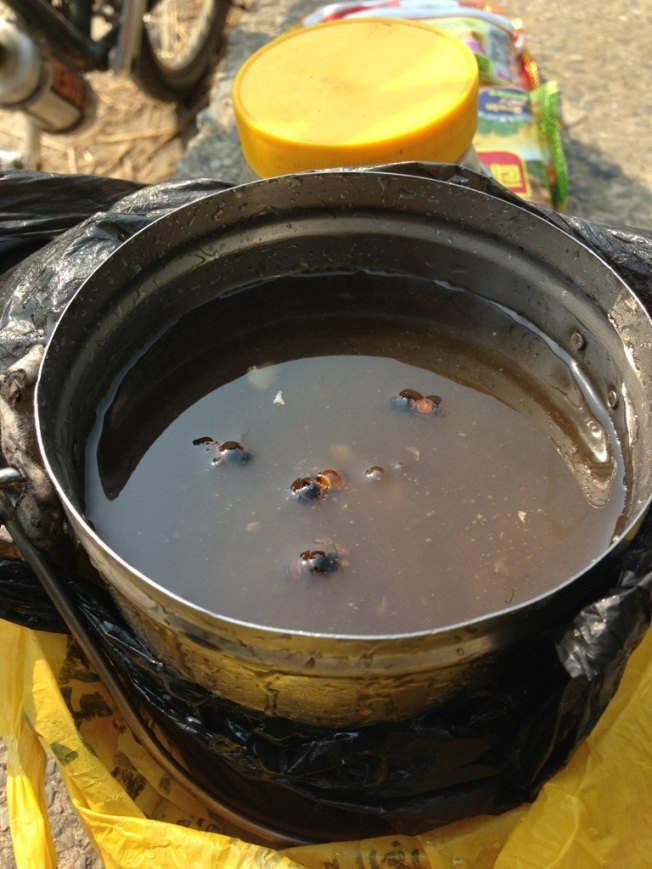 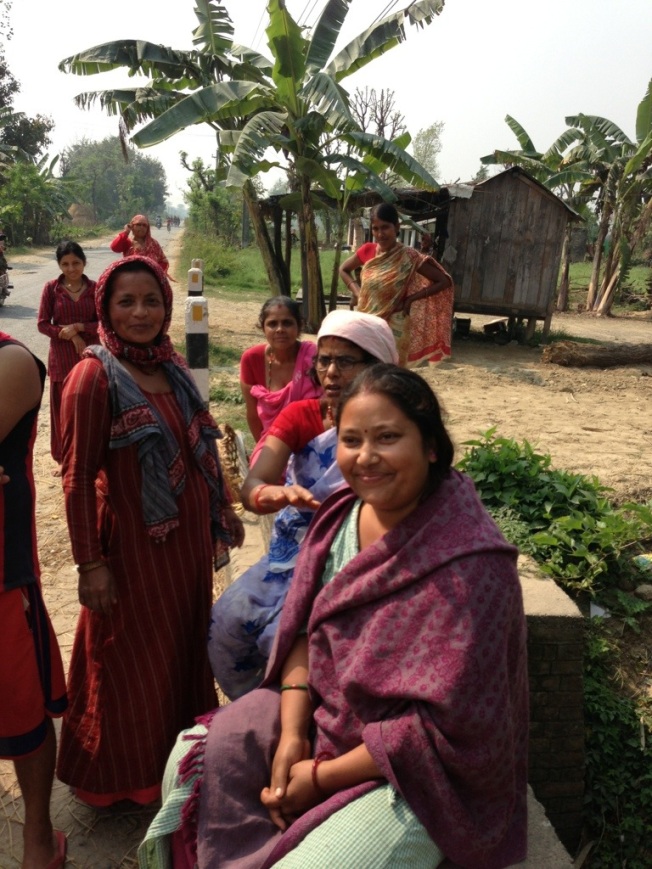 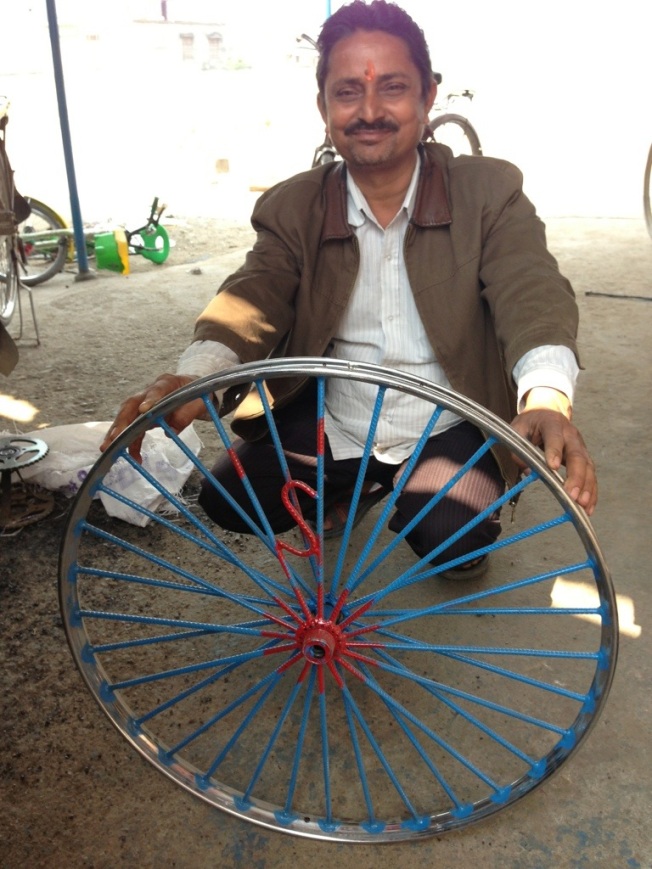