Highway 01 runs the entire length of Nepal. The Terai is predominately flat and runs parallel to the Himalayan foothills. Since the 1990s the road has been upgraded and an extensive Nepal/India bridge building project has transformed the route. Previously it was a major trial to traverse Nepal along the Terai and areas would be isolated by floods and swollen rivers. It now provides an excellent road and surface for cycle touring. Malaria is still an issue during wet months. I cycled over countless new bridges and past huge wide dried up river beds.
The East West highway took me through the deep forests of the Royal Shukla Phatan wildlife park. Out in the open plains again I saw the surrounding hills loom large. Traditional Nepali houses consist of sticks and mud. They are very attractive although need fresh mud yearly to replace any worn away by weathering. I stopped for a milk tea served by a charming man, admired his perfect kitchen made from mud and bought samosas for my lunch.

There are plenty of opportunities to pitch a tent and spent my first night under ‘canvas’ in Nepal. 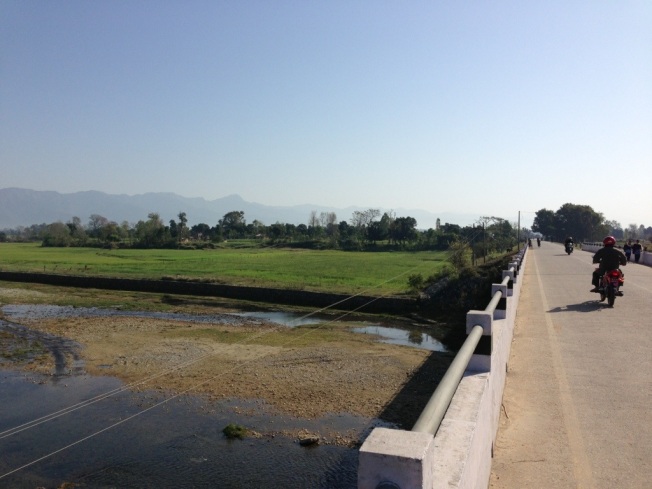 Where do people get the mud for the houses? Ask this tree!

Twenty two bridges and I reached the town of Chisapani the other side of which stretches the Bardia National Wildlife Park.

The Park is home to some of Nepal’s population of Tigers. I camped in it but stayed close to the road. I thought I might be eaten as I relieved myself in the middle of the night. 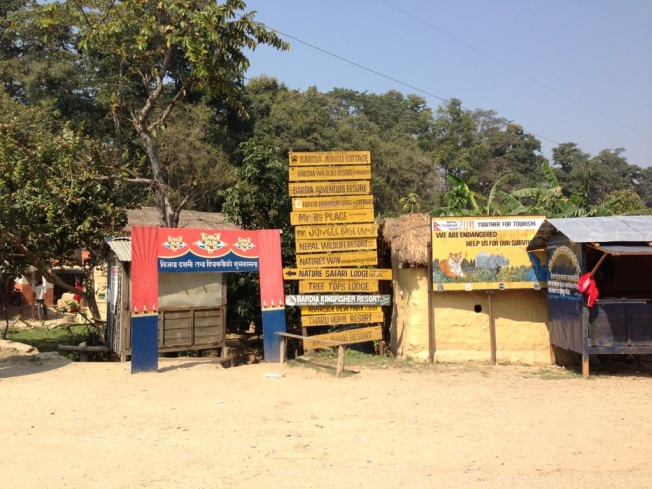 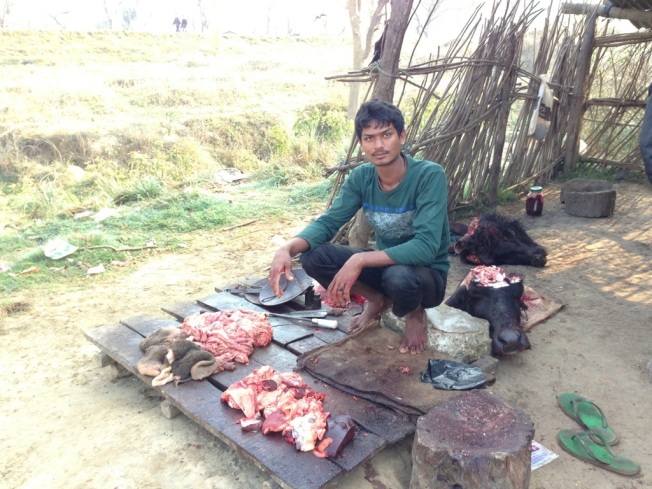 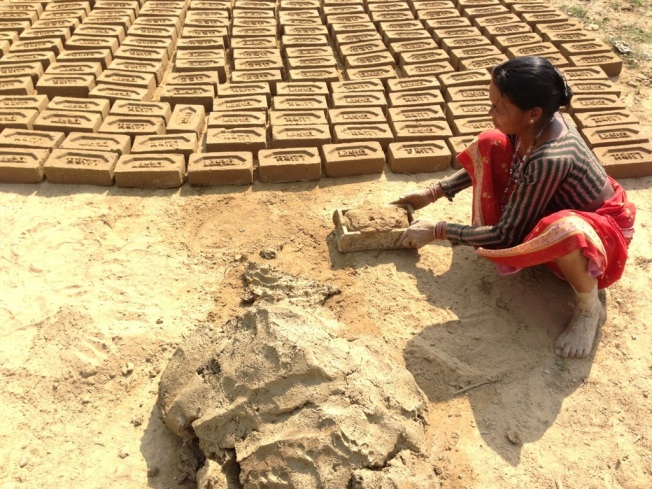 Once past the bridge at Bhalibang I found an excellent place to camp close to a river. With good supplies I would happily have stayed there for a while to go wild in the country. I found myself surrounded with beautiful plants, insects and exotic birds. A little slice of heaven!

Western Nepal is the poorest part of the country and essentially an agricultural area. The people like many I met in Sri Lanka are extraordinary and both kind and gentle. The area remains off the beaten track for foreign visitors and felt by cycling through that I was privileged to have met so many wonderful people.
At Chanai the road became transformed and after a long climb I was treated to an amazing downhill ride. Immediately afterwards I was on a thick forested area and camped the night before heading a little South and into more populated areas.