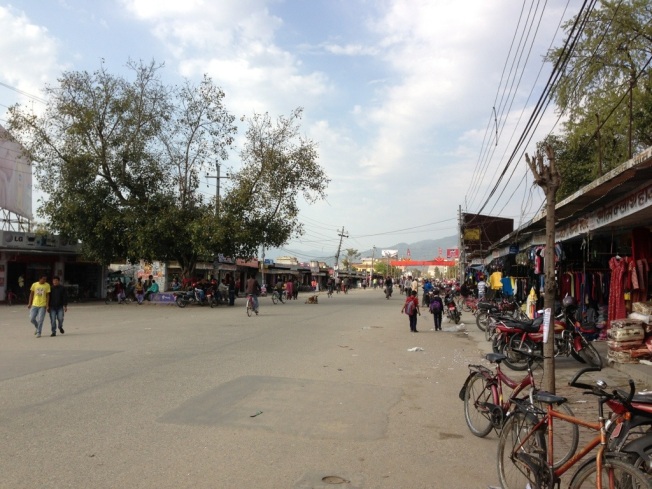 It was a short cycle ride past the Indian ‘foreigners’ immigration centre and over another small bridge. At an army checkpoint a Nepalese soldier shouted ‘welcome!’. I was then certain that I was in Nepal but no one had asked to see my passport. It was the most relaxed entry into a country I had ever experienced.
Overjoyed to reach Nepal I dashed the few miles in to reach Mahendranager.
I still had no Nepali visa and carefully looked for an immigration office or at least an important looking government building. I encountered a large crowd of men. One man was being held up and looked a bit floppy. He had overturned his cycle rickshaw and a bit bruised. It was quite a scene. They manhandled him into the passenger seat of a rickshaw and he was taken away presumably to a local clinic or hospital.
I cycled a little further and reached the main junction in the town where two policemen were beating some chap on the floor with their sticks. This did not seem to attract much attention from passers by. The guy was quite disheveled and appeared drunk.
Cycling down the main thoroughfare past the bus station I spotted a sign to
the Hotel Opera; one of the few places to stay and recommended by Lonely Planet as good value and the best place to stay.
I dropped into the NCell shop to sort out a new sim for my phone. The sticking point was my missing visa. It then transpired that I had missed the relevant building at the border. Easily done as there are no checks once past the Indian side. So somewhat laboriously I returned, found the small building and sat with a friendly chap who quickly processed my visa for 3 months. He took large denomination Indian notes and then offered to further exchange cash for Nepali currency. The rate was good and he provided a huge wad of very low denomination notes. I had a fistful of Nepali Rupees and which is quite bulky to stash. Useful though as few people seem to have change.
Back along the potholed road to the town and to NCell for my nano SIM card.
For that, and which is actually fairly straightforward, I had to provide passport, visa, photo, personal details, wife’s name, grandfathers name and fingerprints. The last two surprised me. 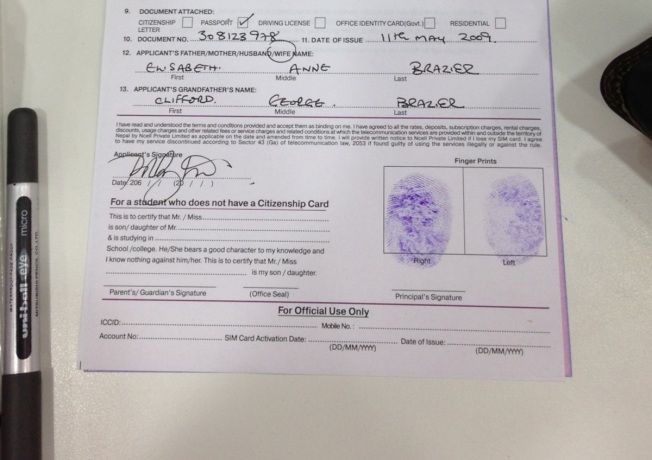 I checked into the Hotel Opera which is decidedly swish and they provided a fair quality room on the ground floor in a side annexe close to the road. Perfect for me and my bike. 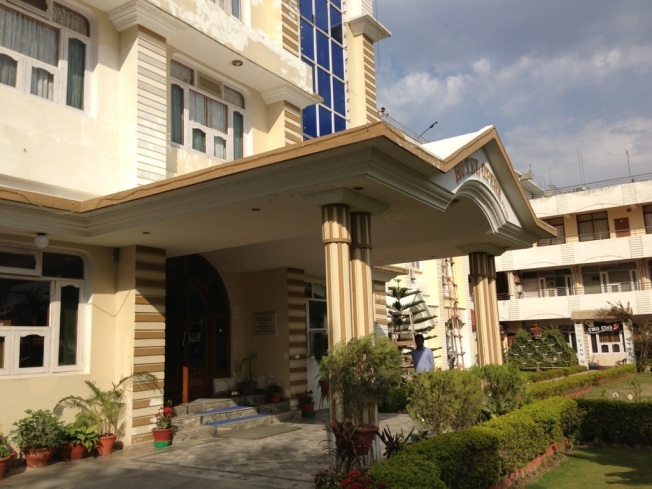 Mahendranager is an active border town with a busy bus station and thriving shops. As the link between India and Nepal it appears quite prosperous. Amongst the multitude of shops I was struck by the number of places selling alcohol, spirits in particular, and the amount of bicycle shops. In Nepal the cycles are far more modern than in India with cables and gears. 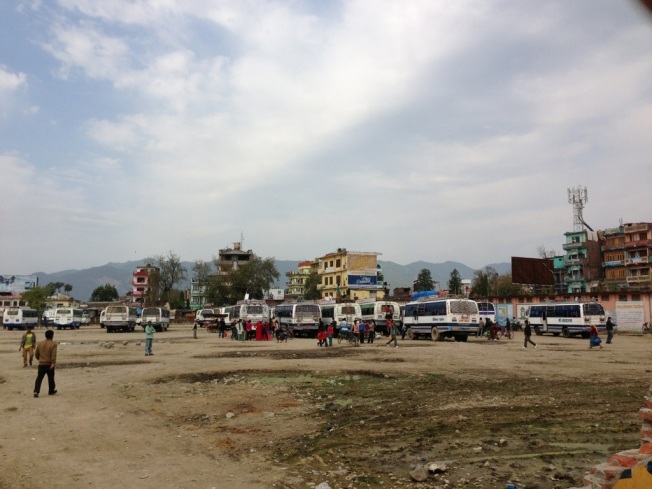 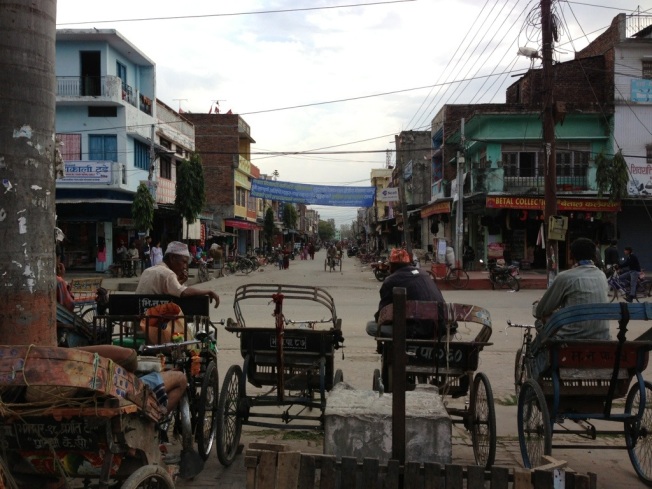 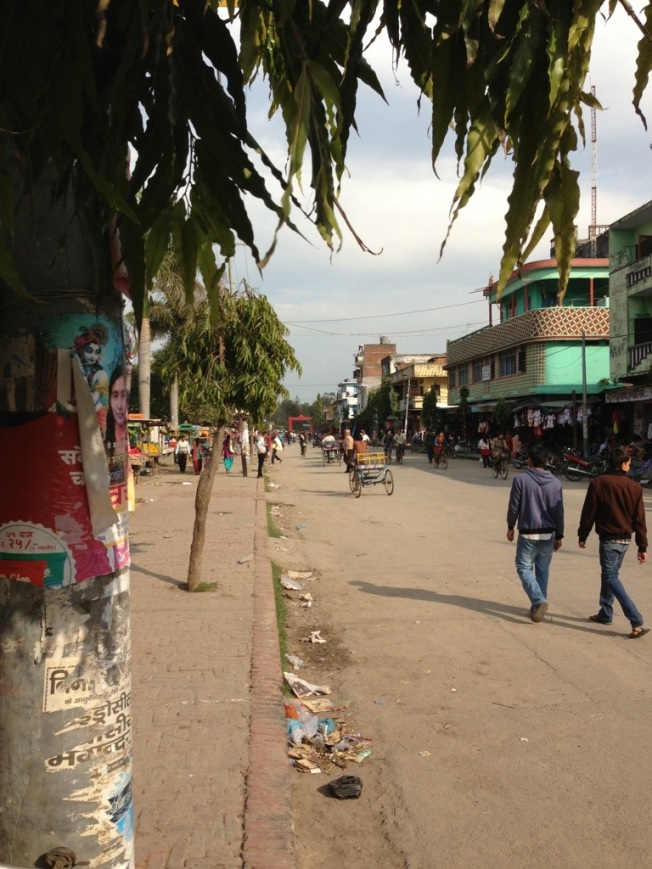 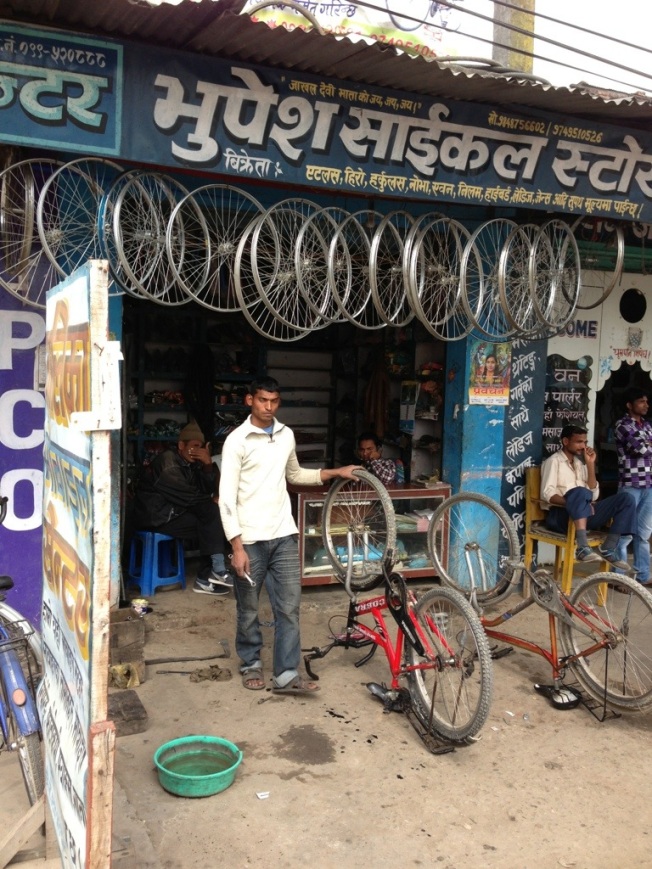 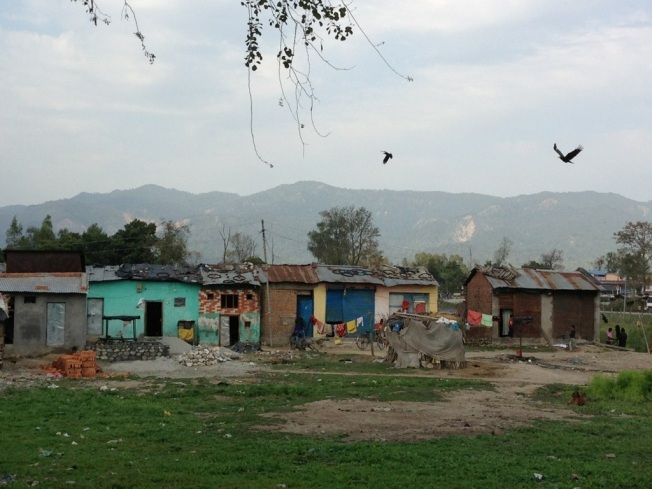 I declined the hotels offer to use their casino the entrance to which was close to my own room. The hotel came to life when VIPs arrived to stay. They were accompanied by armed guards and soldiers that became posted around the grounds. I imagined that the guests were government officials and had quite an entourage. The next morning I was back on the road heading East on Highway no.1. 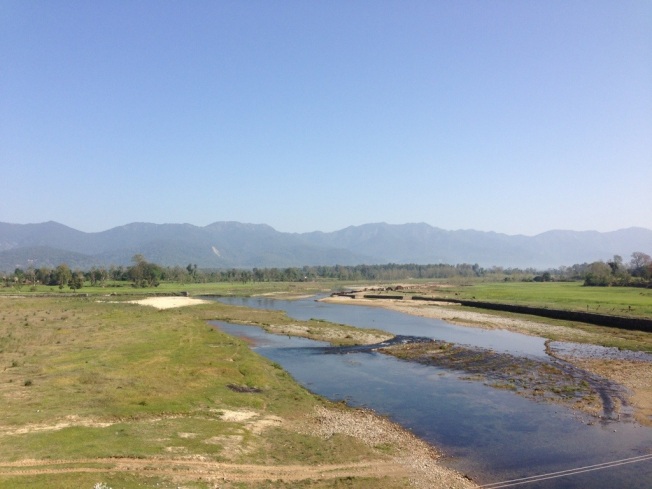