The next stop on my ride East placed me at Moradabad. I quickly found a simple room close to the main railway station on Budh Bazar Road. Cheap and clean; Hotel Pankaj was the perfect place for me to roll in with my bike. 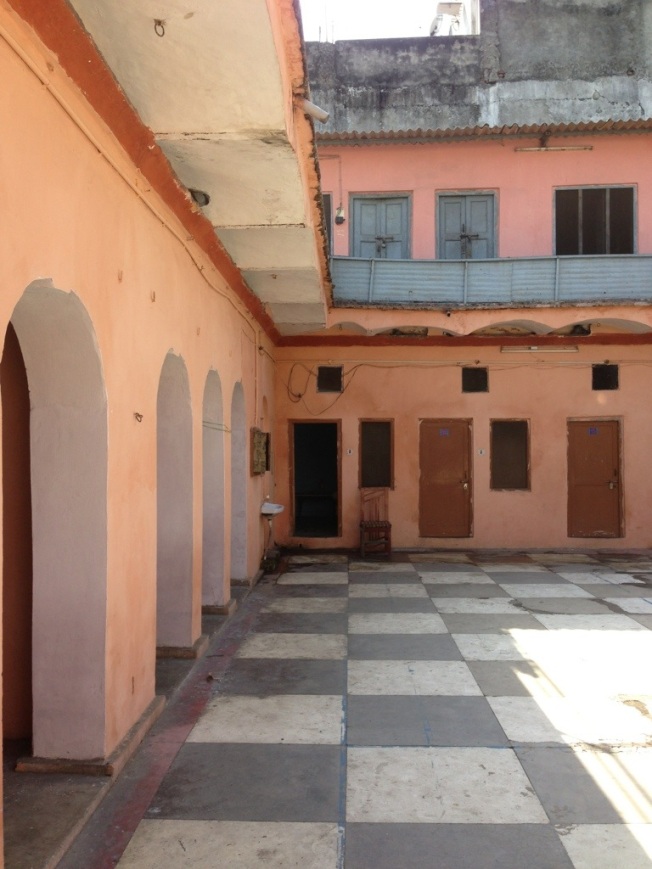 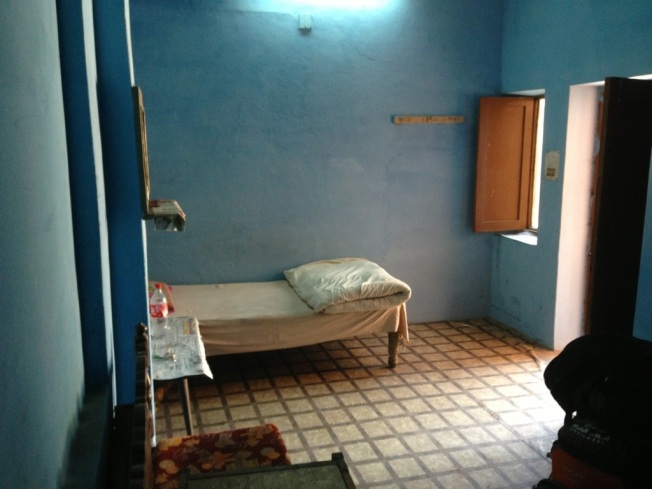 I took a little time to walk around the city. It is known as the ‘city of brass’. I tried unsuccessfully to find brass items. Moradabad also boasts of being the greatest exporter of textiles. However I think much of this business is undertaken in large warehouses away from the public gaze. However it is a colourful city with a vibrant market and atmosphere. 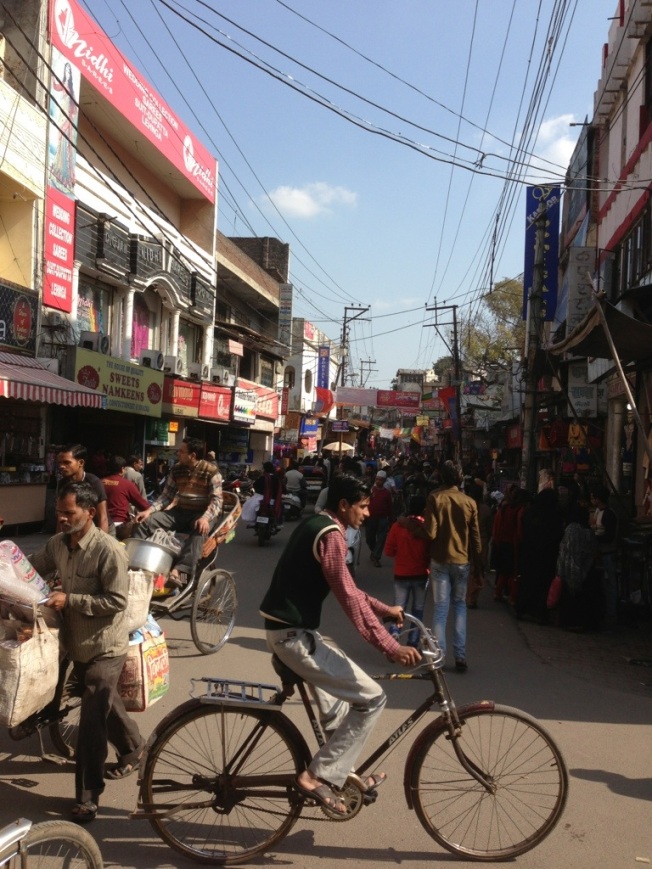 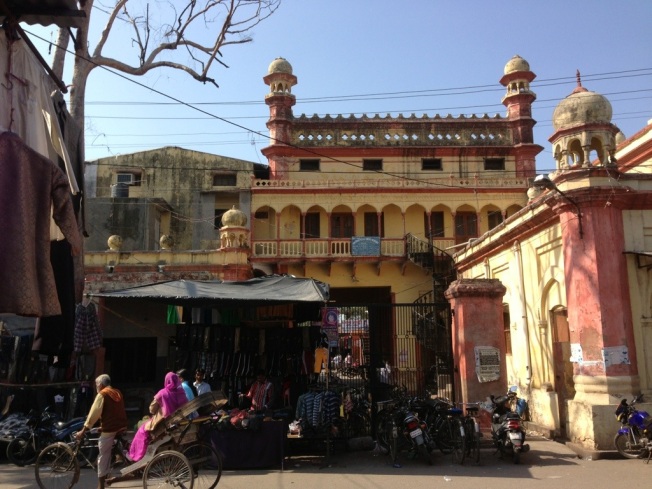 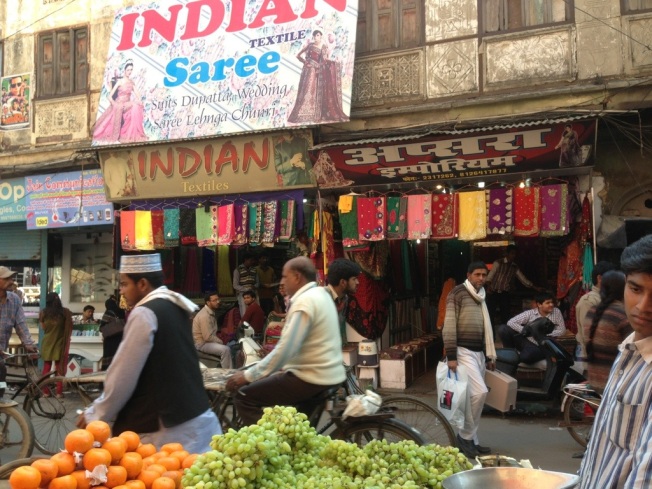 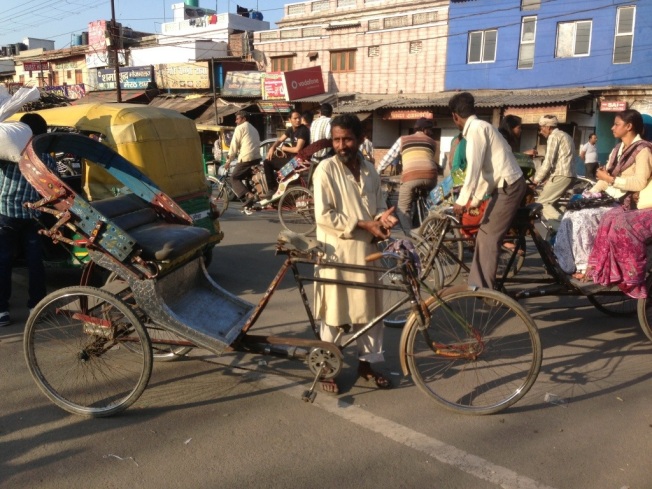 Interestingly an area behind my hotel had a wonderful old house and the owner was very happy for to to photograph the grand entrance. Also the whole area in front was filled with cannabis. I had seen it growing in large amounts all along the highway. It is a common weed but surprised to see so much in the centre of a large city. 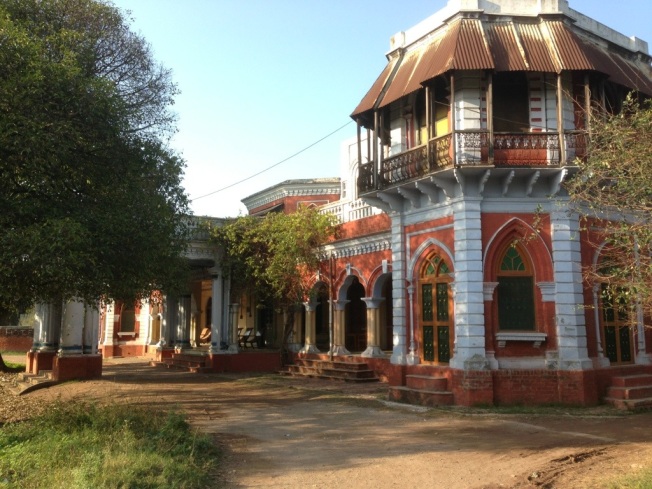 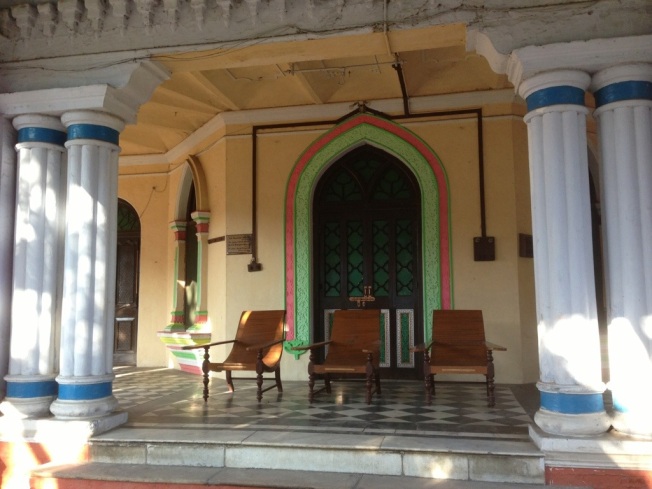 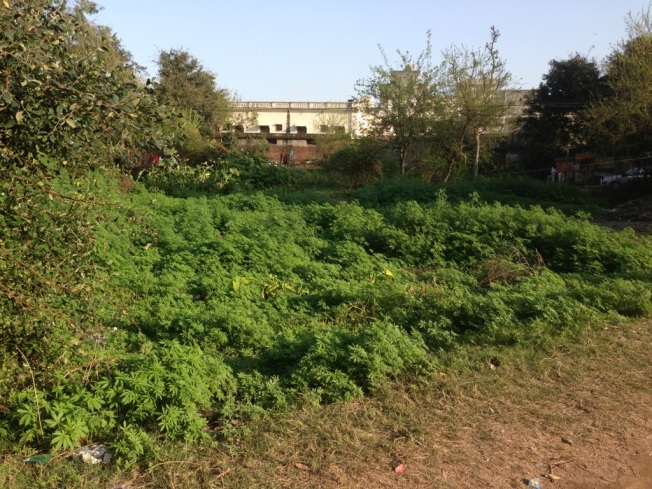 My search for the brass was fruitless. But almost opposite my hotel was a Royal Enfield mototcycle showroom. Proudly displayed outside was an early 80s example. I met the manager and enquired about the price. He told me that it was ‘not for sale’ 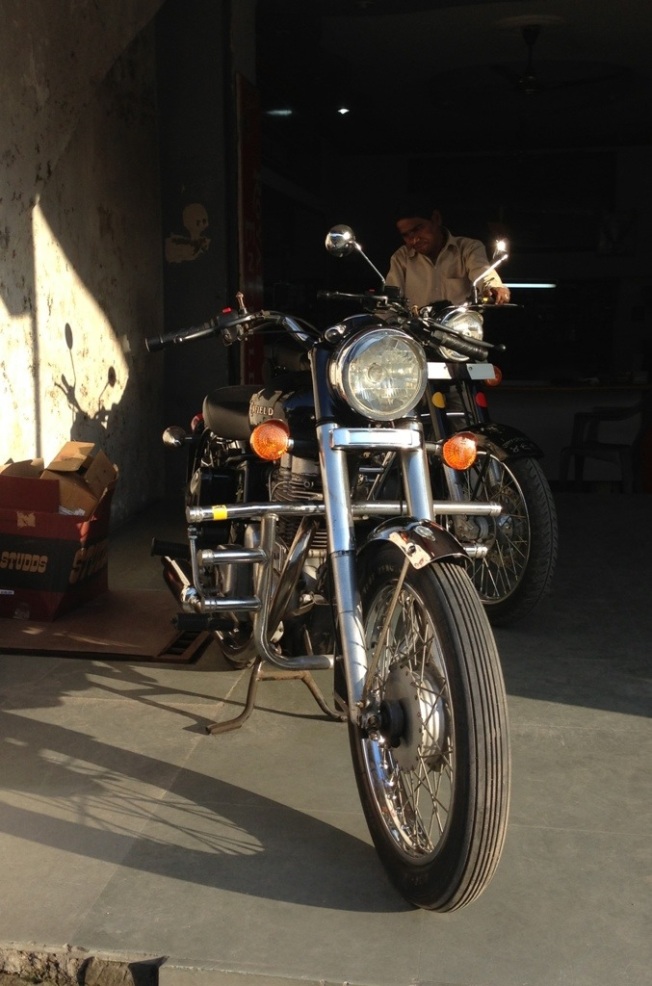 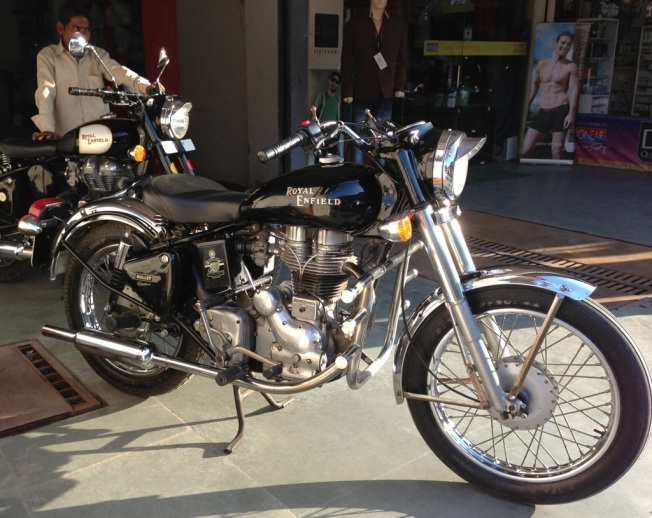 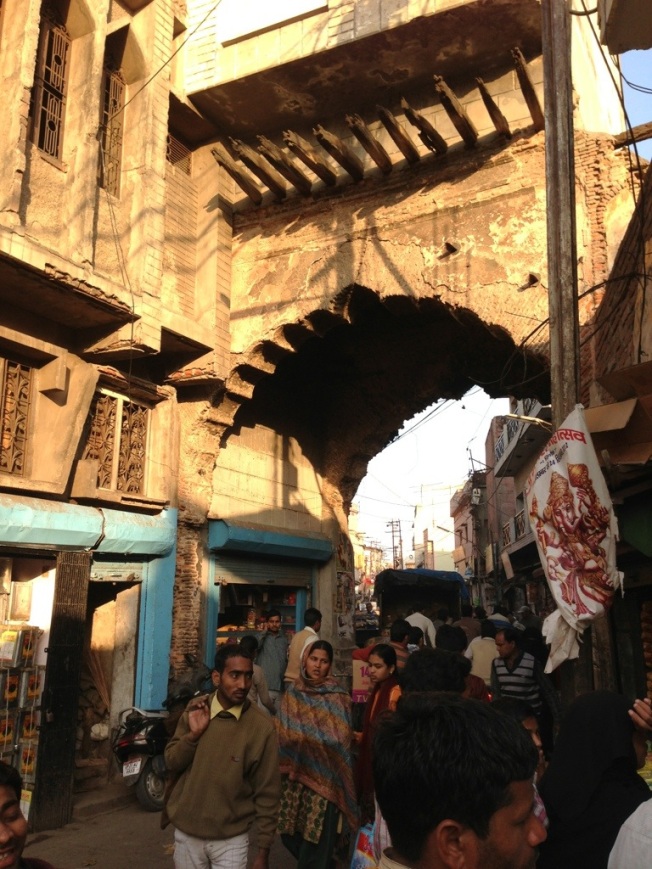 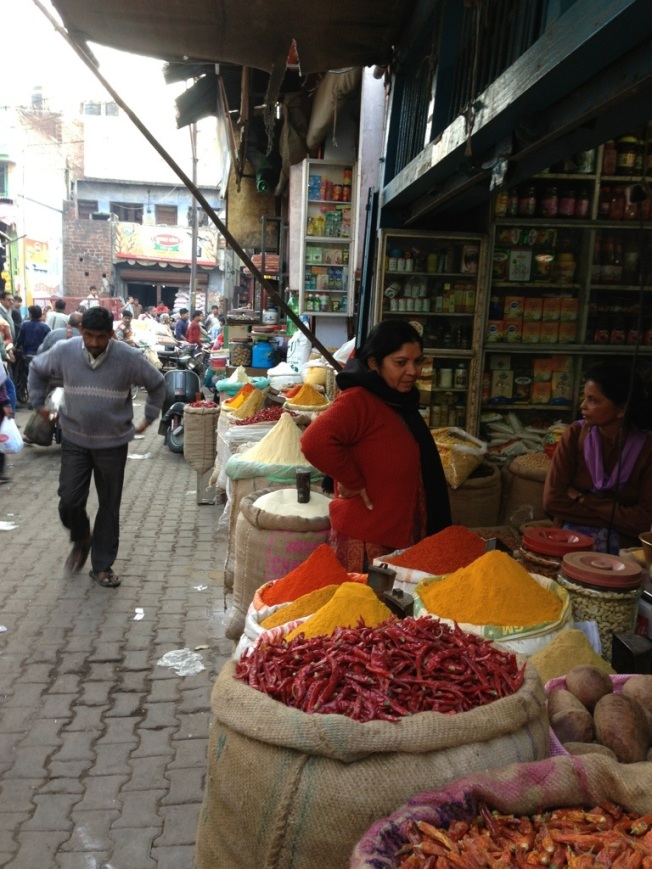 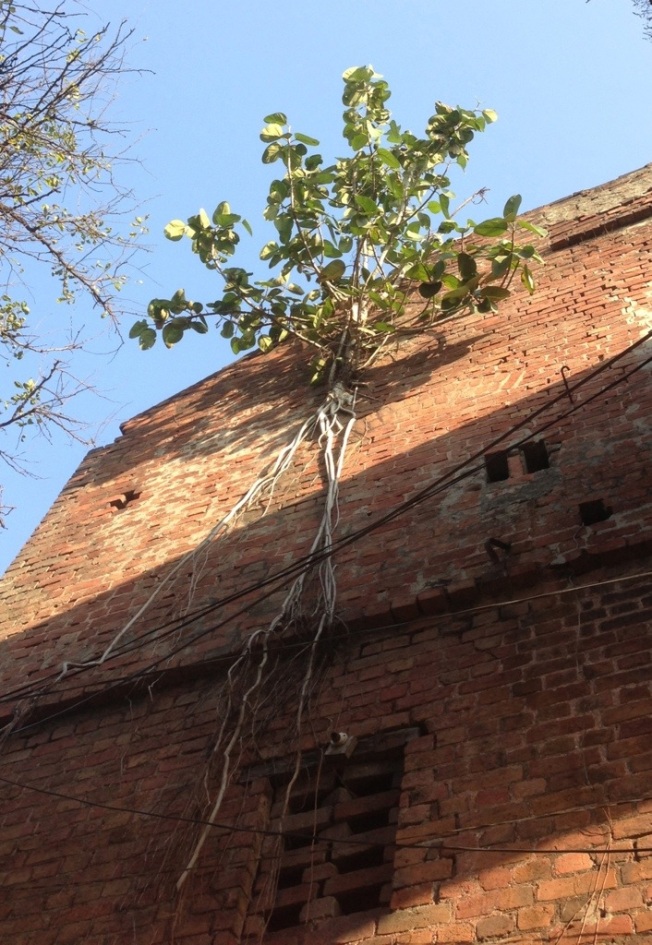 The only disappointment with Moradabad was my evening meal. I had spotted an restaurant on the Rampur road with a tandoori clay oven. I missed the amazing food I had eaten in Delhi. Sadly the food was barely cooked and inedible. I left it almost untouched and despite my protests paid in full for the dubious experience. I switched to a roadside seller around the corner and enjoyed a classic rice, roti, vegetables and pickle dish with automatic refills.
I passed through Rampur on the way to Rudrapur City. Rampur has a wonderful old railway station which is the resting place for an old carriage. The surrounding building is a home to local families and for sack makers. 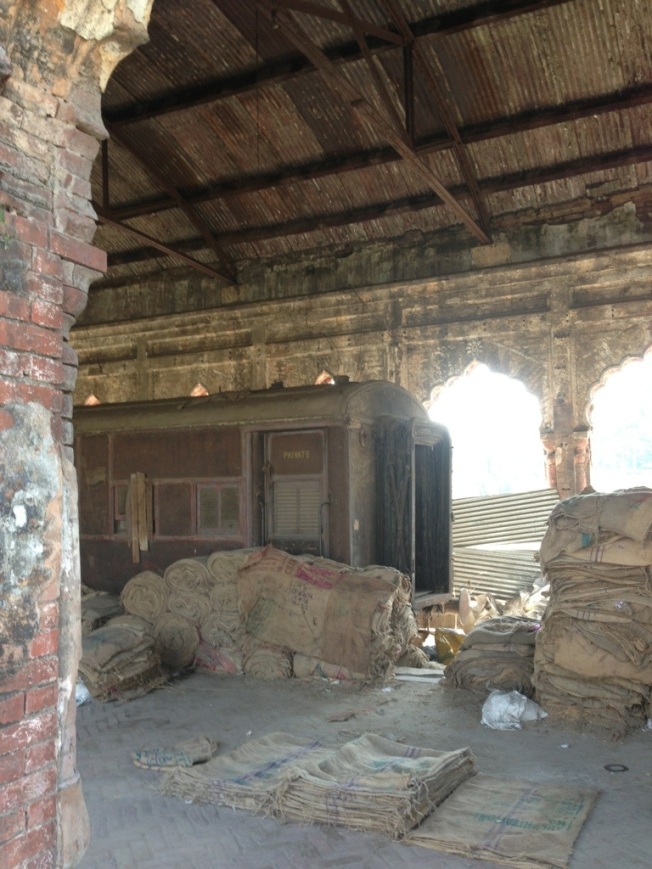 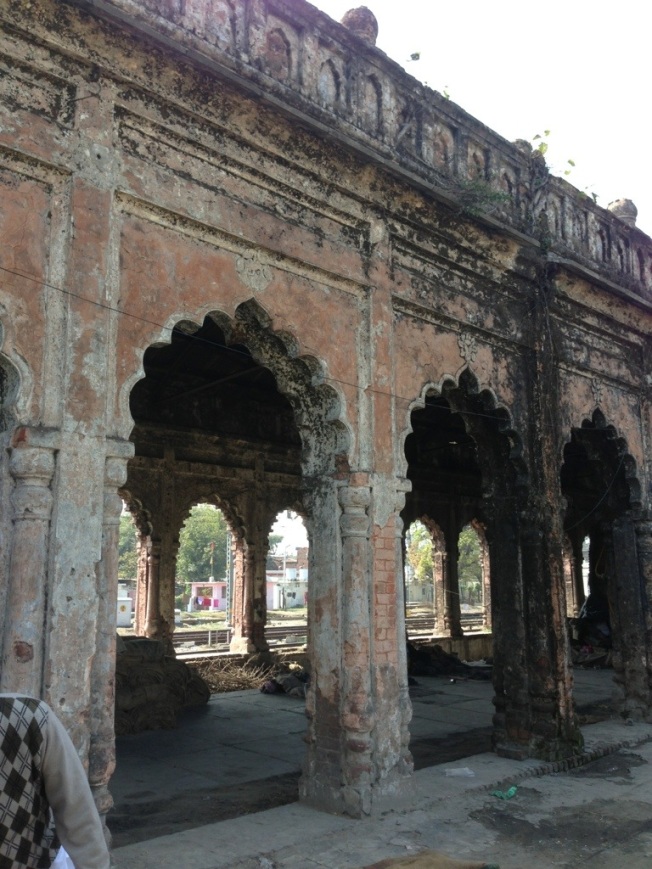 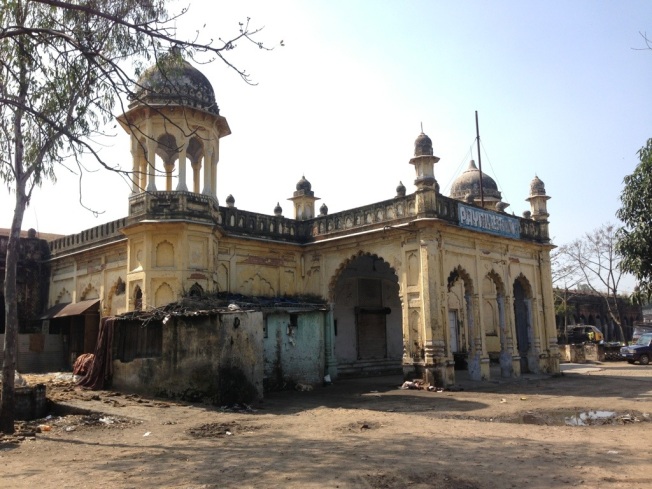 Unable to find a room on arrival in Rudrapur City I cycled into a residential area and enjoyed some momo and tea from street sellers. I was surrounded by local people that took a great interest in my travels and bicycle. My search for a room was then accompanied by two young lads on their bicycles. They led me to the centre of town which had numerous high rise tourist hotels none of which were terribly suitable. Finally I found one; the Hotel Corbett Inn and they happily provided a cheap room by a small roof area. Once settled I went out to soak up the local nightlife. I had a great meal and on the way back was drawn in to a wedding party. The couple followed the procession of lights and music in a car. I was treated like a special guest and had quite a part in the wedding video with my interviewed reactions to the event. 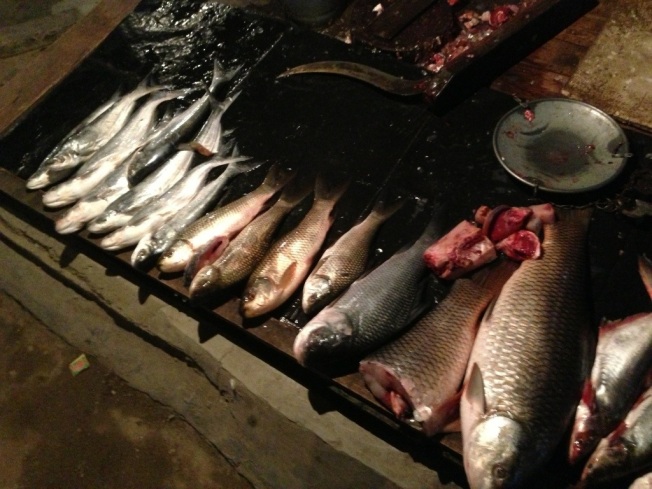 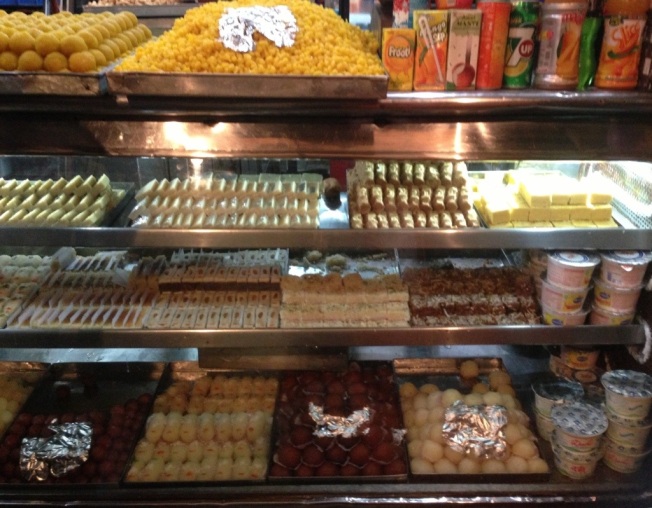 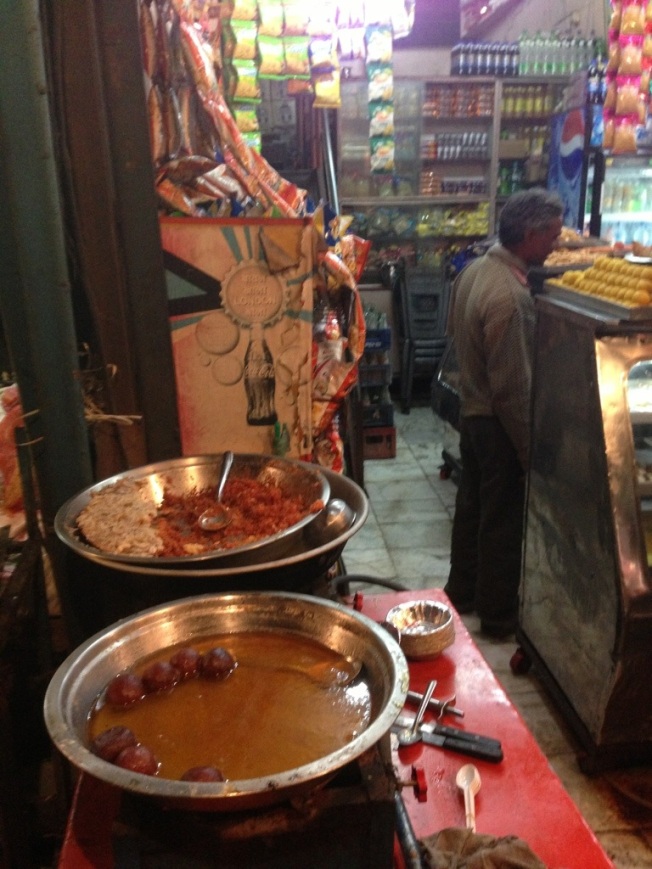 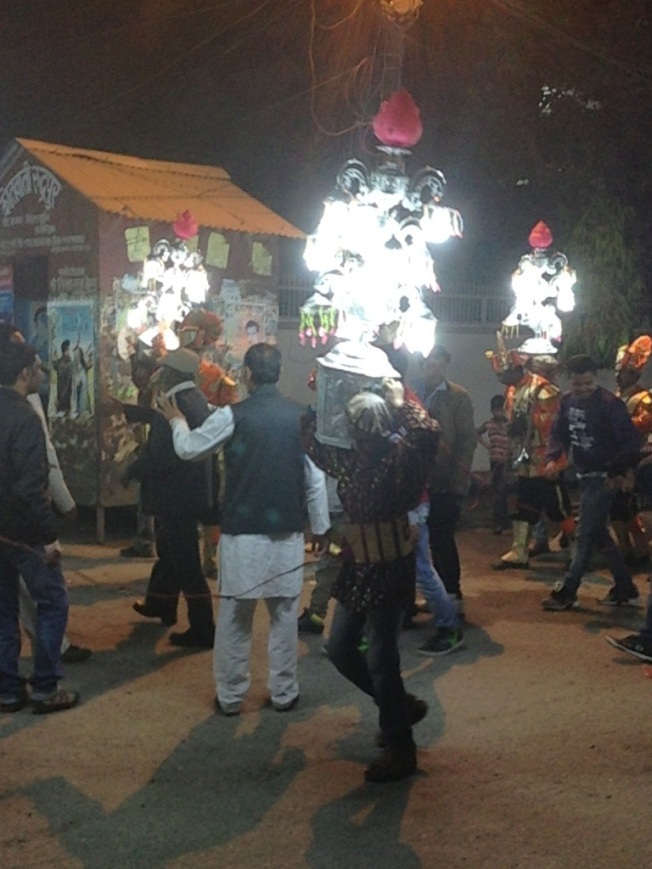 A wave goodbye to the staff at the Corbett Hotel and I continued towards the Nepalese border. Past Bandia and towards the town of Sitarganj I stopped at a lake which appeared to stretch as far as the eye could see. 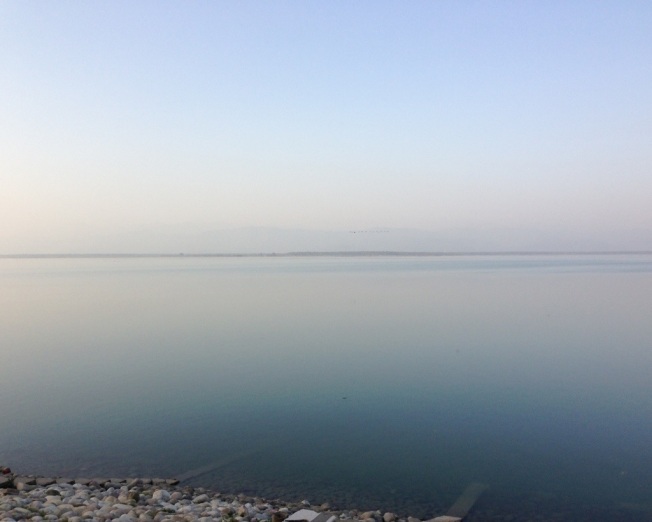 I stayed at yet another dirty little hotel room at Sitarganj. I find it incredible that so many hotels, many of which have staff doing very little, are happy to place their guests in filthy rooms that obviously have not seen a cleaner for months on end. I ate fish from a nearby stall which was directly in front if a liquor store. It was home for local drunks. The fish tasted fine but I was to suffer afterwards. 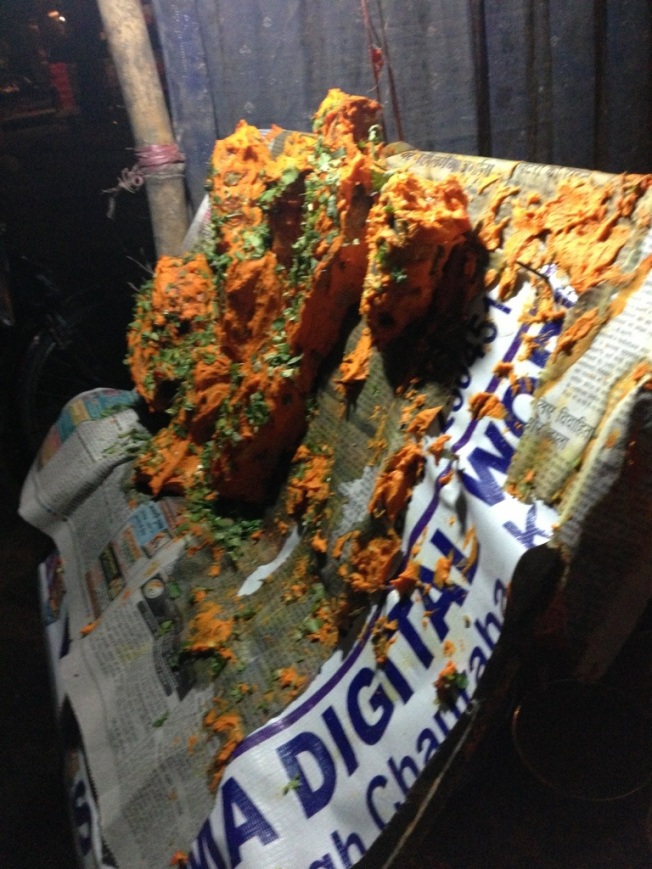 Sitarganj was a lot bigger than I realised as I had arrived late in the evening and had not really ventured too far. I really had my eyes set on reaching the border with Nepal and set off fairly early. After reaching Khatima the road turned to a stony track which followed along a canal. A large barrage presented the last great barrier before the border and with a pleasant chat with an immigrations officer and exit stamp in my passport I was between the countries. I could not suppress my absolute joy at reaching Nepal. 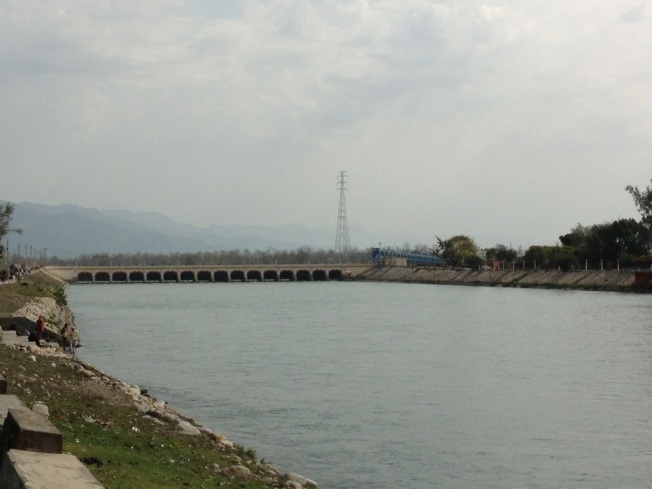 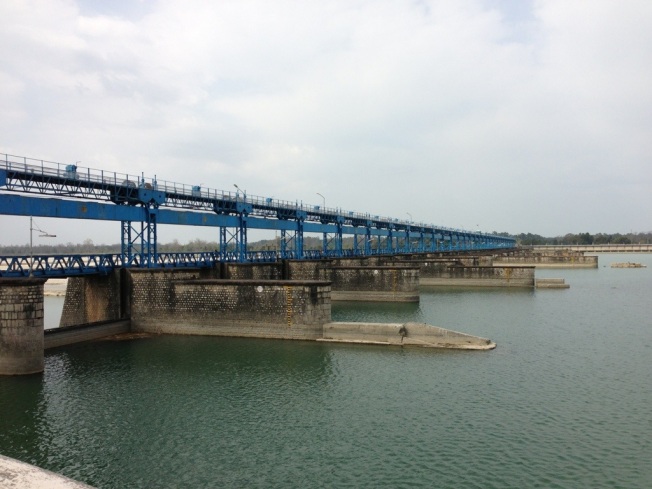