I booked two nights at the Wonghden hotel to get myself established in India. I had been recommended Vodaphone in terms of mobile phone coverage for the areas I planned to visit. I set off into central Delhi on my unladen bike to sort out a new SIM card for my phone.
The sights and sounds of India brought back memories of my trip here with Anne. I found myself once again at the Red Fort and stopped to chat in front of the main gate. 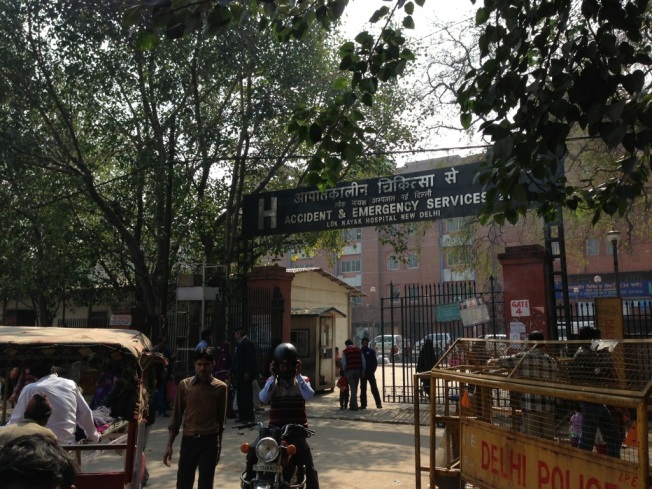 Unfortunately I could not cycle in the grounds but instead pushed on South towards Connaught Place. As I cycled past a hospital A&E department I hoped that I would not end up inside it.
I stopped to eat a paratha close to an ‘independent’ journalist centre heavily ring fenced with barbed wire.
The freshly baked paratha was lightly stuffed with spices and vegetables. It was wonderful and so… so much better than the pale imitations served in restaurants back home. It was a busy stall!
As expected it was not terribly easy to get a SIM card for my phone. At Vodaphone I was given a queue ticket. When I finally (yawn) was seen; yes they would provide a prepay SIM but only as a replacement which would involve a return to the shop the next day.
I went to the Airtel shop, also at Connaught Place and immediately was seen by a friendly chap. He also sorted out another customer at the same time. He skilfully juggled forms and photocopied details and fairly quickly I was walking out with a new SIM and internet data plan. A call to Airtel four hours later to confirm my details and I was connected.
Because of security issues and in the the light of the Mumbai terrorist attack applicants for mobile connection need to provide a photo, passport, visa and personal details including address in India and other family information. Frustrating but with good preparation it can all be done very quickly.
I returned back to the Tibetan Colony via the Kamala Nehru Ridge Park. The park rises quite high above Delhi and is occupied by monkeys and various Delhi University faculties. It also appears to be a good place for dating. I was taken aback to find such a pleasant green lung in the midst of the Delhi madness.
Back to the Tibetan Colony and then out to eat a superb meal at one of the small eateries in one of the streets on the Indian side of the main road. I also snagged some momo at a fraction of the price that the Tibetan restaurants were charging. 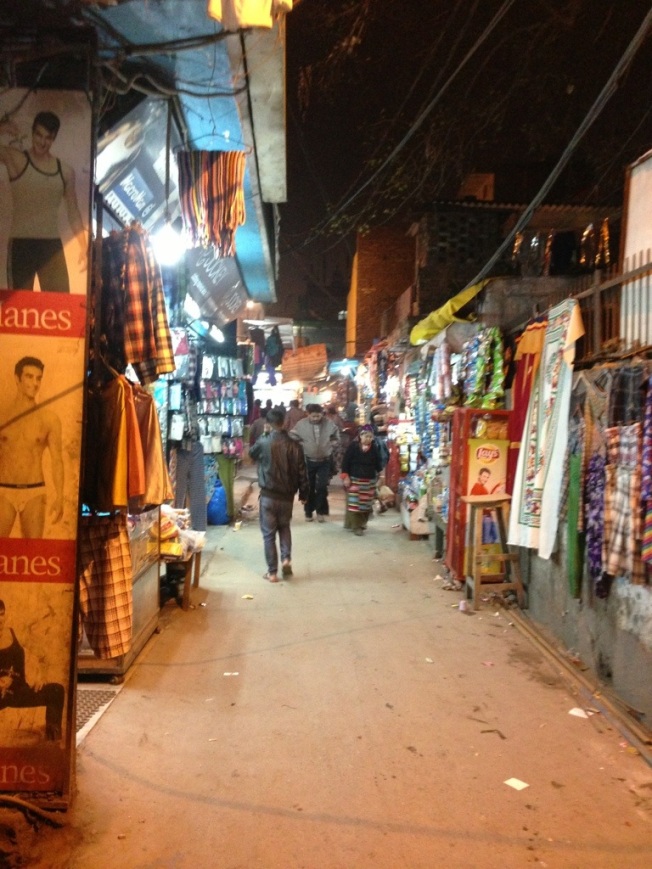