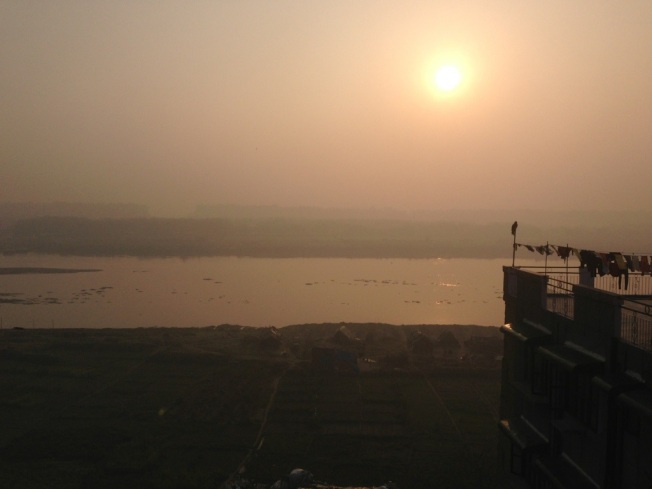 The flight to New Delhi arrived a little later than I would have liked. Once I had picked up my bike and luggage it was already dark. Hardly ideal for finding accommodation in the sprawling metropolis of New Delhi. Thankfully the bike had survived the flight and I put it all back together for a new adventure.
I had some difficulty changing money as the Thomas Cook counter was closed. It was staffed but they told me it was shift ‘changeover time’. It would be a ’15 minute’ wait and which then became another 15 minutes. Given that it was getting late and I needed to find somewhere to sleep I used an ATM.
My plan was to head for the Tibetan Colony at Majnu Ka Tilla to the North on the Yamuna river. I had tried, unsuccessfully, to book a room at the well reviewed Wonghden House but they had told me via email that there were plenty of other good hotels nearby. It was my best shot.
The roads were a nightmare. Roadworks led me West until finally I hit the ring road back towards North Delhi. It all took forever and it seemed like the road system was a disaster. With the help of google maps I found my way to the Tibetan Colony and to Wonghden House. They had a room! Hurray!! The staff were surprised that I took my bike up to the room on the 4th floor but had no objection. It was an excellent room right next to the roof area which provided a good view of the Yamuna river behind.
I woke early and caught the sun rising beyond the river. I had arrived in India and had found shelter within an oasis of calm. 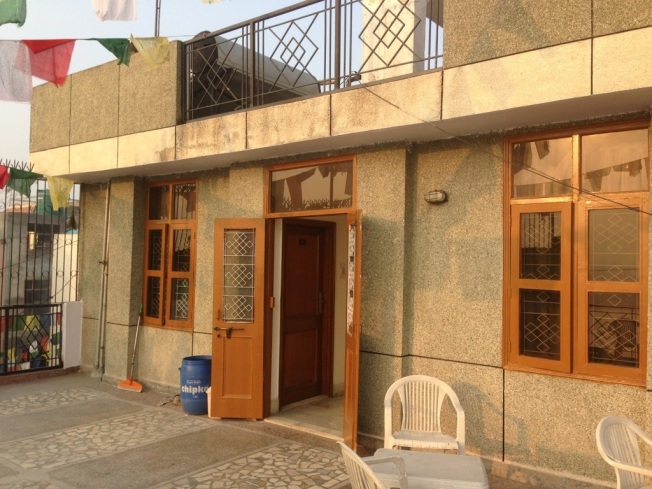