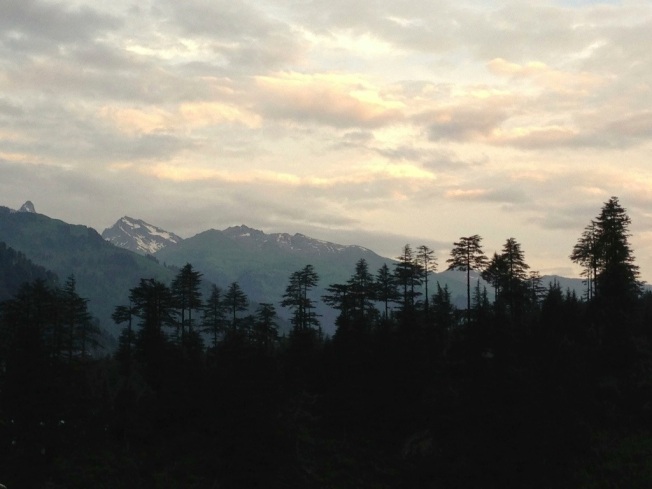 Following my ride from Leh I returned to the Viewpoint hostel in old Manali. I received a wonderful (almost heroic) reception from the owner and his family. I suggested to the owners son that he too should visit Leh. Considering I had travelled halfway around the world and had the opportunity to visit Leh it was incredible that he had grown up in Manali and not ever been there. He decided that he would like to go and make a similar trip. His father gave him his blessing and was happy for him to take time out from the family commitments. Result! Despite being newly married (3 months) he made arrangements to ride there by motorcycle with two friends. He simply needed to get a driving license and put in his application. It takes a maximum of 2 weeks to process at an office in Manali and there is no fee.  Joachim had taken a room at the hostel too and was planning to visit the Parvati valley next before attending a meditation class in Dharamsala he had already booked.  I asked Joachim to join me on a trek up the valley to the West of old Manali. It was something I thought to do when I had been in Manali the first time round.

The weather became hot and very different to the constant downpours that Manali and Himachal Pradash  as a whole had experienced whilst I had been in Leh. 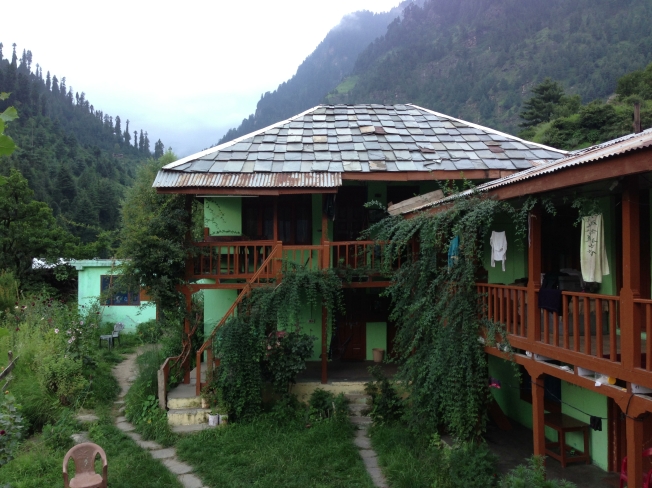 The trek out of Manali which followed a river along the valley and  up around quite high hills, fields, and forests was wonderful. The scenery changed quite a lot but was mostly  a lush green landscape. The dramatic combination of rocks, trees, rivers and waterfalls together with flowers, birds and insects made it a perfect outing in the sunshine. It was quite unspoilt and the well marked, sometimes difficult, path was often overgrown. At times it was quite precarious and took some care to avoid slipping down the steep hillsides. Once we had arrived at a particularly outstanding waterfall we stopped for a packed lunch of Tibetan bread, curd cheese, tomatoes and mango. 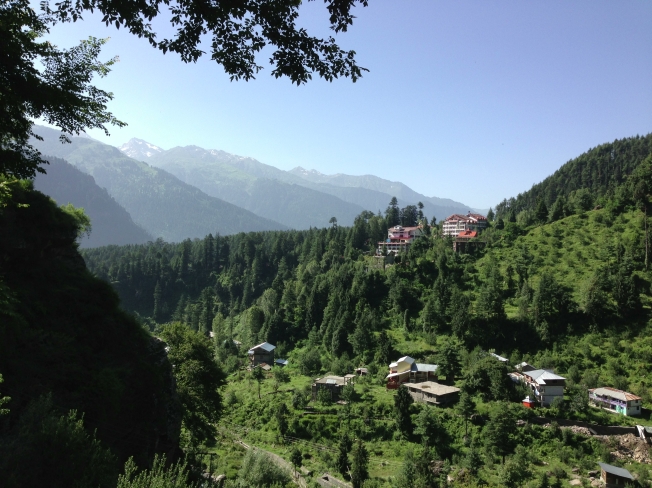 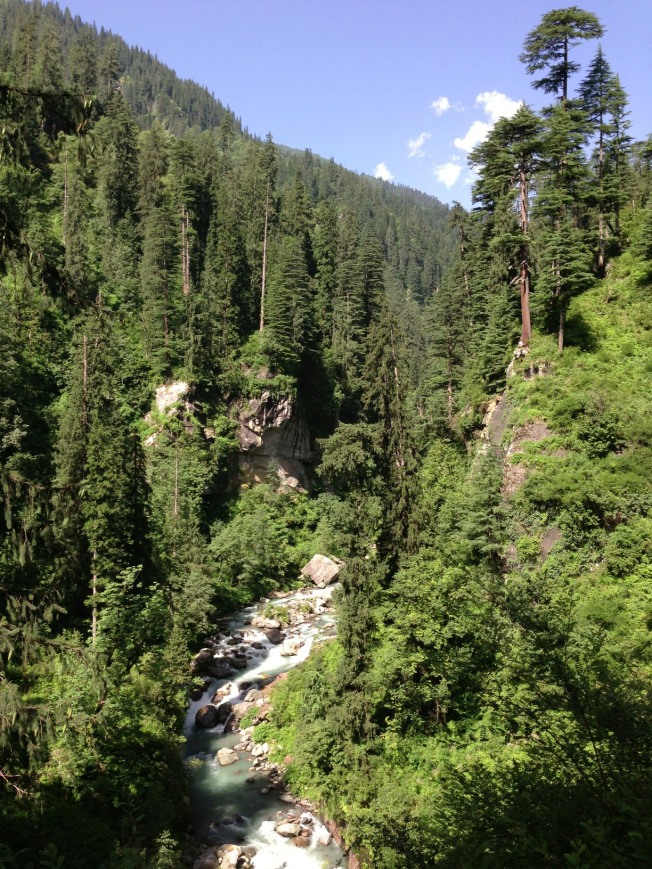 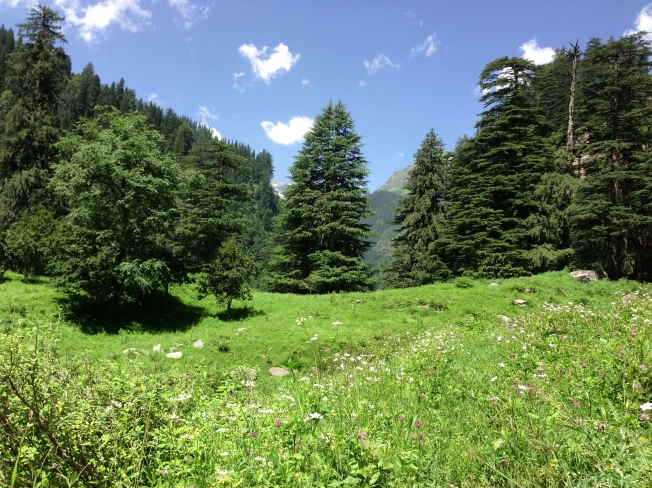 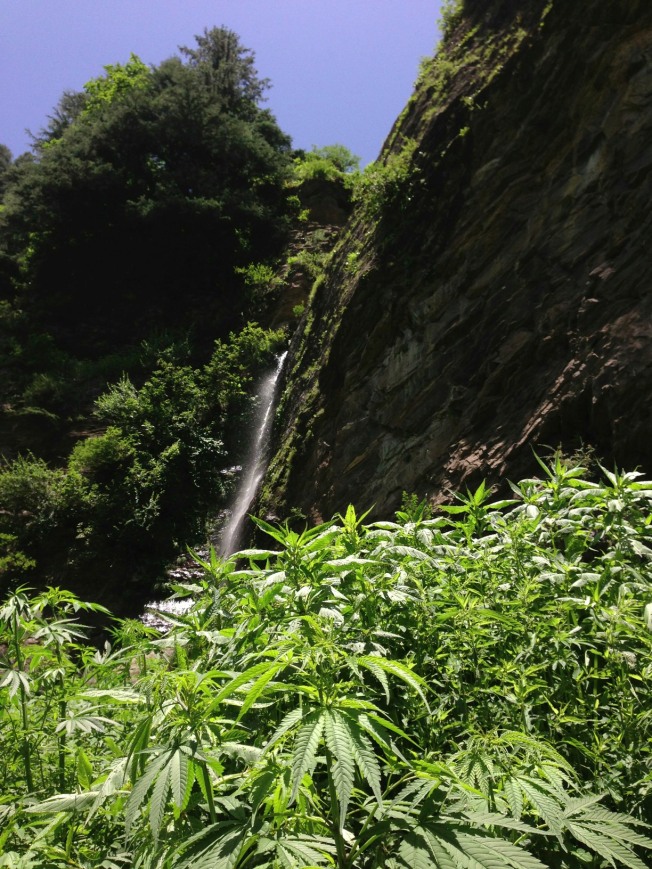 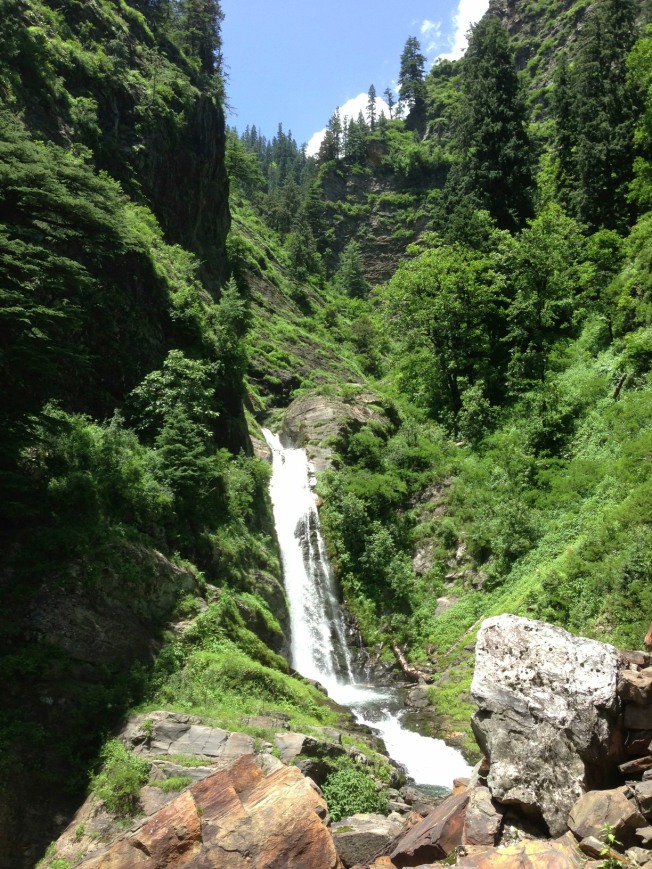 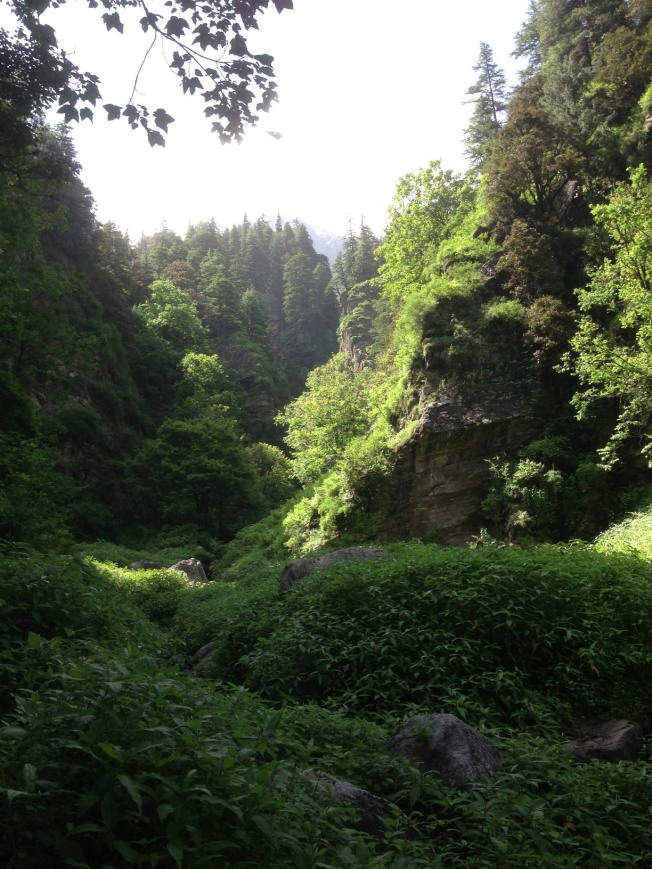 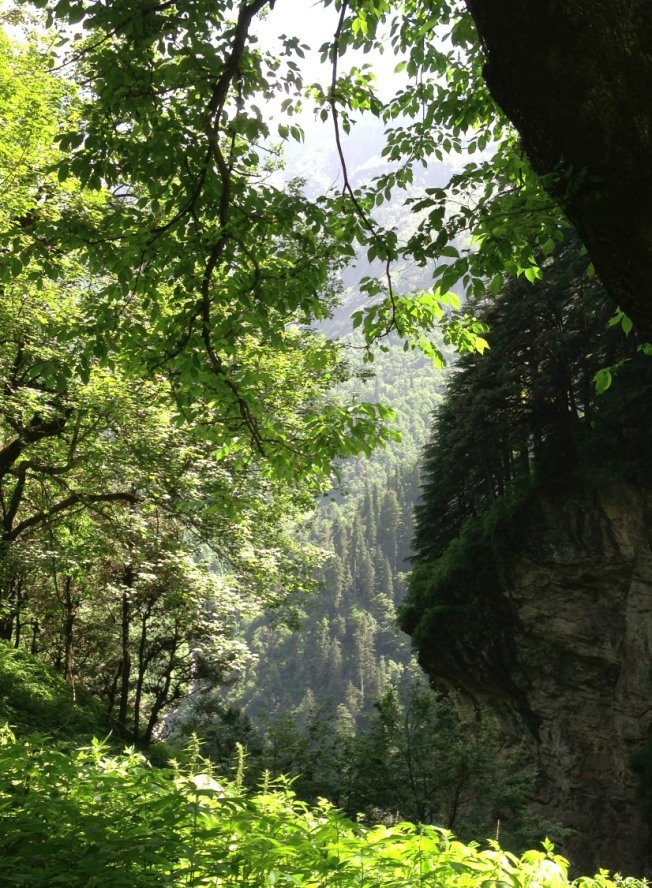 My return to Manali represented the end to my bike ride. I rested and returned to a daily routine. I took advantage of the time off and walked a great deal in Manali and tried to cover some of the places I had not previously visited. One  good walk took me high above the town to the West and through many orchards of apple trees. 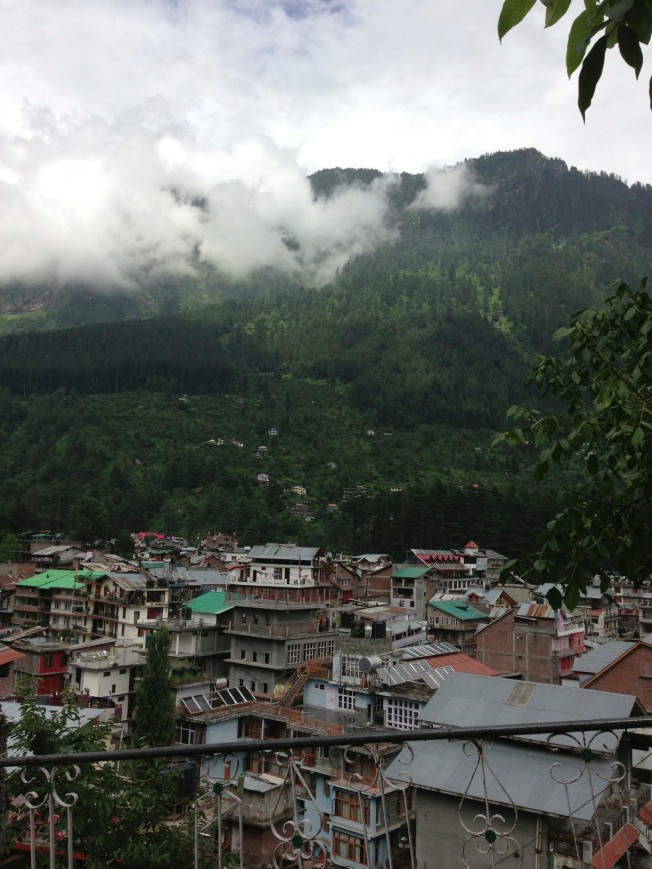 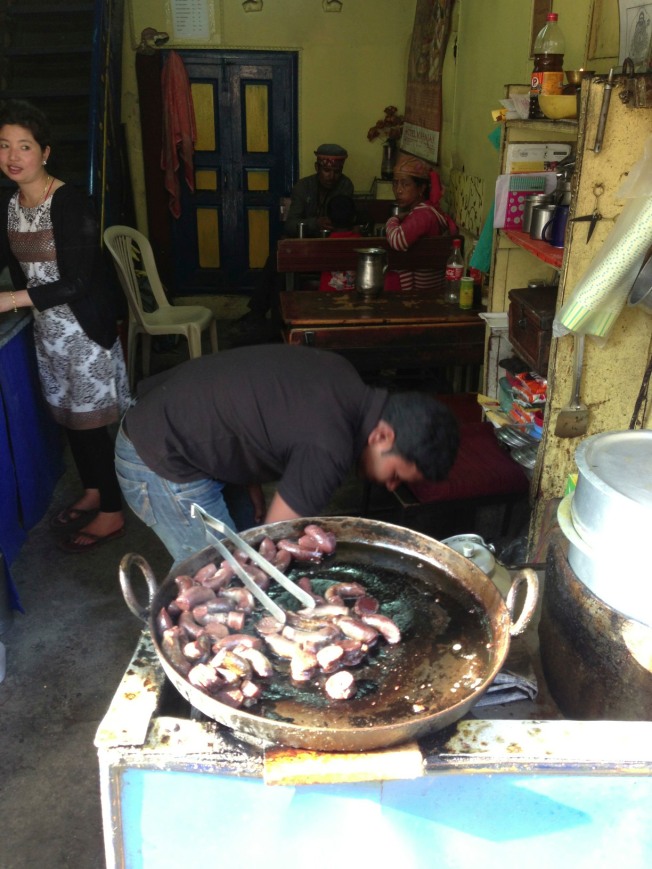 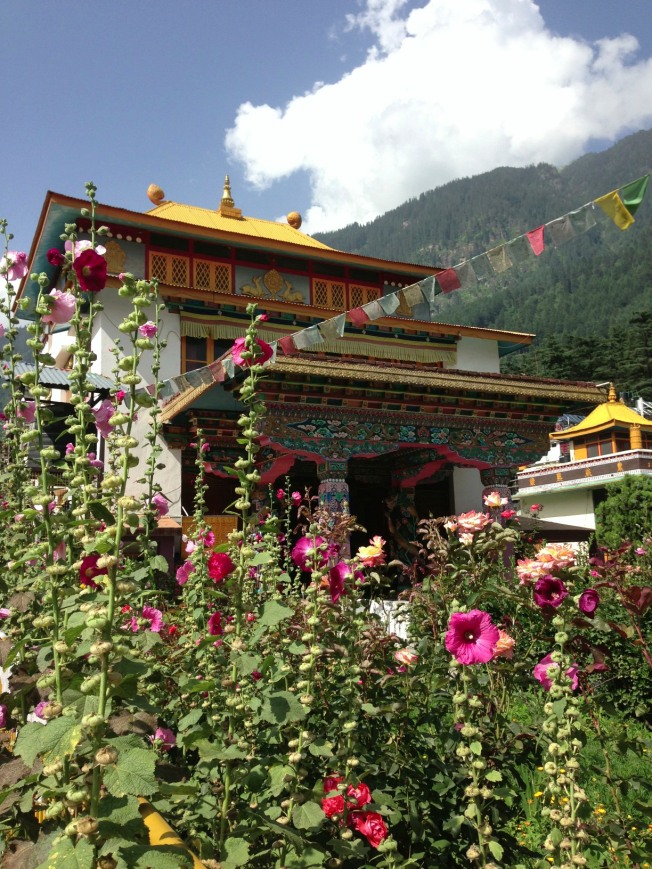 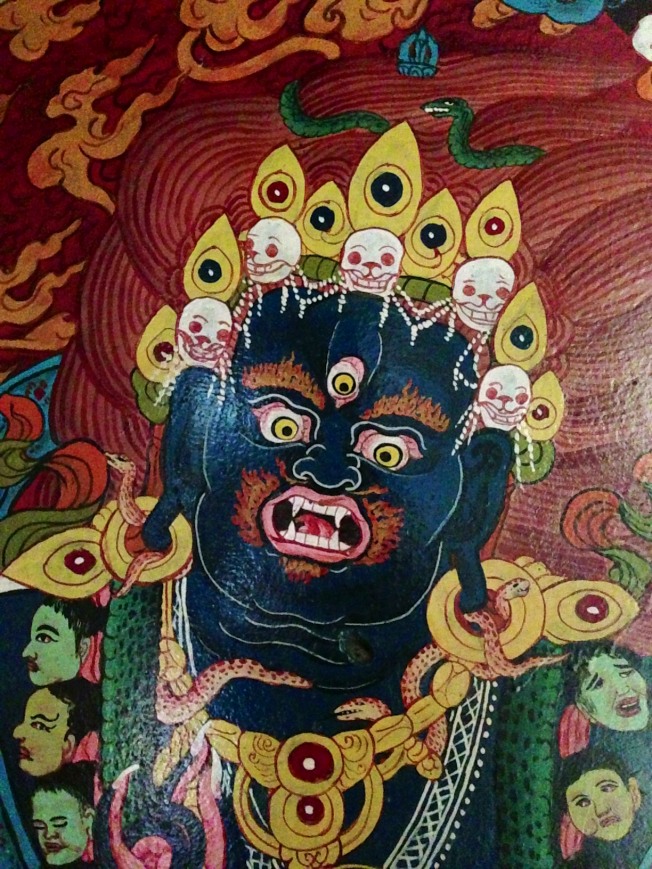 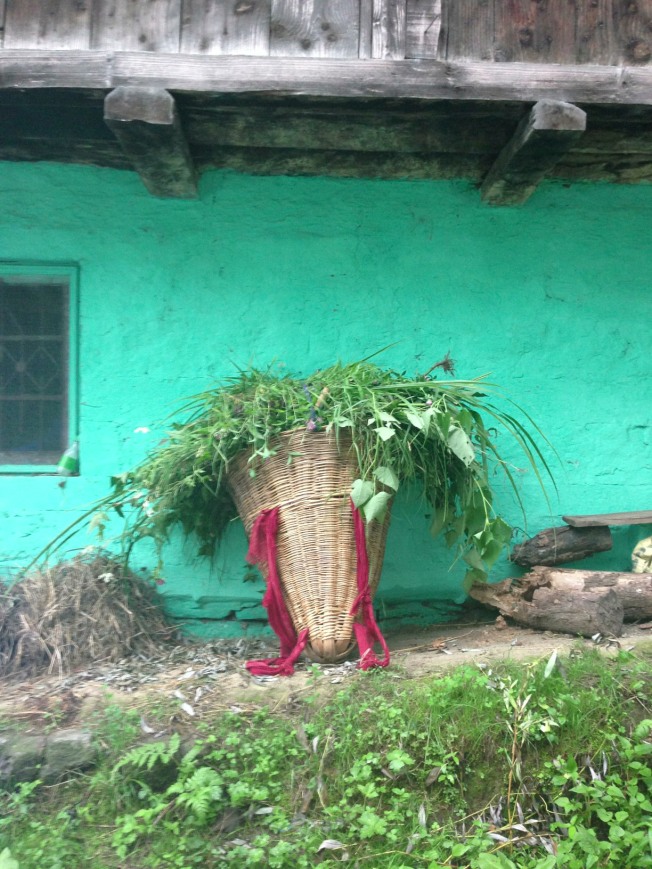 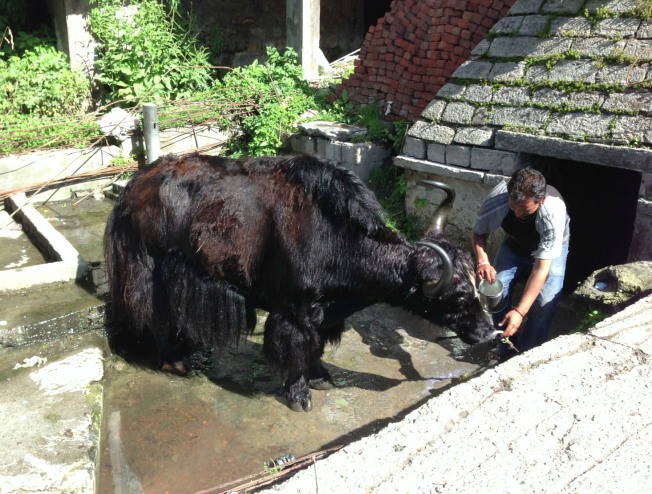 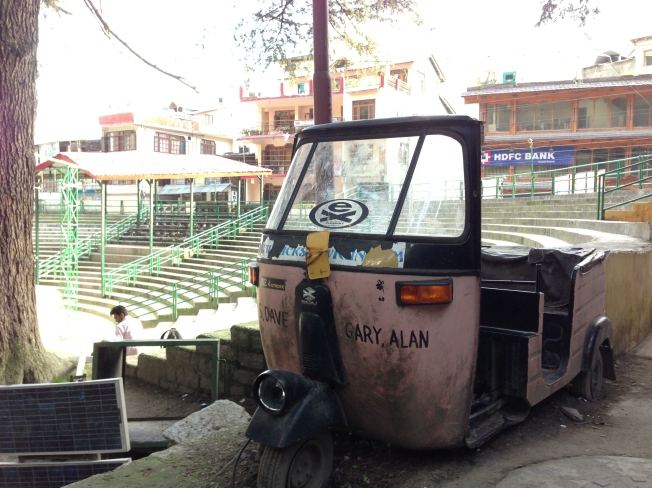 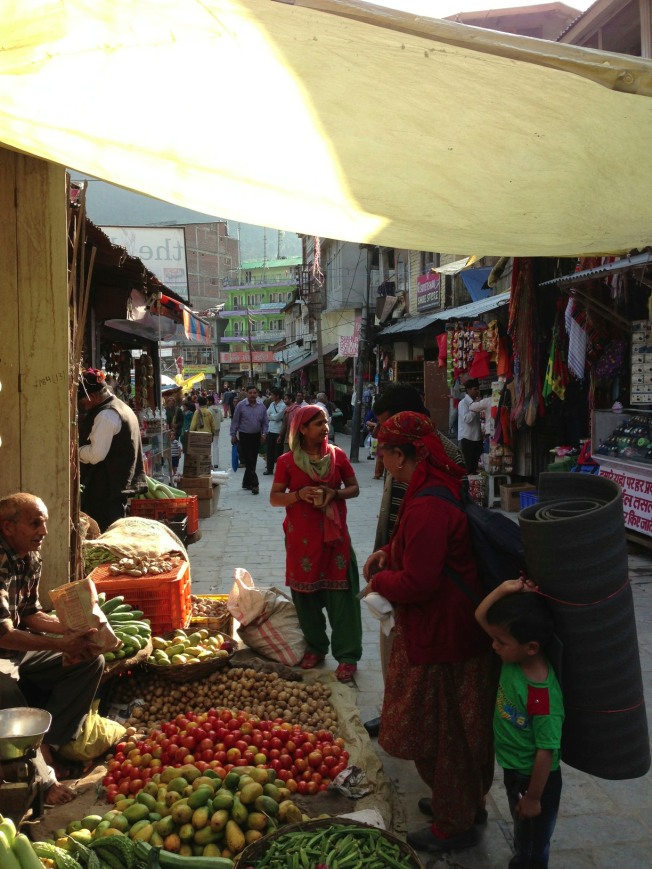