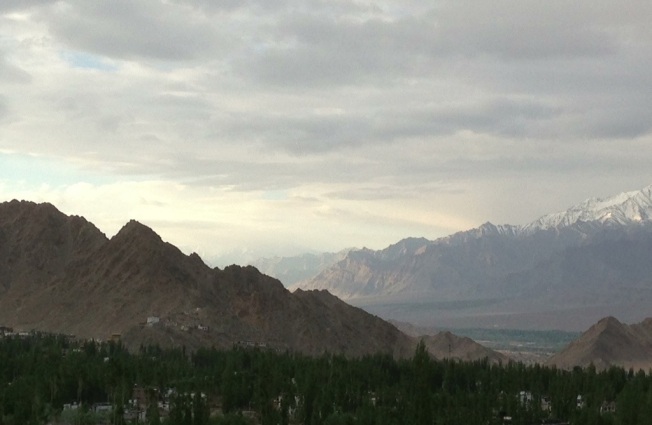 At over 3,500 metres Leh is a city in the sky. Rainfall is low and the air is dry. The desert atmosphere desiccates everything it touches. With so little ground water the limited seasonal output from the melting snow puts pressure on the population to conserve every drop of water. The increasing influx of visitors exacerbates the problem. Leh has become two cities. During the Summer when the mountain passes are open it is filled with tourists and seasonal workers. As the cold weather closes in Leh returns to its Ladakhi roots. The airport provides a vital supply link. In some respects Leh’s isolation helps to conserve its cultural identity in the face of globalisation.
My own impressions were of a Kashmiri city in the same respects as Srinagar. The mosque has a central position and early each morning Kashmiris stand on the main street waiting to be picked for work. Shops, restaurants and hotels employ a host of seasonal staff from Northern India. The fascination with Leh is that it steadfastly remains a bastion of Tibetan Buddhism in the face of such potential dilution. Ladakhis are a proud people and maintain a unique identity in the face of modern pressures. Leh is filled with symbols of that identity. Much like Kathmandu, Leh has buddhist stupas and prayer wheels at every turn. The city is overlooked by Buddhist Gompas in each direction. Ladakhi families continue to farm the land within the city boundaries as they have done for centuries.
I had expected to find a cold wasteland and isolated city. But Leh is a vibrant welcoming place that enjoys good albeit dry Summers. I stayed with a traditional Ladakhi family close to the Shanti ‘peace’ stupa bordering the Changspa district to the North of the city. Early each morning the elderly owner of the ‘Lhari’ home stay would circle and purify the buildings with a smoking brazier of burning herbs. The surrounding gardens were filled with a huge variety of vegetables. Neighbours tilled their soil using yaks and planted their own crops. Visitors like myself provided an additional income but local families continued to support themselves in the same manner as they had done for generations. The isolation and independent lifestyle of Leh’s Ladakhis families is magnificent.
My upper floor room overlooked the vegetable garden and the mountain range to the South. The Shanti Stupa, built by Japanese Buddhists in the 1980s, stood high on a hill nearby. Given that I needed to acclimatise to the higher altitudes and prepare for the long cycle ride back to Manali I climbed up to it before sunrise each day. Occasionally I would meet a 16 year old Ladakhi athlete that would run to the top. He proudly told me how he had recently won the 100 and 800 metre races at an athletic meeting in Srinagar. Watching him quickly run and ascend the steps to the Stupa at an altitude of over 3,500 metres altitude it was no surprise! 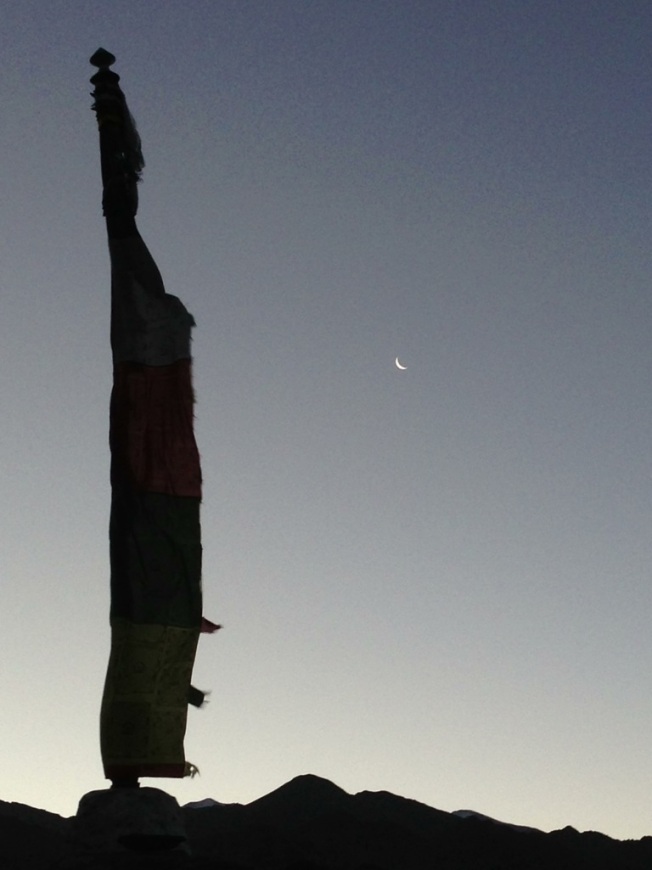 During my stay I walked extensively across the city and circled it on my bike. A river cuts through the centre and beautiful old buildings lay on its banks. During recent floods residents fled up to the Shanti stupa until the waters subsided and the river returned to normal. 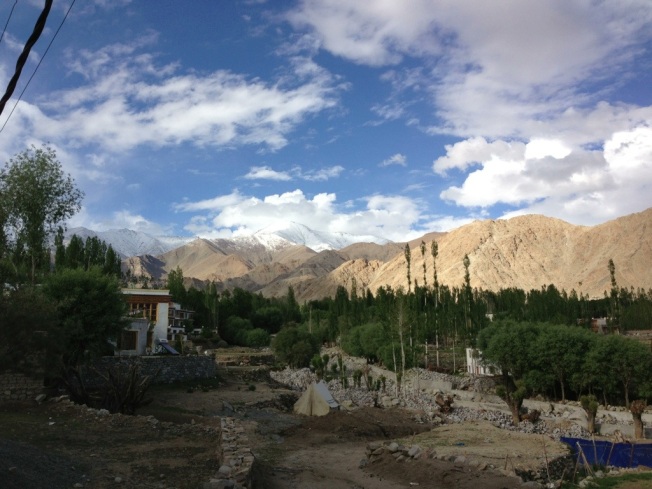 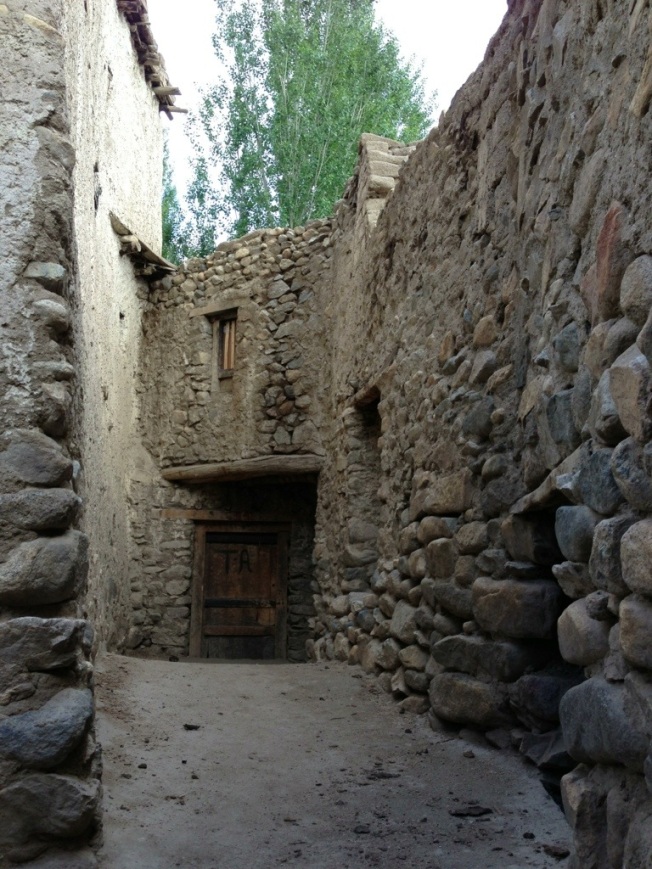 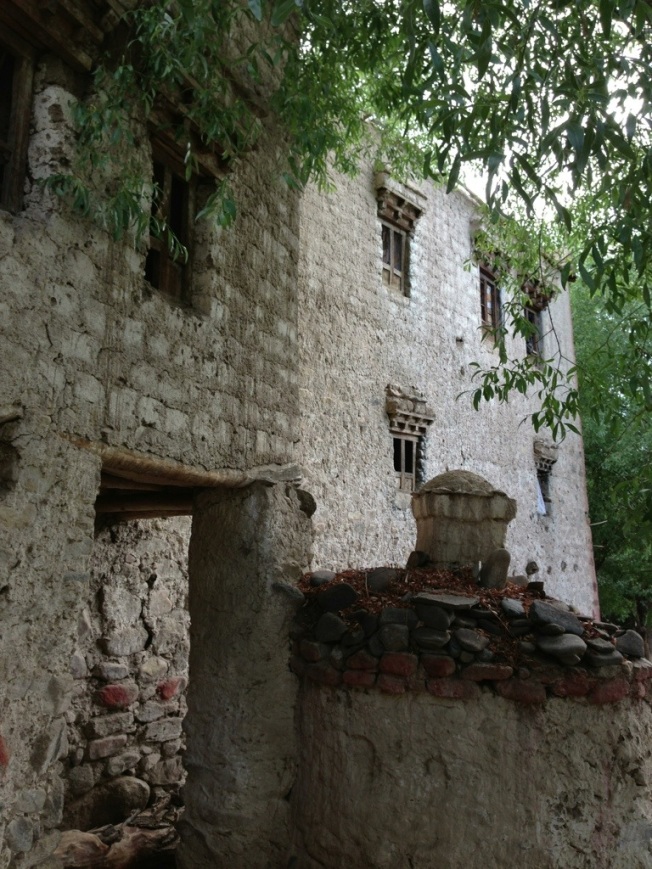 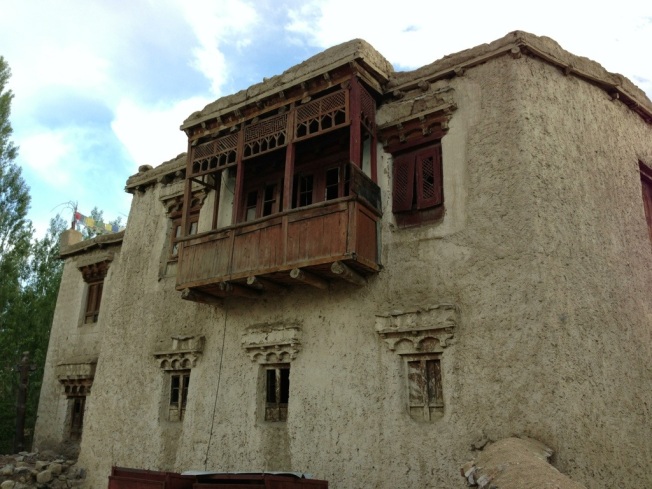 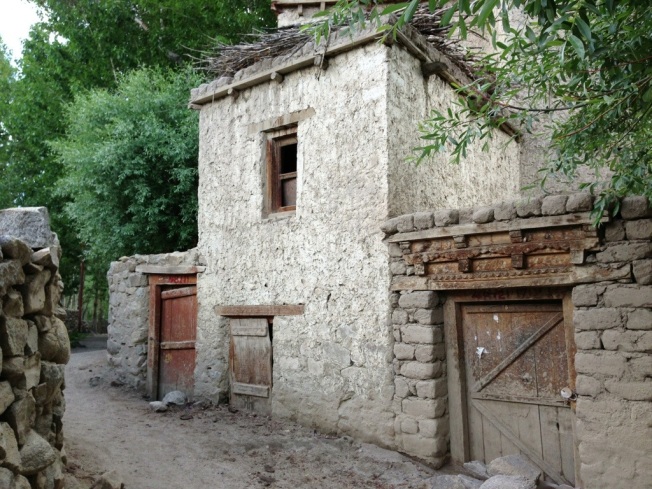 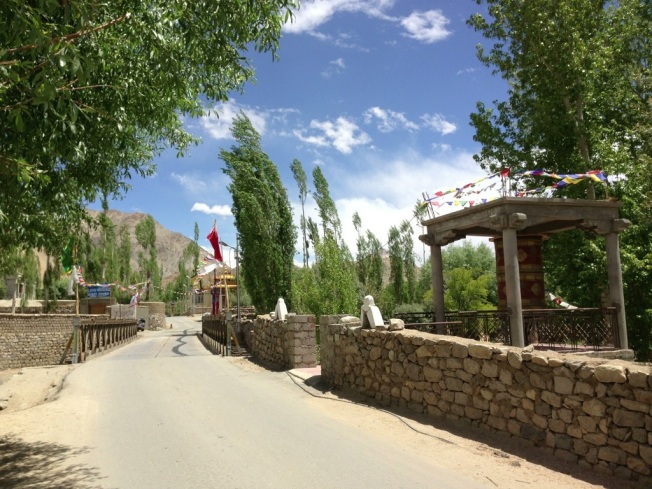 Leh’s Royal Palace dominates the skyline above the Jama Majid mosque on the Main Bazaar Road. Perched above is the Tsemo Fort, Gonkang and Namgyol Gompas. I climbed up in the heat past crumbling chortens to the fort and walked down past the palace into the maze of passageways of the old town. 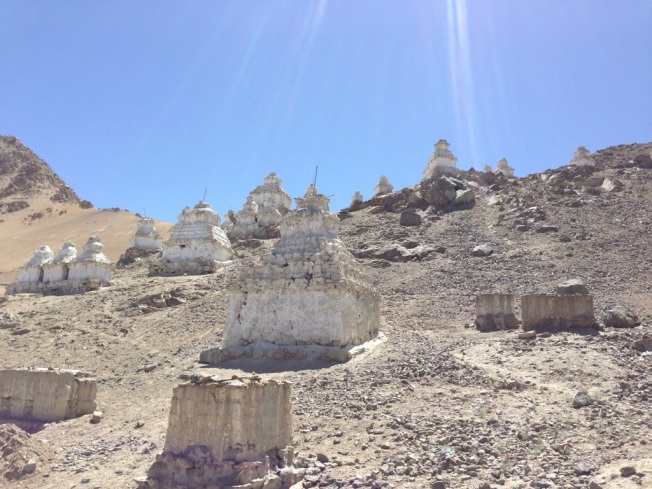 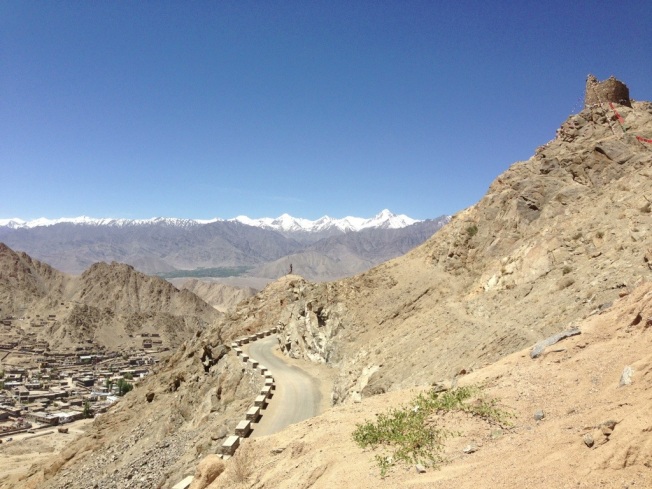 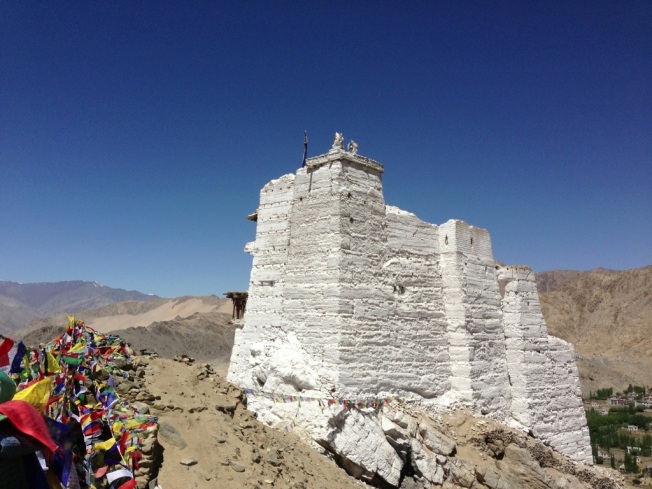