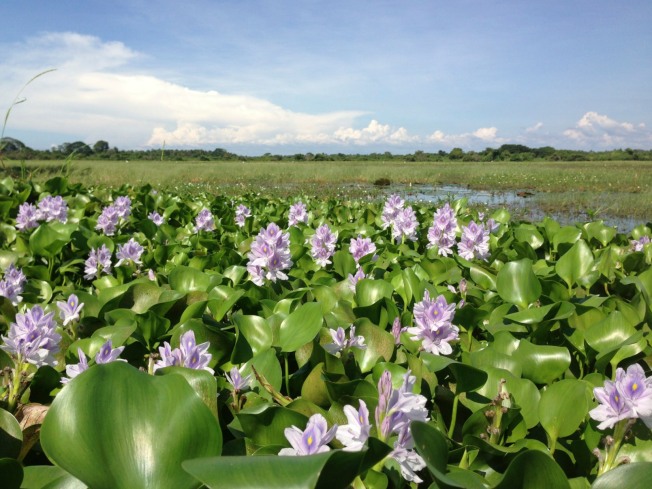 On the approach to the outskirts of the Western Coastal town of Chillaw I visited the impressive Hindu shrine at Kuddirupu. It is surrounded by a multitude of stalls selling offerings of flowers, fruits and cheap knick knacks. The temple itself is magnificent. I was treated to some pineapple by one stall holder and a devotee leaving the temple gave out fruit from a large platter and  I  gratefully accepted a pineapple before hopping back on to my bike. 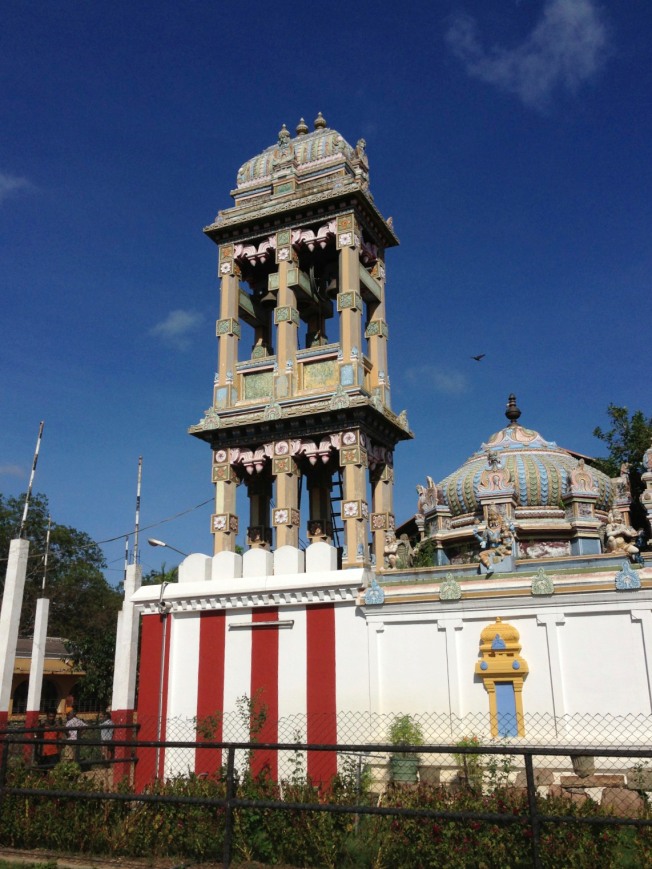 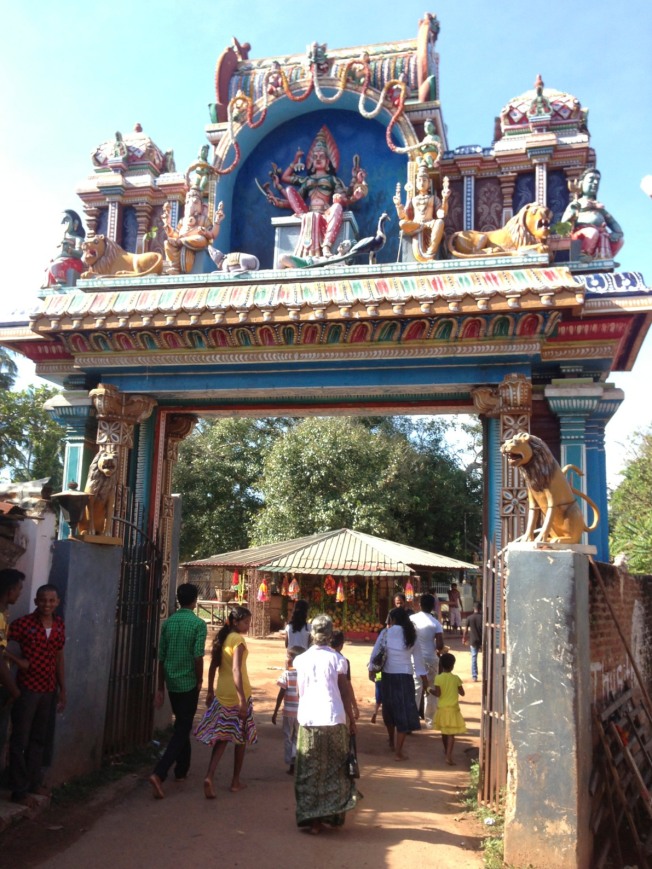 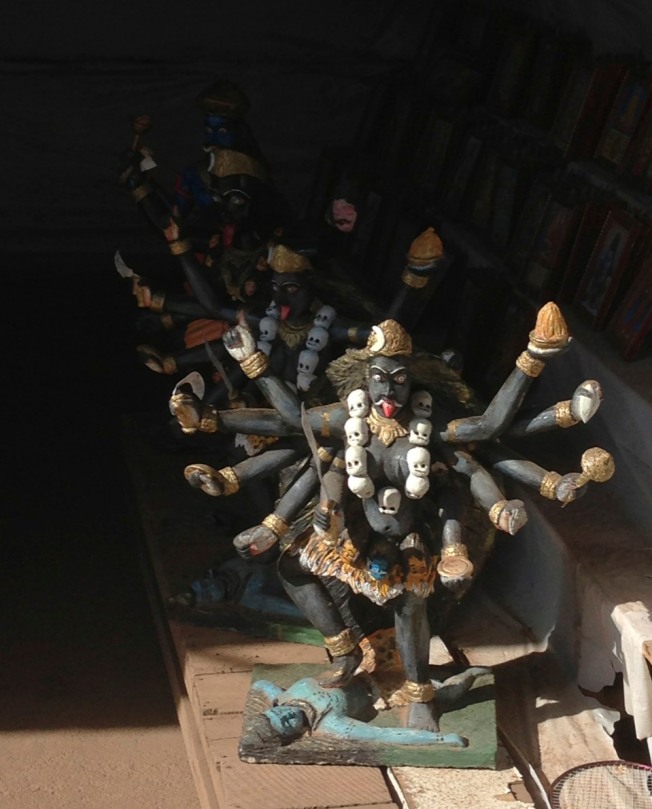 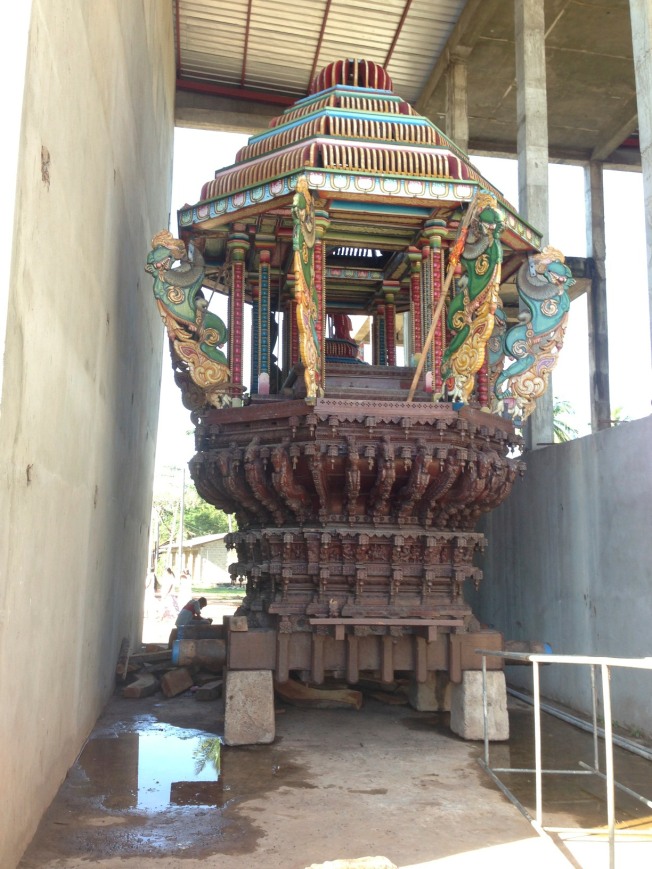 With great joy I cycled into Chilaw and onto the beach road. The receptionist at an up market hotel put me in the direction of a government rest house. It was set on the beach and a stones throw from the town centre. I was given a superb room looking out onto the beach with easy accessibility for my bicycle via a door leading out onto the hotel driveway. This was great! 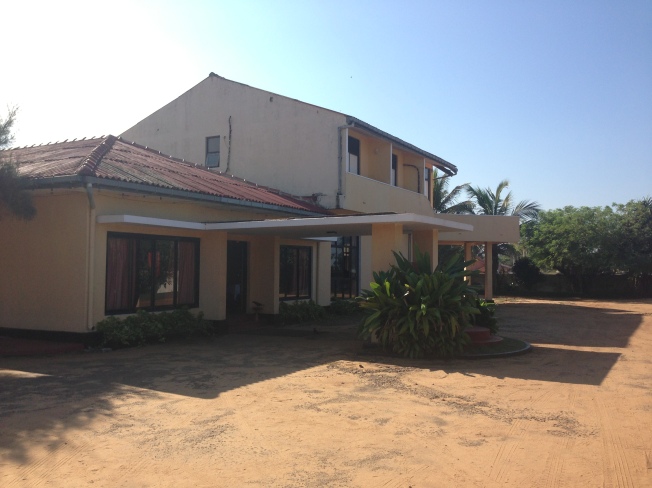 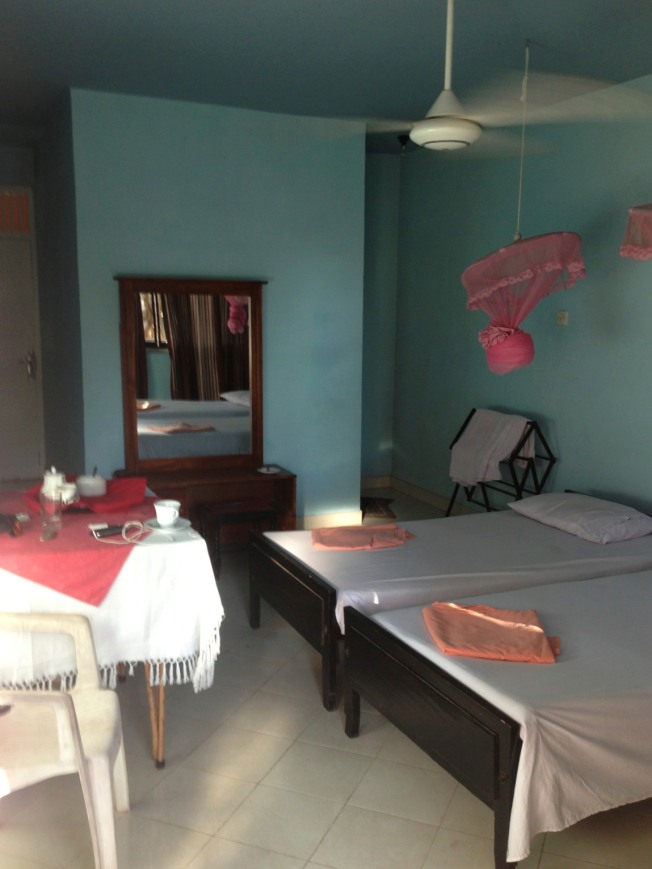 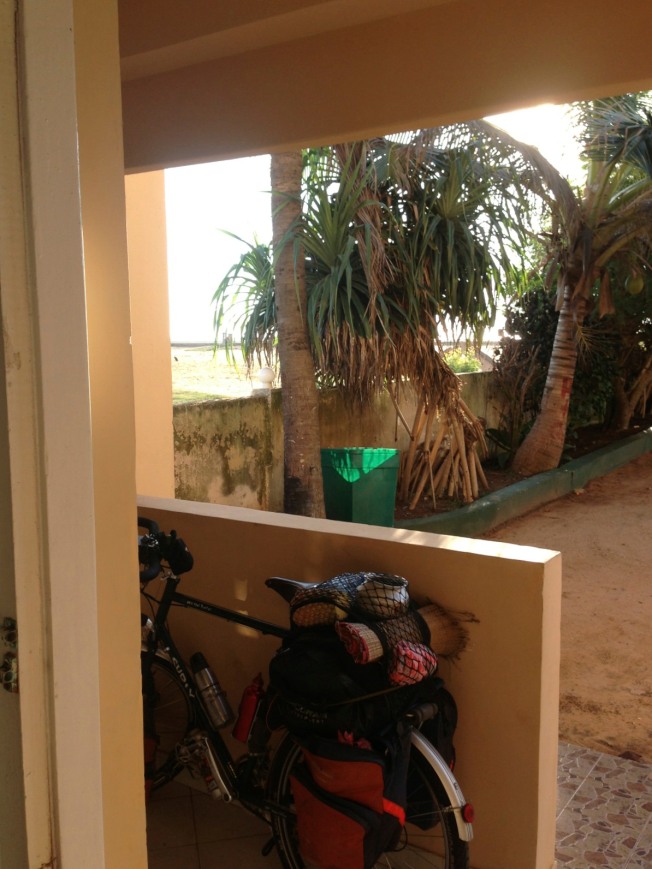 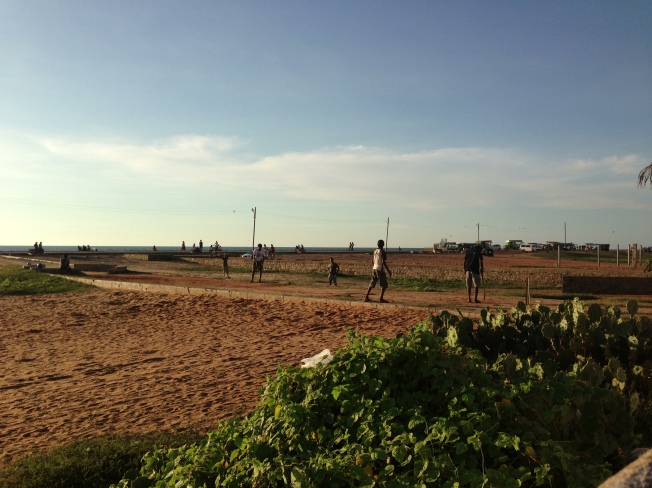 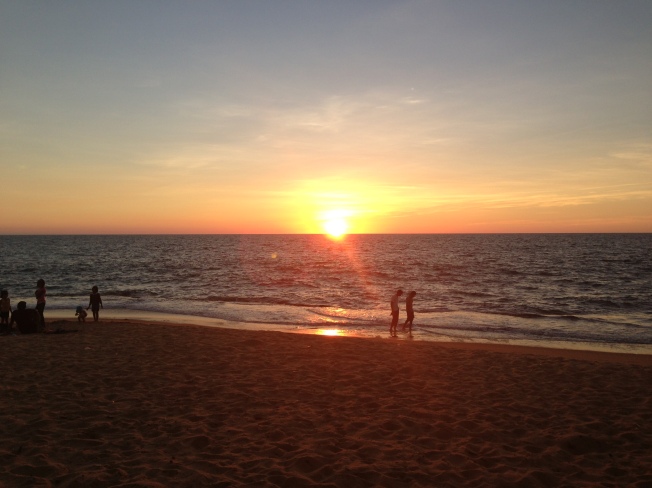 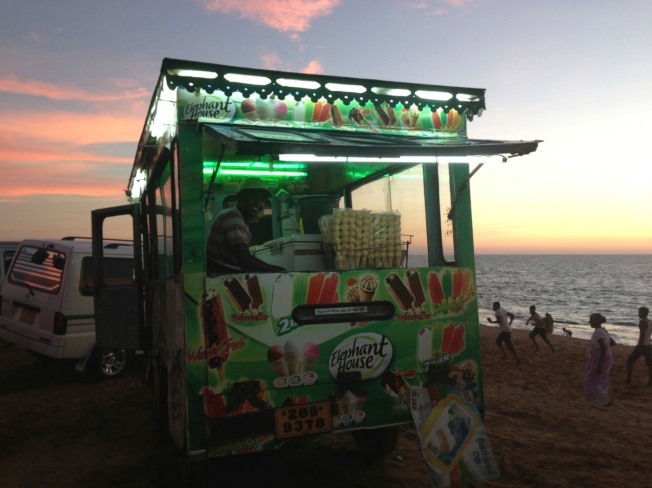 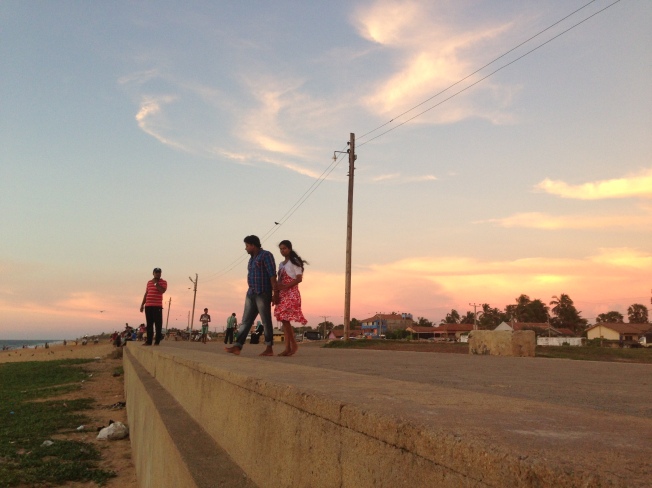 Following a good nights rest I thanked the staff at the hostel and took a little ride around Chilaw. The East coast has many catholic churches and schools. Christianity, as the dominant religion, has  a major impact on lifestyle in Chilaw. I cycled the block around St Mary’s church as hundreds of students were arriving to start their school day.. 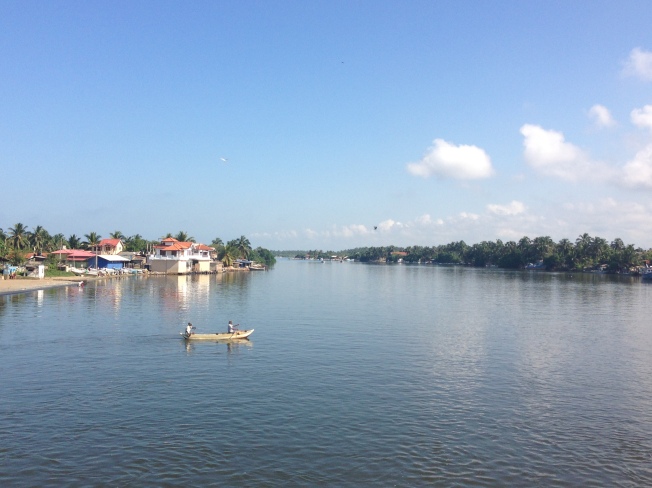 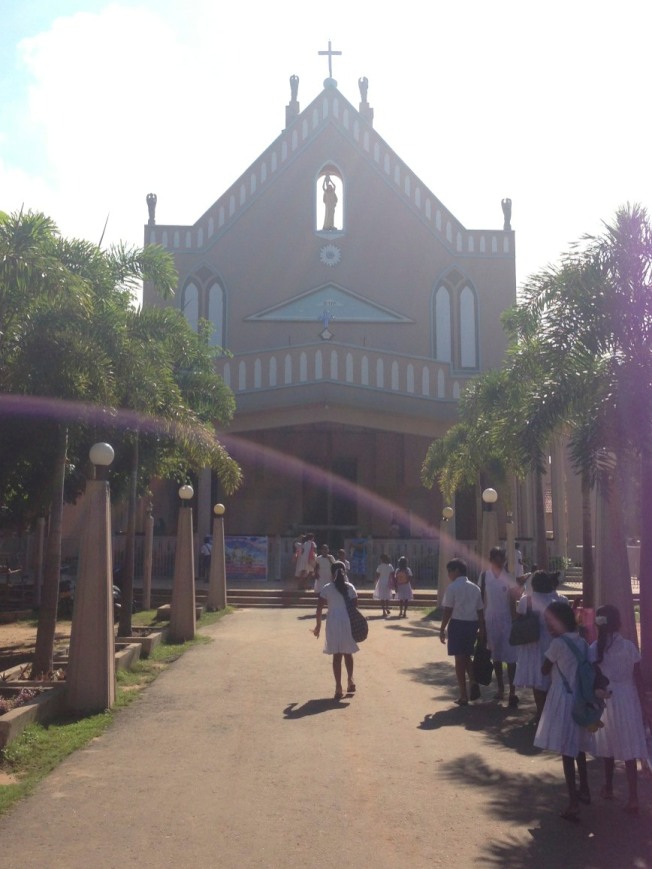