After Uda Walawe park I headed East towards Lunughamvehera park and reservoir. I stopped for a while at a rest area along with several coachloads of Sri Lankan visitors. Many people took  drinking water from a tap at the base of a large concrete boiler. In the heat of the midday sun I reached the reservoir and enjoyed the cool Southern breeze.

The reservoir itself is huge. Rather than taking the road South I found a potholed track providing a short cut towards the Sacred City of Kataragama. This track was in the process of being upgraded and rebuilt as a road. The heat was getting to me and I took every opportunity to stop and quench my thirst. The track was lined with solid low buildings giving it the look of a newly built street. I was welcomed into the shade of a front porch and once again offered food while increasingly surrounded by relatives, friends and neighbours.
I pushed on and had to cross a big water filled dip in the red stony track.
Further along I was treated to my first Sri Lankan cup of tea. A man was waving down traffic with a flag.  He was offering tea at a Buddhist temple to passing travellers. A woman poured the tea from a large steel teapot. The tea or ‘plain tea’ without milk was delicious and gratefully accepted a second cup. 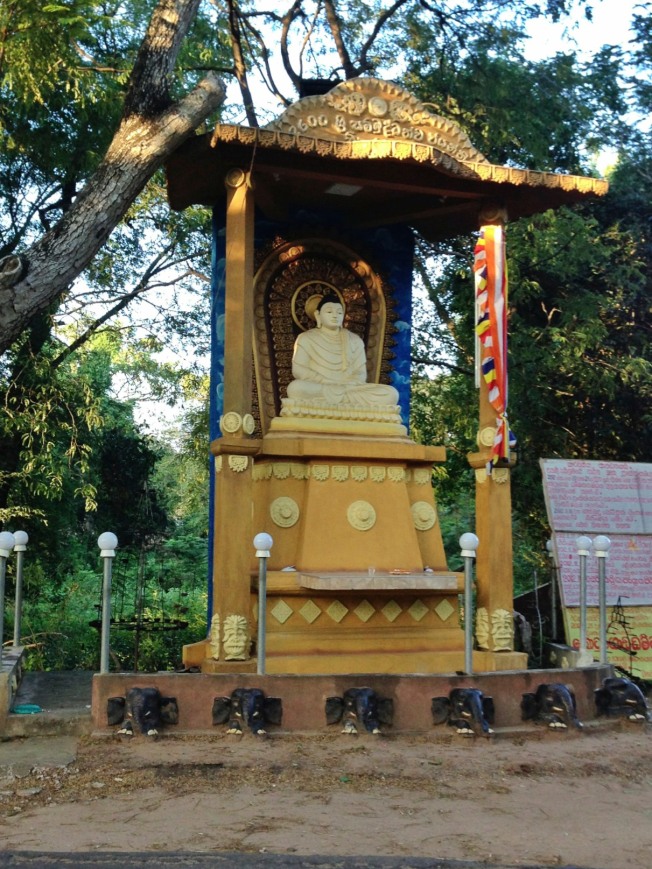 Refreshed I breezed into Kataragama. A trip through town to the Hindu tole revealed stall upon stall of offerings (mostly fruit) beautifully presented for devotees to buy.
Kataragama is a wealthy city with a colonial air. It plays host to many religious visitors of different faiths. To the North of the city and on the way to the entrance to Yala park is a large statue of Buddha. I stopped to take a photograph and set off with the light fading fast to find the entrance to Yala park. 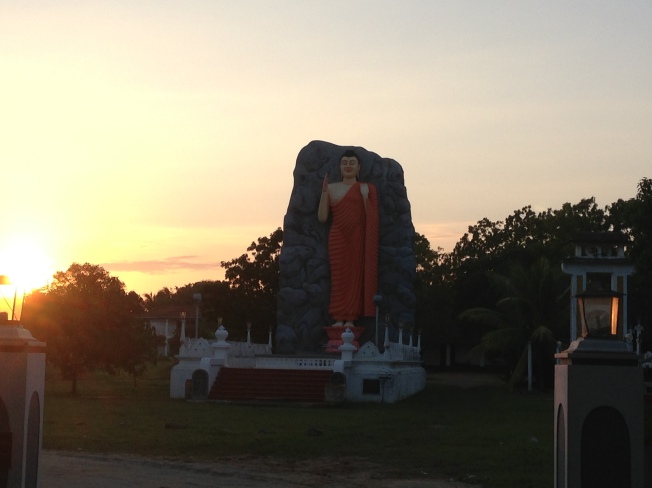