The roads to Ratnapura were quite busy but the flatlands gave way to quite dramatic scenery with high hills lush with palms. The tropical vegetation is amazing. Particularly beautiful is the jasmine and from which people collect delicate scented white flowers for Buddhist shrines. The traffic thinned nicely and finally I felt like I was seeing Sri Lanka in all its natural glory for the first time. My chosen route was to take the roads which meandered through hill formations just South of the central mountain range. But quickly I found that I had to cope with some quite hard hill work. I even resorted to using the little ‘granny’ gear on my bike to help me up the hills. Despite my preparation my legs will not yet take me (and my load) up hills without making me feel bad. Heart racing and lungs gasping for air; I took regular stops when the work became too much. The heat, humidity and the pollution does not help matters. I certainly had misjudged the weather which is bloody hot verging on the unbearable. It is HOT.

I passed through some buzzing commercial centres and then the light started fading fast. A quick look at Lonely Planet revealed a ‘rest’ house in Ratnapura. It is a large white colonial style hotel on a hill with a commanding view of the town below. Two well groomed men in white jackets greeted me on the hotel steps. I told them I wanted a cheap room and was immediately told there was only one left. They phoned the boss. One chap said it was available and would show me the room. It looked adequate and it was okay to take my bike into the room. Finally the price was discussed and I thought it too high. So I turned it down and stared to put lights on my bike with a view to leaving. But the conversation with them continued at the same time and I told them I had a maximum budget of 2000 SL rupees (@£10). Another call was made and they said it would be fine. I could have the room at that price. Result! 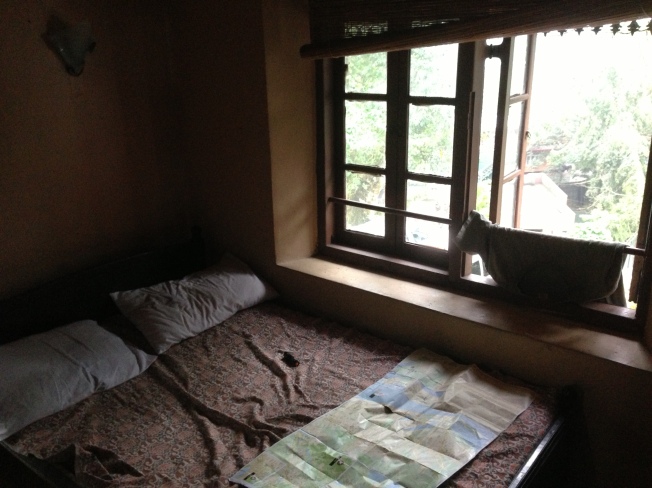 The room itself turned out to be very poor. Wooden boards under a thin mattress. Missing light bulb and no hot water. The general fabric of the room was very poor with holes in the walls and windows that wouldn’t close properly. The only redeeming factor was that it had windows with good views on two sides. So. If you find yourself in Ratnapura avoid this place like the plague. It is dire. But at least got me off the street.
I hit the streets of Ratanapura after a cold shower and change of clothes. It was just after 9pm and nearly everything was closed. I snagged a lip burning chicken curry and rice which I took to the empty bus station and shared it with several dogs which then began to follow me through the darkly lit streets. Grabbing some mango fruit juice I retired for the night and actually slept ok.

One of the men in white jackets took my 2000 SLR note in the morning and said he would sort everything out. I would guess that the room had been let to me on a personal basis and the cash pocketed. They didn’t even ask for the room key back and which I later found in my own pocket.

The continuing journey along the A4 and the A8 went very well with constant waves and friendly words from lots of people everywhere. You are made to feel quite special with all the constant attention and every stop however brief attracts lots of people to chat or stare. 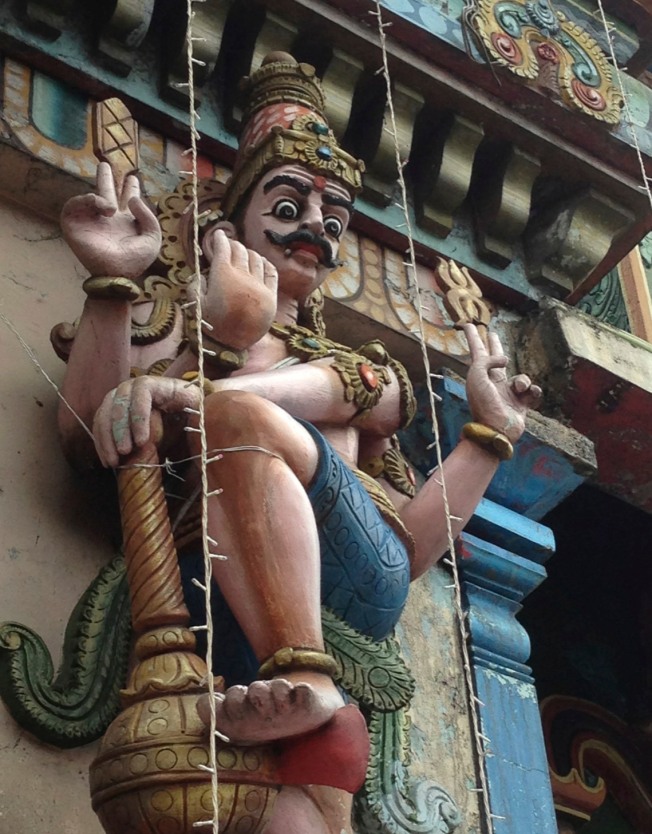 Unfortunately the sun and heat started to take its toll. Sweat pouring off me and gradually burning I had to regularly take shelter in the shade. The hills were taxing. One stop by a home became a family occasion. Even the baby was brought out to show me and I shared pictures of my own family.

I had motorcyclists and a young cyclist on his fixie running alongside chatting. I was offered water and food on many occasions but declined except for a nutty toffee given to me from a motorcyclist as he passed me.At every turn there are roadside sellers and shops sling just about everything. No shortage of local corner shops here! The towns are hectic and bustle with business of every kind and many of the shops are ramshackle affairs and rub shoulders with roadside food stalls.

To cool off I took a diversion from my planned route to find a large lake that forms part of the Uda Walawe national park. Along the road on the edge of the lake was an elephant enjoying the attention of lots of Sri Lankan people who themselves were enjoying a long weekend holiday that celebrated the full moon. I bought 5 cobs of cooked sweet corn for 100SLr (50p) ate two and gave the rest to a visiting family.

The road took me through the national park and as the light began to fade topped up water supply from a small river and spied a place to camp. I write this to the sound of chanting from a Buddhist shrine close by on the other side of the river and which blends in with the night sounds of birds and insects.