I had planned to embark on a cycling tour of South America during 2016. It certainly ticked all the boxes with phenomenal looking high altitude landscapes and awe inspiring locations. But the timing didn’t seem right.  Aside from certain ongoing commitments at home I had a ‘bad feeling’ about the venture. Maybe it was the reports of cyclists being robbed at gunpoint. So my intended flight window in late February came and went. It is just as well since a massive earthquake hit Ecuador.

But and being the lucky guy, I had the opportunity to revisit Nepal. The ‘lost kingdom’ of Mustang already had my attention. A few years previously when standing with a grandstand view of the Annapurna range from the Sarangot viewpoint above Pokhara I had looked and wondered if.. maybe..

A month in Nepal took me from Kathmandu to Pokhara via the Annapurna ‘circuit’, over one of the highest trekking passes in the world and then into the high altitude desert of Mustang. I loved it.  To say it was an awesome experience is an understatement.

However, and just prior to that journey, I had been contacted by another ‘cycle tourist'(Andrew) with regards joining his group trip to Tajikistan.  He had several potential companions but they had dropped out. I asked him to keep me ‘in the loop’.  I am not great with other cyclists but would think about it. The M41 or ‘Pamir Highway’ is one of the great adventure cycling routes and had earmarked that one as a ‘possible’. When push came to shove I thought why the hell not. It seemed cheap enough. Flights were booked. Andrew opted to fly into Istanbul with British Airways from Newcastle. Turkish Airlines would take me from London all the way to Dushanbe via Istanbul. Better in my mind to let them take care of the bike and luggage for the whole distance than mess around at transfers. Prices weren’t too bad either. Turkish airlines have different regional rates for flying bikes. It works out to less than £75 each way for the bike.

Bike prep went okay. It already benefitted from a fair few replacement parts. It was good to go. My only reservation was that my bike and gear were too heavy. I can no longer, maybe because of my increasing decrepitude, shift it like I used to. It had been my plan to convert to a lightweight  bike packing setup as part of an  all new ‘expedition’ bike build.. possibly including a Rohloff and SP Dynamo hub. But with so much newly fitted on the Surly it needs to be ridden. With my bike and gear tipping the scales at over 35kg I panicked a little, unpacked and tried to cut everything back to the bare minimum. Spare tyre and third tube were put to one side. This proved to be a bit of a mistake.. 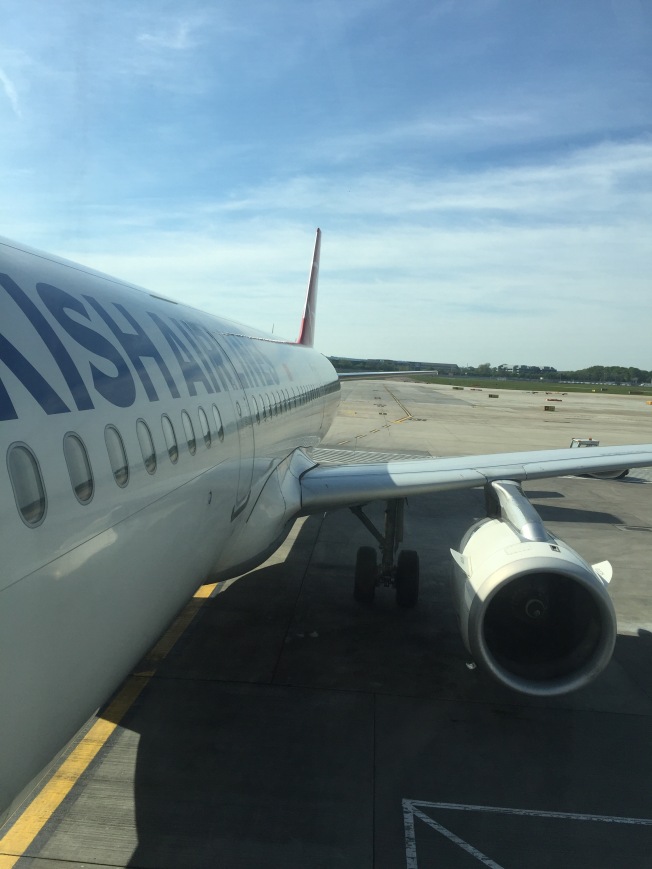 Tajikistan provides a 30 day visa on arrival at Dushanbe airport. Formalities require the completion of an immigration  questionnaire together with a visa application. Both forms are available at the visa office opposite passport control. The visa requires a passport photo and costs $45. Somehow Andrew had neither money (packed in luggage) nor a photo. But we managed and they used a copy of his passport for the photo. A guy in the queue told us it was important that visitors needed to get their hotel to stamp the immigration form before departing.

It was 5am, dark and chucking it down outside the airport. But Andrew was keen to get out and quickly we found a ($10) taxi that would take us the 2km to our booked room. I thought we might have to politely hang in the street till people awoke but the taxi driver quickly rang the bell to the hostel and one of the owner’s sons opened the gate. We were home and dry bikes n all.

Green House Hostel (Tel +992 880082725) is perfectly positioned close to the airport, railway station, GBAO permit office and the Green market. Having only opened its doors to travellers in 2014 it provides what can only be described as the best experience one could expect. It is family run. Prices are better than good and provides self catering and high quality lodging. It is both comfortable, luxurious and with a very relaxed atmosphere. It is a gem of a place to stay and hugely popular with touring cyclists.

Andrew hit the sack having pulled an all nighter. I hit the road into town to test my rebuilt bike.

Dushanbe is a very green, very clean city which quickly reveals its Soviet colonial past. Grand buildings and statues nestle amongst open green spaces filled with flowers, grass and trees.  It was a holiday; ‘Victory Day’. Having stopped by the statue of Ismoil Somoni,  an uniformed official made a bee line for me and demanded ‘money..money.. dollar’. I smiled and carried on towards a few more local sights. This included the second highest flagpole in the world and which, somewhat oddly, is rated as one of the recommended attractions in the guide books. It is a flag pole and it is tall. 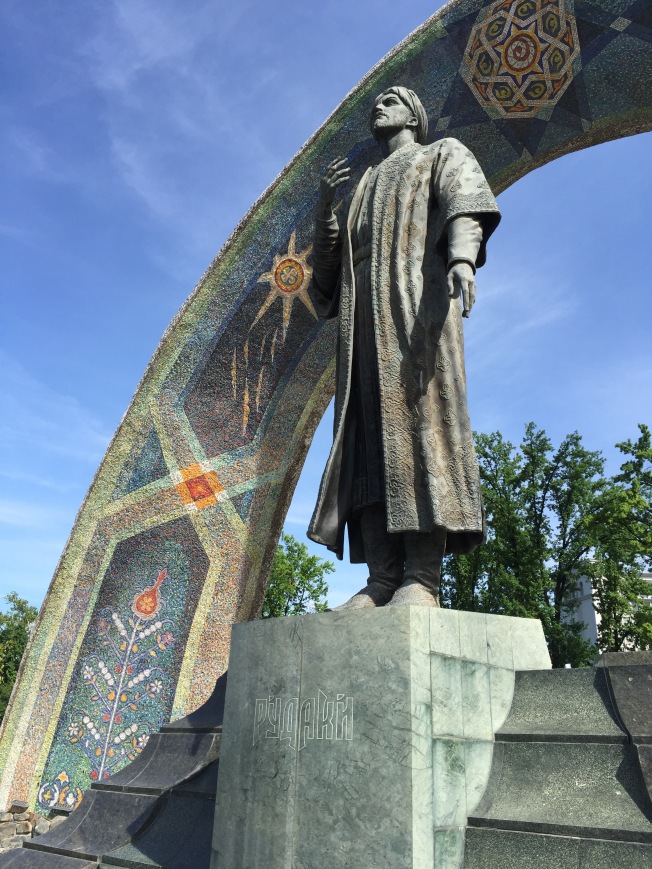 The process of obtaining a permit to visit the Gorno-Badakhshan autonomous region of Tajikistan is fairly straightforward. See here. It does however take a day or so unless there are special arrangements. By luck more than anything else we revisited the issuing office later the same day and it was ready for collection. Now there was little to stop our adventure East along the Pamir highway and set off the next morning in the sunshine…