Initial impressions of Manali are disappointing. It is, naturally, a huge draw for tourists seeking refuge from the heat of the Ganges plain and beyond. Manali has a seaside town atmosphere and is heaving with people. The main drag is a pedestrianised area awash with shops, restaurants and travel centres. However the surrounding scenery is nothing short of spectacular. The Beas river has carved through the rock and helped created a valley that extends over 80km South to the Pandoh Dam reservoir. At Manali it is fast flowing and loud. Himalayan ranges rise up in every direction and stand proud above alpine forests. To the north are the formidable mountain passes which lead to Ladakh, Pakistan and ‘Tibetan’ China.
I had the address of a hostel in old Manali. The road winds up past a pine forest, down over a river and then up once again towards the old town. The original village is very attractive with distinctively built wooden buildings.
The newly replaced Manu temple represents the story of how the ‘law maker’ Manu, a little like the biblical Noah, arrived here following a great flood. 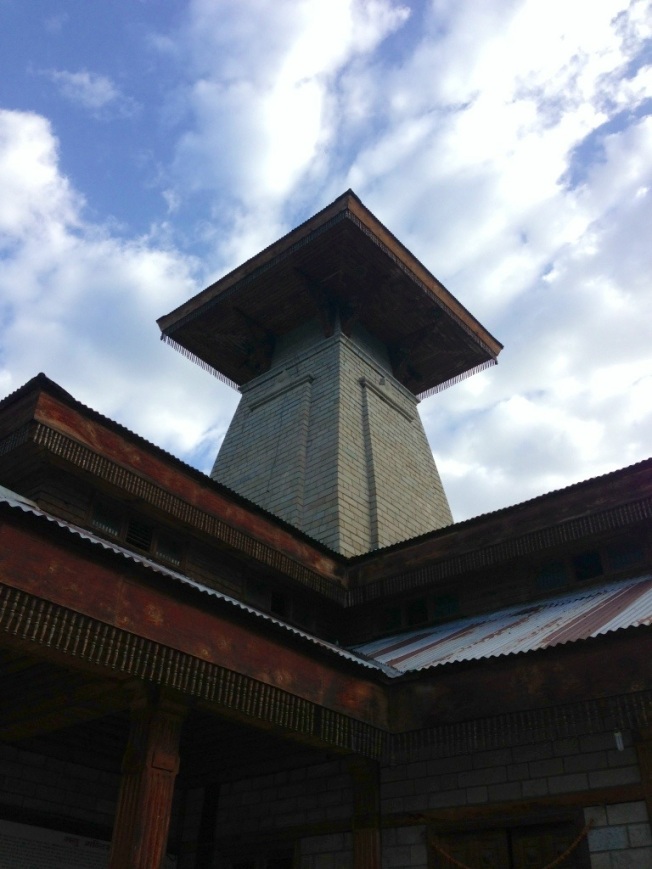 On the opposite bank of the Beas lies the village of Vashist which boasts of hot water springs for bathing. Aside from the usual tourist shops, hotels and restaurants Vashist has developed a reputation for being a destination for ‘stoner’ Western tourists with a cafe culture to match. It also has a large number of motorcycle hire companies. Row upon row of Royal Enfields gleam brightly alongside the road leading up to the village. 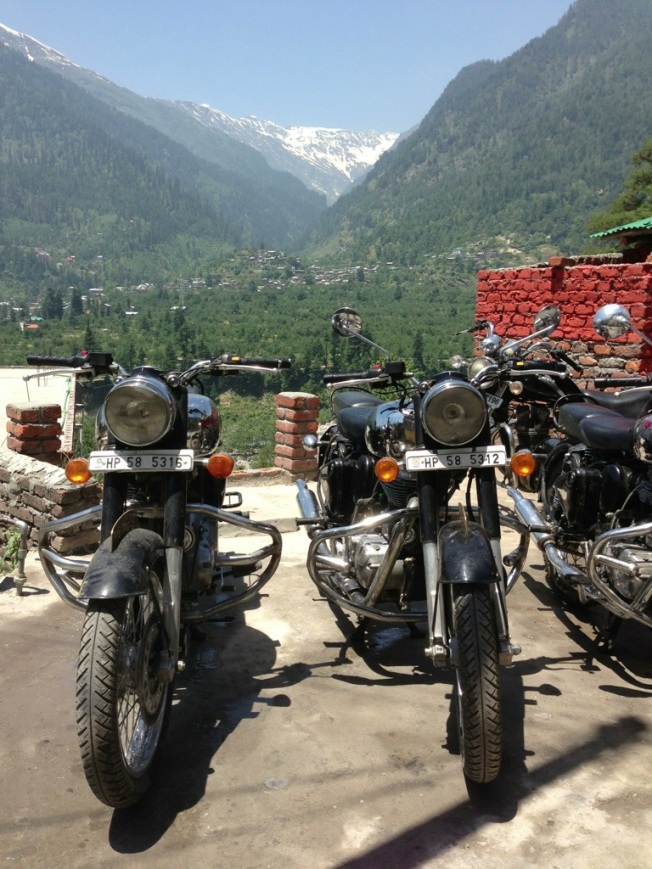 New Manali and the commercial centre sprawls along the West Bank of the river Beas. It mixes working class suburbs with a Tibetan community, Buddhist monastery and temple. It is separated from the old town by ancient forests. The ‘nature walk’ is particularly pleasant and in the hill forests above is the Hidimba Devi temple containing a natural cave shrine. 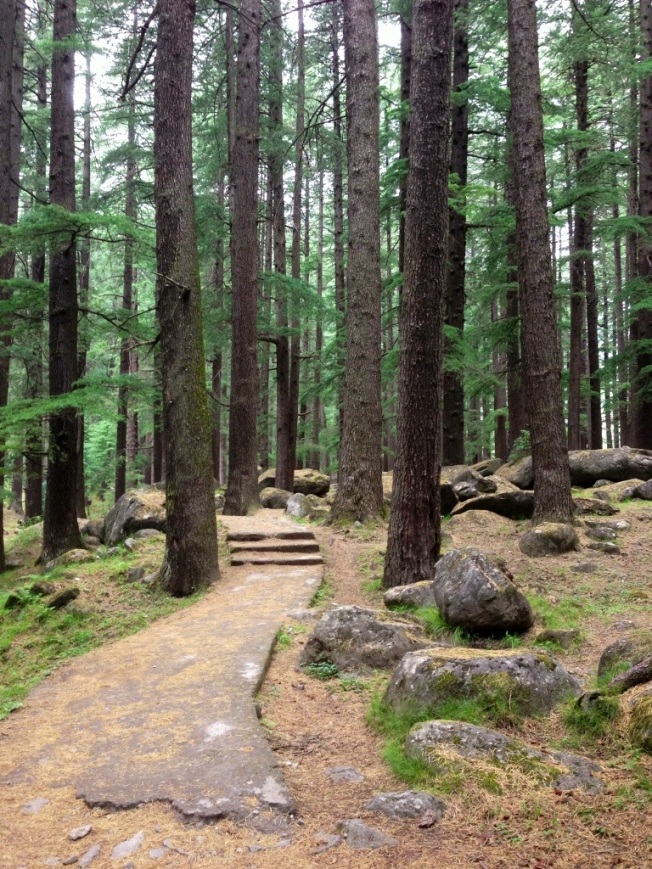 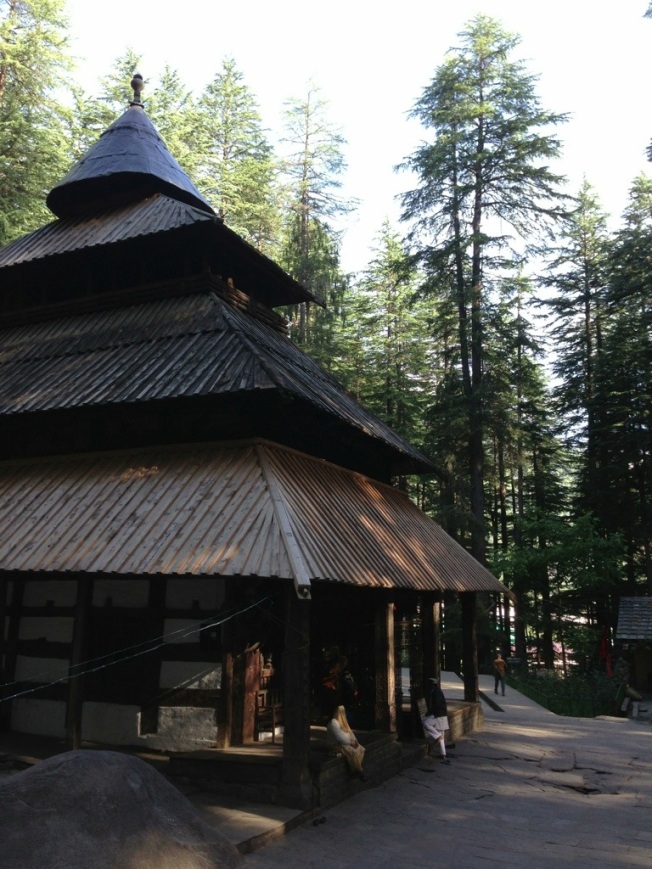 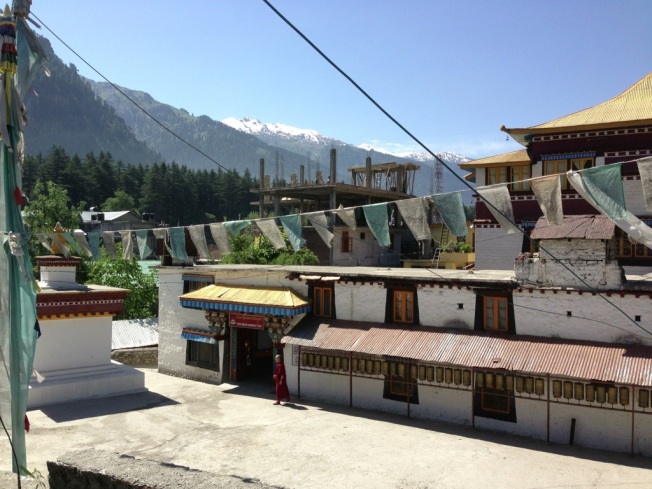 Beyond Manali is the Rohtang pass. Many Indian tourists find their first experience of snow there. It is also the gateway to Ladakh. At 2am one chilly morning I popped my bike on top of a minibus and left for Leh. I had been disappointed by my failure to get there from Srinagar. I was going there after all and cycle back to Manali via one of the most exciting and highest routes in the world. Wow. 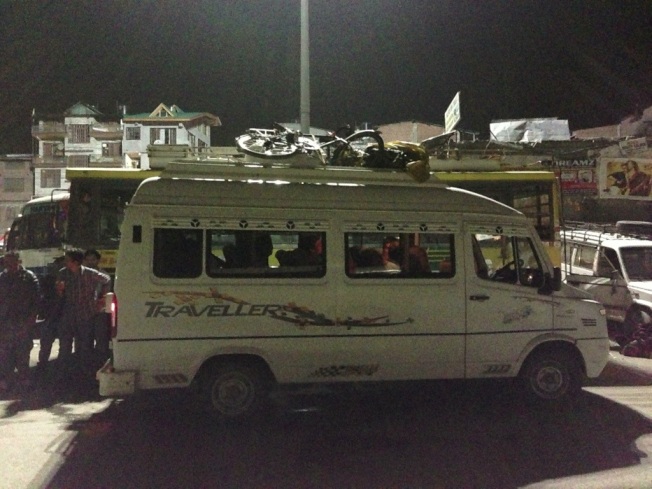