With a steady flow of visitors at the guest house resting after trekking in and around the Annapurna range I was tempted to do one of the established routes. I considered wether I should follow in Prince Charles footsteps and do the 5 day Annapurna trek. However I decided it was more sensible to get to know Pokhara and visit some of the local highlights. They do not come much higher than the viewpoint at Sarangkot. The village is situated high above the lake at Pokhara and provides the take off point for paragliders. The road up is quite steep and pretty rough in parts. It provided a good challenge on my bike. 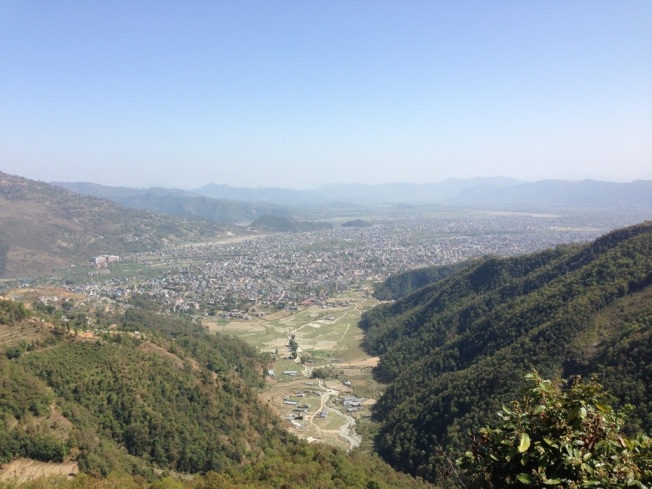 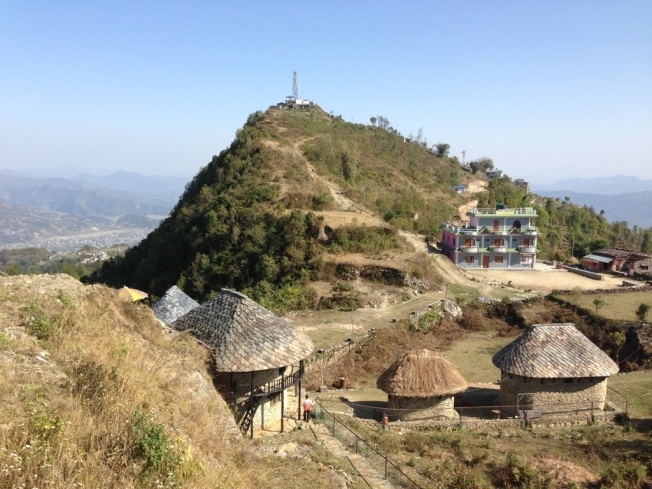 In the foreground in the photograph below it is possible to see a red coloured Buddhist school. On good advice I decided to visit this later. Cloud partly obscured the Annapurna range.
The white knuckle ride down on the bike was exciting. The clouds had lifted a little off the peaks and I stopped to take a few pictures. However a clearer day provided a better opportunity to capture the range and ‘Fish Tail’ peak. 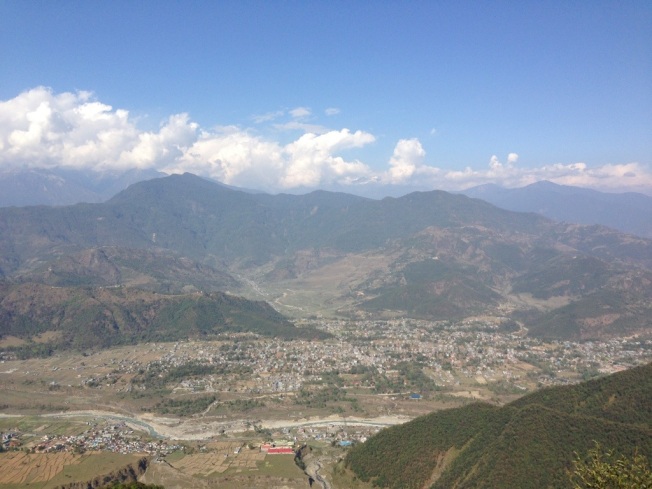